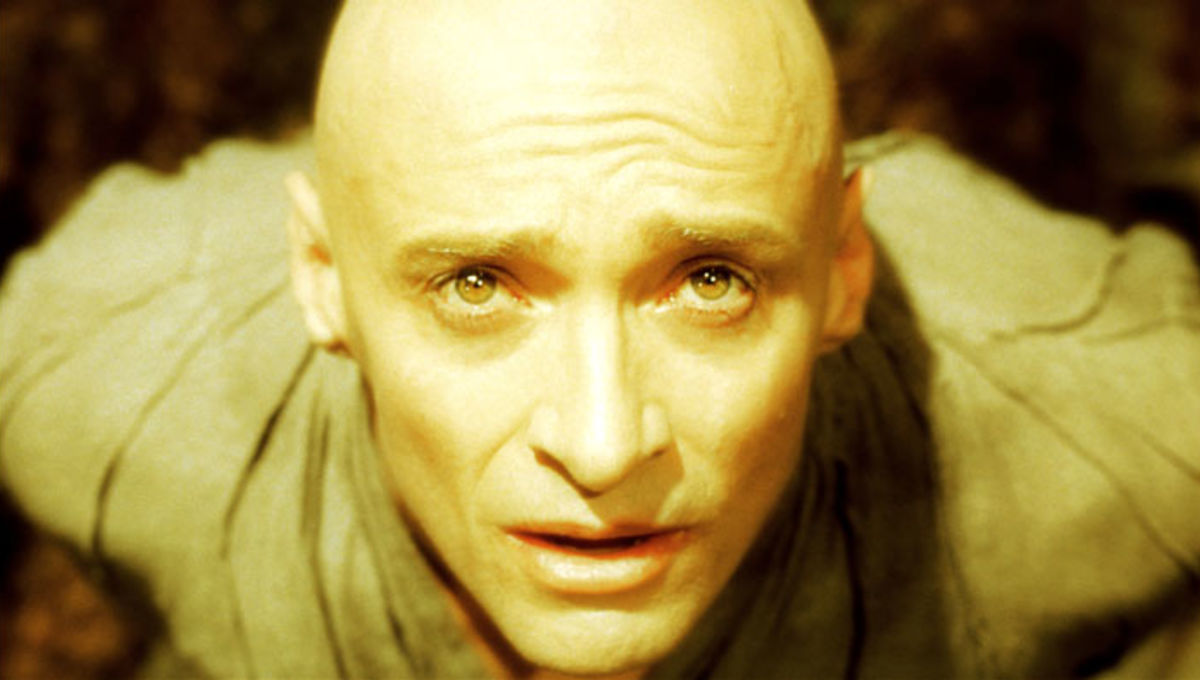 A return to the biblical epic for Hollywood has seen eyes drawn once more towards one Darren Aronofsky, coveted Tinseltown Director and creative force behind 2014’s Noah, a star-studded and hugely ambitious leviathan of a picture reminiscent of 1950’s free copyright fare. Coming on the back of a winning streak, in the form of the hugely successful character studies The Wrestler and Black Swan, Aronofsky has taken his clamor to set the scale grander, greater even than his most underappreciated work, and labor of love, The Fountain.

His 2006 magnum opus is a film already covered by this critic, who has tirelessly attempted to promote it to a reluctant public and ultimately justify its proud inclusion in his Top 10 Films List. Shunned and dismissed on release, Aronofsky’s follow-up to Requiem For a Dream continuously proves to be a revelation when re-watched, analyzed and taken to heart rather than head, a cinematic sleight of hand which has left it a cult classic rather than a recognized masterpiece.

Plot-wise, the story sets up with a high concept nucleus and a time-shifting narrative, with three separate chronologies linking to a main theme and shared by different incarnations of the same people. In 1500, loyal Conquistador Tomas (Hugh Jackman) is tasked by his besieged secular Queen Isabel (Rachel Weisz) with an expedition to the New World, the Aztec empire, so he can find the tree of life, the fountain of youth, and use it as a weapon to fight off the rampant Spanish Inquisition.

Meanwhile, in the year 2000, scientist Tommy (Jackman again), endeavors to find a cure for his dying wife Izzy (Weisz again), using monkeys as tests subjects and compounds from South American botanic life as potential antidotes, following the mantra that “death is a disease”. The third setting, 2500, features seemingly evolved and immortal astronaut Tom traveling to the Xibalba nebula in a biosphere transporting said tree of life, in the belief that it will resurrect his beloved. Oh, and set over the top of all this is Izzy writing a book depicting the events of the film, one she cannot reach a conclusion to and which acts as a grounding for the free-flow storytelling structure. Still with me?

To call The Fountain experimental would be an understatement of impeccable dry wit, as this is a cinematic experience that Aronofsky himself described as being a ‘puzzle box’ to the viewer. While many passed up the offer to solve it, dripping scorn at the suggestion, it is in going beyond literal interpretation that one can find the solution and the ultimate beauty and genius behind the seemingly maddening. Watching the film in a straightforward frame of mind from beginning to end is both a doomed enterprise and a huge disservice to one of the most visually arresting and emotionally overwhelming films of the ’00s.

While the compelling and beautifully played out narrative strands offer plenty for an audience to gorge themselves on, whether it be the artful and heavily stylized mirror shots or stunning cinematography, the ultimate experience is reserved for when you make the discovery that The Fountain is essentially a time, space and consciousness bending metaphor for a deeply personal, hugely simple and soulful message, one that bleeds from every frame and draws a tear both by its modest power and wonderful portrayal. The sweeping love story between Tom and Izzy tugs at the heart strings but is dressing for the ultimate point: Nothing lasts forever, so be there for every moment that it does.

It truly is an imparted wisdom from Aronofsky, who was inspired to tell the story following the death of his parents and weathered a troubled pre-production which stretched out over five years and included funding downscales and casting musical chairs, with Brad Pitt and Cate Blanchett originally holding the lead roles. A million miles away from the modesty of Pi and documentary styling of The Wrestler, Aronofsky here conceives of a picture infusing visionary sci-fi, historical fantasy, poignant romance and existential expression in an epic crescendo looking startlingly opulent despite a slashed budget of just $35m.

The central duo of Jackman and Weisz carry the heart of the film magnificently, the former shrugging off comic book heroics with a baleful and honest portrayal of a desperate man punching at the walls of reality in trying to preserve what’s most dear, while the latter shows the restraint and quiet dignity in mortality that is both touchingly authentic and serves as a perfect justification for the love shared. Both travel in separate directions as they reach a fatal crossroads, one’s obsession sabotaging their final days together. They are backed by an excellent cast, including Requiem’s Ellen Burstyn and Aronofsky touchstone Mark Margolis, who breathe much life into small, ultimately insignificant parts.

And, beyond the layers to be dissected, The Fountain does provide a treat for the eyes and ears, particularly in the past and future segments, with both Aztec temples and far, reaches of the cosmos captured with an extraordinary visual eye, unreal but captivating and absolutely gorgeous to view while Clint Mansell’s heart-swelling score, easily the finest work by a composer with a back catalogue of uniformly great soundtracks, is one of pure wonder. The final sequence, featuring Tom entering Xibalba in an astonishing display of light and energy, is one of the most unforgettable film climaxes of all time. You have a display of sound on sight that ticks all the boxes of technical excellence and goes further still, pushing the viewer intellectually and emotionally.

It’s hardly a surprise then that Aronofsky is undertaking something as huge as Noah, since this size of filmmaking is a niche he is just as suited to as his underplayed dramas, perhaps even more so. If he can squeeze even an iota of the compelling heart he shows here into the biblical tale, he will have yet another hit to his name, and perhaps objective recognition of his fierce, versatile talents. Will that give The Fountain a new lease of life?

Probably not, but it’s best to simply enjoy it while you still can.