In 2008, Christopher Nolan created one of the greatest sequels in movie history with The Dark Knight. Not only did the writer-director keep the integrity of the characters and story of his own Batman Begins, but he introduced new characters that have become not just memorable, but practically iconic. Aaron Eckhart’s portrayal of Harvey Dent/Two-Face is certainly spectacular, but it’s Heath Ledger’s award-winning performance as the Joker that has gone down as outright legendary. Creating a memorable villain is hard enough — making him terrifying is going to a whole new level. Though Heath Ledger may not have been the Joker the fans (at first) wanted, he was the Joker they needed.

The biggest problem facing the Joker is getting stale. He’s one of the comic book world’s most popular villains, and has been killed off, jailed, or institutionalized more than anyone else. Even after 80 years since his inception, the Joker has always been a safe bet when the Caped Crusader needs a showdown. His eccentric, flashy personality clashes with Batman’s brooding stoicism, and his motives and personality have very rarely changed. His toothy grin, hyena laugh, and garish clothing have more or less remained, despite some exceptions (especially in the reboot with the face mask), and even though Cesar Romano’s clown, Jack Nicholson’s gangster, and Mark Hamill’s maniac had differences, they didn’t vary too much from one another; they stayed in that safe “Joker” concoction. However, what Heath Ledger and Christopher Nolan accomplished was something spectacular: they changed the recipe

Andrea Romano, famed casting and voice director who was one of the forces behind Batman The Animated Series, The Justice League, and various other DC animated properties, explained the Joker voice the best in the voice acting documentary I Know That Voice. 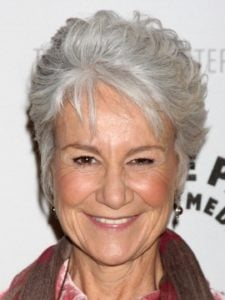 The Legend behind the Voices

“Every single actor that worked for me playing the Joker, and there have been many, brings their own twist to it, and that’s what you want. If you want someone to just do Mark Hamill, then you bring Mark Hamill in.”

When playing a character that has been done before, it’s vital to not change it so much that it’s unrecognizable, but just enough that it stands out. This task can be daunting, because when it comes to geek culture, change is scary. Changing origin stories, updating powers, or even breaking up couples can split fans. When word got out that Heath Ledger — rom-com pretty boy — was going to play the next Joker, fans weren’t happy. No one thought that this quiet, good-looking actor could portray such a mad and wild character. This concern escalated when his new, disheveled look was introduced to the world. He wasn’t the tall, lanky, dapper gentleman with villainous cheekbones. He was slinky, dirty, and not very debonair. This major shift was a bold choice that many people were reluctant to accept. However, after months of criticism during pre-production, the movie finally came out and audiences were floored. The Joker stole the show, and the love and respect for his performance hasn’t changed.

This Joker was different. He still had a maniacal laugh, adored chaos, and wore a purple overcoat cartoonishly overloaded with weapons, but he was gross and unkempt. He licked his lips like a pervert, he wore makeup (which cracked throughout the film), and his cadence was less sing-songy. It fluctuated and hit notes that weren’t quite human. He wasn’t as charming or funny as previous incarnations, and terrified more than his predecessors. If they removed his makeup, his iconic purple and green wardrobe, and changed his name, he probably wouldn’t even be identifiable as the Joker. But, for all intents and purposes, he worked.

Villains can fall into the unmemorable category if they are relegated to being a side story, and thus, adding the Joker in Suicide Squad was an odd choice. He was supposed to be one of the main foils, had insane behind-the-scene tales, and had a close connection to Harley Quinn — yet he played second fiddle, and seemed to simply be thrown in for the need of a ‘Joker.’ Though Heath Ledger’s Joker was also categorized as a supporting actor, he was still a primary focus of the movie. He was the big bad, the one taunting Batman and the forces of law in Gotham City. Watching him wreck the downtown streets of Gotham City would had an impact despite the story not following him every step of the way; chaos for chaos sake can be scary. 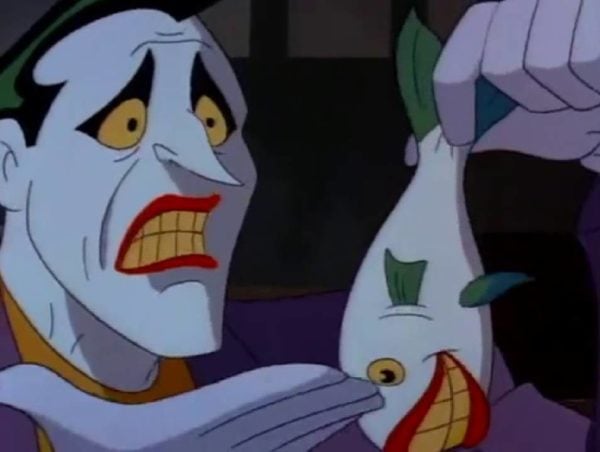 The Dark Knight trilogy can be described as a crime trilogy that happens to have super heroes; despite the occasional “fear gas” and super-tech, these three movies are very grounded in the real world — no monsters or magics in sight. As such, the Joker’s white skin and green hair are makeup, and his scars are real — especially that grim Glasgow grin. He bleeds, he screams, and fights like a normal (but trained) human being; this is a character people can see fit into this world. In the animated series, the Joker’s goofy gadgets, hair brained schemes, and hyena pets work because the laws of the world dictate it. Bringing in those elements to a live-action film would have stood out too much, and so the The Dark Knight Joker could only work if he behaved like a psychotic human — not a cartoon character. 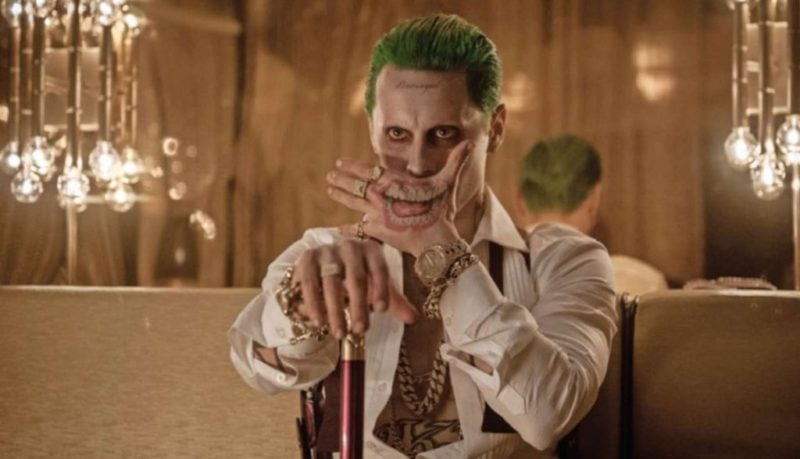 The Joker trying too hard

The term “narm” can best be described as when a scene is intended to be serious, but the result is cheesy due to poor execution, sappiness, or absurdity of the situation. When a scene is supposed to be scary but makes people laugh, it fails. Heath Ledger gives us one potentially outrageous scene where he wears a nurses outfit and blows up a hospital. In another, he sits calmly in a jail cell, ironically applauding while Gordon gets a promotion. He raves like a mad dog off his leash, slobbering and growling all over a man dressed like a bat. From any other actor, these situations could come off looking laughable, but thanks to his establishing character moment — the moment he took off that mask, revealed his other ‘disguise,’ and spoke those words with that new Joker voice — he proved that he was a force to be reckoned with. Ledger gave the world an uncanny valley performance without going over the top; he wanted to frighten, and it worked.

If filmmakers want to ensure that future DC movies will do the character justice (or injustice) and be successful, then they need to take a good look at what Heath Ledger did in The Dark Knight: give the audience a familiar character but change it up, then make sure the character fits into the laws of the movie’s universe. How hard can it be?

A Tribute to the Legendary Ray Harryhausen: Master of Illusion

‘Joker’ is One Hell of an Origin Story