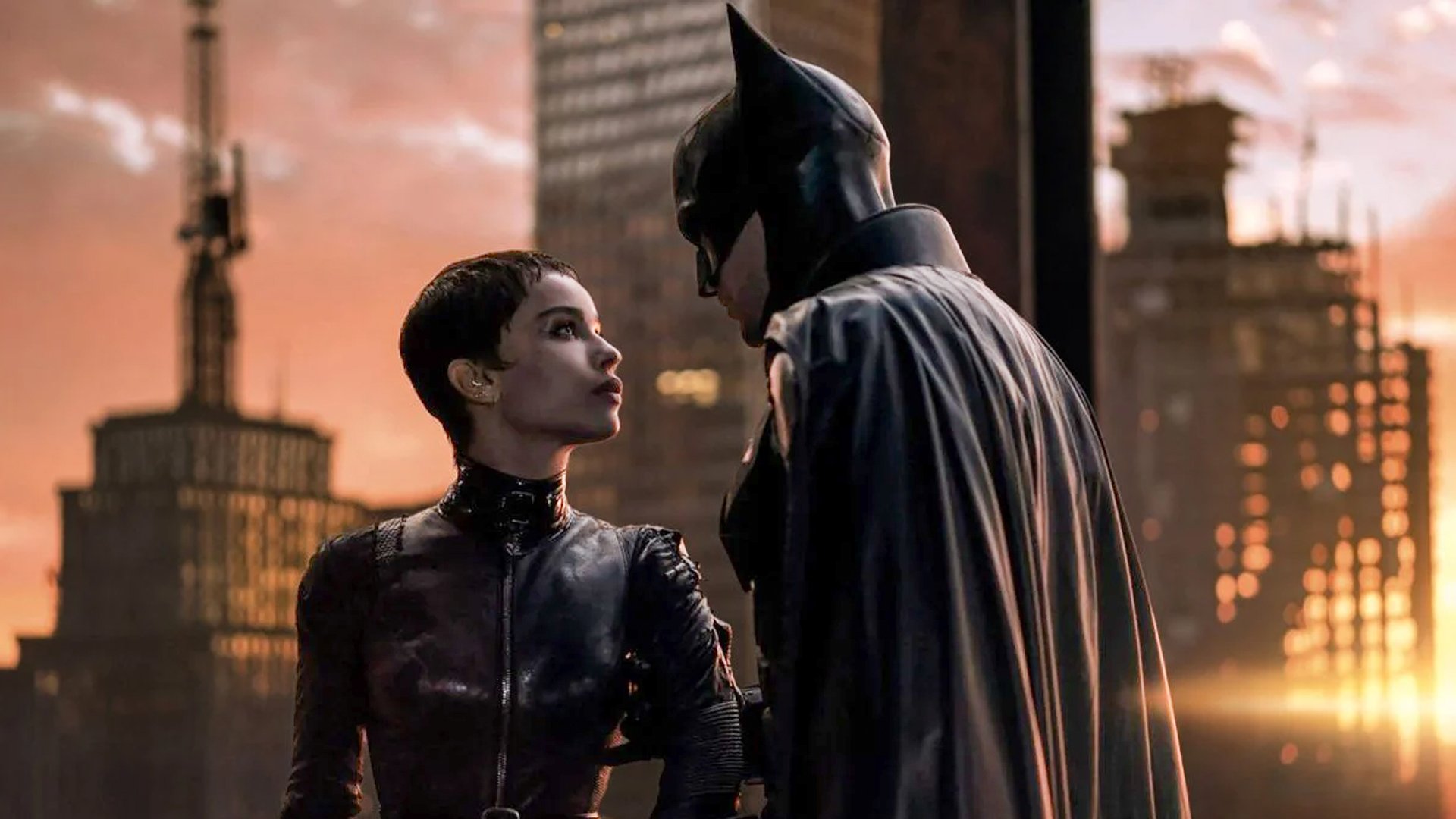 Even at the very least, Matt Reeves’ The Batman does what few other interpretations of The Dark Knight have succeeded in doing before: portraying him as a detective. Combined with a neo-noir aesthetic and a harrowing series of grisly murders, The Batman is inarguably the darkest cinematic vision of the Caped Crusader – and one that prods at the foundations of heroism. Surrounded by characters and villains who have all seen themselves adapted to the big screen before, Reeves and co-writer Peter Craig take a superhero that’s been explored ad nauseum and add fine details that bring the dark, brooding vigilante into a new light.

Gotham City finds itself on the verge of renewal – a word that frequently finds significance within and outside the film. From this new take on Batman to the hope of change in Gotham as a mayoral campaign heats up, almost every character or directorial decision hinges upon the idea of a refresh and if it is even possible. It’s Halloween night when the current mayor is murdered and the culprit begins leaving behind a trail of clues for Batman (played by Robert Pattinson) to solve. An isolated individual whose secret alter-ego of Bruce Wayne is equally as reclusive, Batman only finds trust in two people: Lieutenant James Gordon (Jeffrey Wright) and Wayne’s butler, Alfred (Andy Serkis).

Friends are hard to come by in a city where no one is who they seem. That duplicitous nature is what colors Gotham’s latest villain’s string of murders, as The Riddler (Paul Dano) begins tearing down major figures in Gotham City to reveal a society built upon lies. It’s the crux of the film: what happens when noble intentions are built upon rickety foundations? When the shadows of the past continue to loom over promises for the future? Can someone truly be a hero or bring about real change when what they’re building upon is deeply corrupt?

At the beginning of The Batman, the tone is set for a hero whose symbol instills fear. “I am vengeance”, he remarks. If Christopher Nolan’s The Dark Knightinterrogated what a masked vigilante can represent to a city, Reeves explores what it means for a symbol’s effects to not be dissimilar from the people Batman protects Gotham from. Fear permeates throughout the film, as crime bosses like Carmine Falcone (John Turturro) and The Penguin (an unrecognizable Colin Farrell) hold the city in their grasp, controlling the city from the shadows. Meanwhile, Gotham’s savior operates in the shadows – delivering justice only to those who fear the darkness.

Amidst the riddles and seedy underbelly of Gotham’s criminal network are those forced to adapt and take advantage of the cards they’ve been dealt. Selina Kyle (Zoë Kravitz) traverses the darker recesses of the city, aiming for a big score and to help out a friend in desperate need to escape. When she winds up dead, her path intertwines with Batman’s and the two form an alliance that pushes them both to re-evaluate where their ambitions truly reside.

It’s how Reeves colors Gotham to be shades of black as opposed to anyone truly being morally above anyone else. The exception really being Gordon, a character whose honor is tainted by the police surrounding him. Every character in The Batman is more than they seem – never lacking nuance, even when it comes to characters so obviously despicable like The Penguin. They’re criminals with motivations and the way they view their actions are not wholly unlike the way Batman views his own actions. It’s just the impact of the end result that paints the final image.

Adding to the darkness of the film is Greig Fraser’s immaculate cinematography. Gorgeously lit and thriving within the confines of a film that almost never shows daylight, Fraser captures the austere demeanor of a Bruce Wayne who trusts no one and only truly comes alive at night. There are shots in this film that will go down as some of the best representations of the Caped Crusader to ever be put on the big screen. Those familiar with Michael Seresin’s photography in Reeves’ Planet of the Apes films will undoubtedly notice similarities in the use of lighting in darkness, taking singular light sources and emphasizing those against the shadows.

Where The Batman sometimes falters though is its dependency on capturing a vibe. There are points when the narrative takes over but doesn’t feel as necessary to the film as it’s presentation does, leaving this feeling of the film going on autopilot and styling around it. Michael Giacchino’s score is a good example of this, offering very little nuance to the scene itself but working well as a cohesive whole. The main theme for Batman comes in and out at the expected times, and the heavy use of Ave Maria is painfully generic. And while the way a certain Nirvana song is incorporated into the film again colors the ambience, it also feels out-of-place in a movie rarely utilizing licensed music – other than its similarities in theme.

However, The Batman crescendos nicely into an ending that feels appropriately timely without bludgeoning the viewer with its modern-day relevance. It all fits diegetically, delivering on a lengthy build-up of men ostracized by society and wishing to have their presence noticed. The way Reeves continues to draw parallels between every character and Batman is exactly why his film feels like it understands the character far better than other interpretations.

It’s a balancing act not to go too far into the obvious (Nolan and Zach Snyder are both guilty of this with their versions of Batman), and also not come out playing the villains off with too much camp (see: Joel Schumacher’s Batman films). Even with that equilibrium being neatly hit, The Batman still contains a significant amount of humor that surprisingly lands effectively. This is where Farrell’s over-the-top portrayal of The Penguin feels at home, cracking jokes while still embodying a character with the right amount of sleaze and just enough menace to feel like an actual threat. The dry humor works especially well here too with Gordon and Batman both delivering some levity to grim situations – two people familiar with the pervasive darkness in Gotham and able to operate within it without losing their cool.

As far as film versions of DC’s iconic superhero, The Batman really feels like the best of both worlds. It grounds the hero in the way that Nolan’s trilogy succeeded in doing, but immerses itself in the world of Batman and not the city surrounding him. It’s occasionally silly, but appropriately so. Its villains range from normal (Falcone) to over-the-top (The Riddler). It’s a city that’s ready to explode into pandemonium and at the center of it all is a man who can’t figure out why his actions are not leaving an impact. In Pattinson’s portrayal we get a character so lost in the struggle to feel valuable that he is forced to redefine himself during Gotham’s time of need. That struggle and journey are what makes The Batman far more fascinating than other versions and a worthy addition to the Batman canon.

Lucy and Desi gets real about the comedy legends