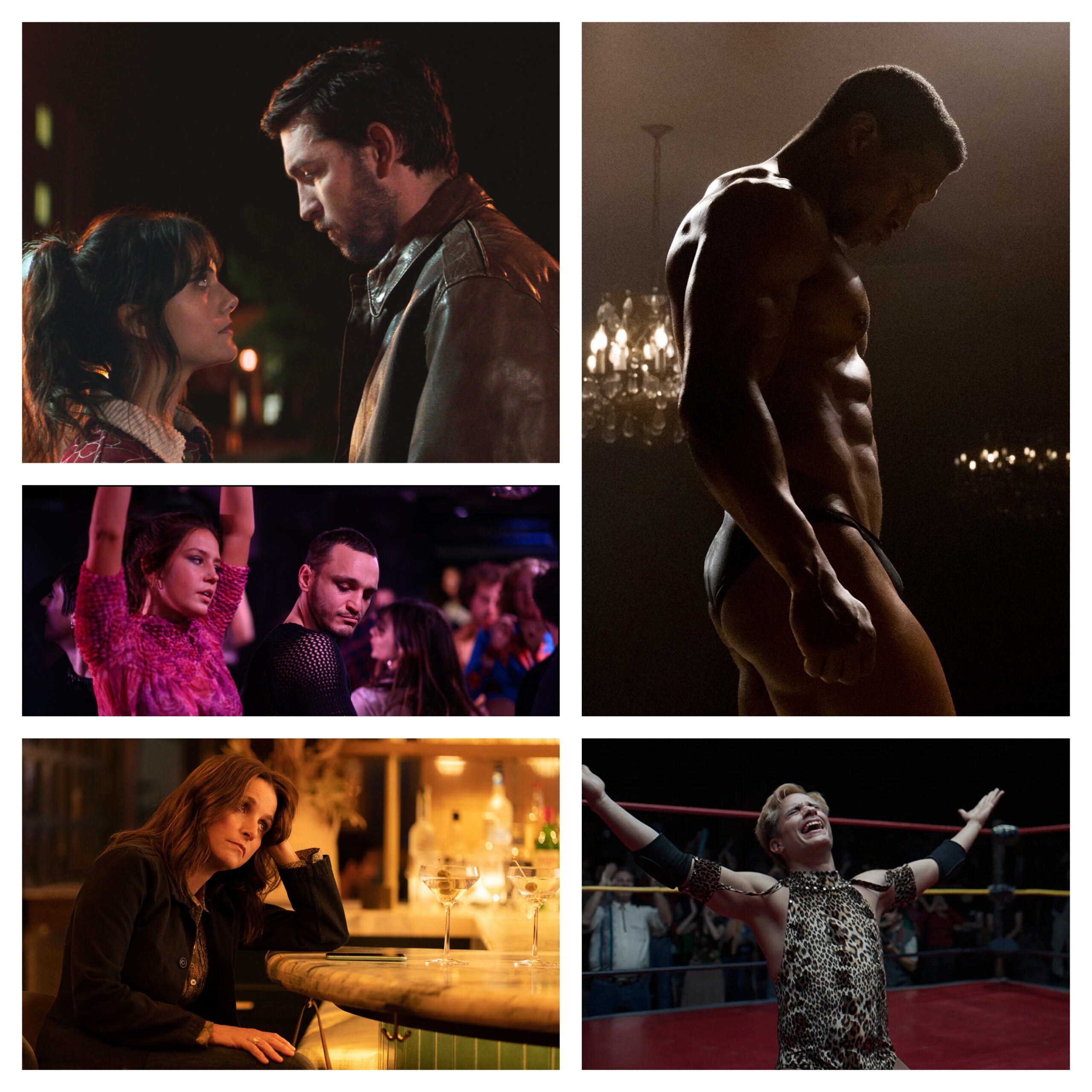 After two long years of distant, detached virtual screenings, the Sundance Film Festival is poised to celebrate its first complete in-person edition of the historic fest next week in Park City, Utah. As a bastion for fresh, vibrant independent cinema the festival offers a smorgasbord of rising stars, eye-catching talents, and returning favourites. 2023 is no different, including new films from Brandon Cronenberg, Ira Sachs, and Nicole Holofcener to name a few. Add in a dash of big stars like Johnathan Majors, Julia Louis-Dreyfus, Emilia Jones, and Mia Goth, and this year’s fest is shaping up to be a riotous return.

With so much on offer, it can be a daunting, even herculean task to sift through the best of it. Fear not as we’ve picked eight of the most exciting, fascinating, and unmissable films to see at this year’s festival.

You Hurt My Feelings

Any Nicole Holofcener picture is a noteworthy event, ditto for the undeniable Julia Louis-Dreyfus. Holofcener’s light but affecting humanist touch consistently provides a poignant and entertaining point-of-view. Her collaborators seem to agree as Louis-Dreyfus returns for You Hurt My Feelings. The two previously collaborated on Enough Said, a rom-com co-starring the late great James Gandolfini about newly christened empty nesters getting another shot at love. It gave Louis-Dreyfus a platform to flex her insanely toned comedic muscle but also embody a character whose love and sex life are rarely considered by Hollywood. Coming off her screenplay contributions to the tremendous but overlooked Ridley Scott film The Last Duel, Holofcener returns as a writer/director with You Hurt My Feelings, a story of a novelist whose follow-up to a successful book is met with false encouragement from her husband. (Kent M. Wilhelm)

Professional wrestling may not seem like a natural topic for an indie movie, but it’s a growing trend, which later this year will include an A24 movie about the Von Erich family. Cassandro heads south of the border to tell a story, based on a true one, about a gay Lucha libre wrestler (Gael Garcia Bernal) who decides to move from playing a masked wrestler into an exótico- an unmasked, effeminate villain. The film marks the fiction feature debut of longtime documentarian Roger Ross Williams, whose work includes God Loves Uganda, Life, Animated, and The Apollo, the film is headed to Prime Video, which also offers a documentary called Cassandro, the Exotico! (Stephen Silver)

At this point in Brandon Cronenberg’s career, I don’t think he’s quite broken from the expectations his family name brings along with each of his films. David Cronenberg’s influence is impossible to ignore when watching a movie like Antiviral or Possessor because Brandon is still working within the body horror genre that his father cut his teeth on for decades. However, what Brandon Cronenberg’s last two films have done is show that he’s thinking on a slightly different plane than his father in many regards. Body horror almost comes second to science fiction and there’s less of an emphasis on the drama of a situation and more on the genre thrills that the science fiction and body horror pairing deliver.

This is to say that Brandon Cronenberg’s films are a trip, even if they don’t necessarily land with impact. He’s also assuredly improving in his direction and forging a filmography that leaves an impression even if the films themselves aren’t as emotionally engaging as they are thought-provoking. That’s why Infinity Pool looks like a blast. A director who released a head trip like Possessor now takes aim at the privilege given to tourists as they run rampant through foreign landscapes and shirk all morality and responsibility. There’s a trailer out already that gives a good indication that Cronenberg is leaning into the debauchery and depravity of it all.

As a Sundance pick it’s slightly weird since the film releases near the end of the festival, but it’s also the kind of move that will generate buzz for a movie that already seems slightly impenetrable for general audiences (based on Possessor, this isn’t too unlikely). Kudos to Cronenberg for also working with some of the best talents that are always willing to get as freaky as the material demands. From Caleb Landry Jones to Andrea Riseborough and Christopher Abbott, Cronenberg’s got himself a solid filmography of who’s who in the independent film scene and Infinity Pool is no exception with Alexander Skarsgård and Mia Goth headlining the film after delivering some standout performances from films last year on top of their already sturdy body of work. I’m equally as excited to hear the Tim Hecker score to accompany the madness. Even if Infinity Pool isn’t good, it’s still guaranteed to be a singular experience. (Christopher Cross)

Johnathan Majors is the walking epitome of transformation, not just physically but in his acting career as well. Acquiring a physique reminiscent of the Greek pantheon for his upcoming turn in Creed III, he’s settled into a persona that is well on its way to heartthrob city. At the same time, his natural charisma and performative range keep him well-versed in the independent sphere, as seen in in the Sundance darling, The Last Black Man in San Francisco, which first shot him to fame. These two disparate but interconnected worlds are set to collide with both pathos and introspection in Elijah Bynum’s Magazine Dreams.

Starring as Killian Maddox, an aspiring bodybuilder who’s hellbent on achieving this dream despite the permanent damage he’s doing to his body and psyche, Majors may not only deliver the performance of the festival but one of the best of the year. Steeped in unfathomable physicality and raw vulnerability, this dark character study will finally shed a more sensitive light on the world of bodybuilding, which is often too enveloped in caricature. (Prabhjot Bains)

I’ll begin with the fact that Franz Rogowski is one of the most interesting actors of our time. If this man is in a movie, I’m seeing it. If he’s in an Ira Sachs movie, I’m flying to Utah to see it in person. Rogowski may be best known for his performances in the great works of director Christian Petzold like Transit and Undine. Last year, Rogowski was criminally overlooked for his terrific performance in Sebastian Meise’s Great Freedom. Sachs (Little Men, Love is Strange) pairs Rogowski with Ben Wishaw in a queer story of a relationship at a fulcrum point of devotion or dissolution. Rogowski’s simmering reserve is an exciting quality for Sachs to utilize in his portraits of unassumingly challenged modern relationships. (Kent M. Wilhelm)

It’s Only Life After All

The Indigo Girls are a folk-rock duo with a cult following, who have been making music together for more than 30 years. Now, they get the documentary treatment, from On Her Shoulders director Alexandria Bombach. The film sets out to tell the complete story of Amy Ray and Emily Saliers, looking at both their musical partnership and their years of political activism, while incorporating old home movies and other archival footage. The Indigo Girls released a streaming concert in 2022, called Look Long, and now they get a full-on documentary. (Stephen Silver)

Dating is hard. That’s a timeless sentiment that has only gotten more potent in the modern, digital age. As the emotional risks, ceaseless red flags, and penetrating awkwardness pile up, the power dynamics within a relationship can alter in an instant, bringing forth new, terrifying grey areas. Cat person, adapted from one of the most read short stories ever, is a film that looks to explore that dynamic with bracing honesty and spellbinding tension, bringing forth punchy yet relatable performances from Emilia Jones (Coda) and Nicholas Braun (Succession)

At once aimed at being a harrowing conversation around the necessity of balancing relations with the self, alongside lovers, and a twisted date movie, Cat Person is shaping up to be one dangerously captivating glimpse into one truly uncomfortable relationship. (Prabhjot Bains)

The NEXT section at the Sundance Film Festival is one of the consistent delights of the film program. It asks the viewer to go on a ride that they might otherwise never experience if it weren’t for the platform being provided, and sometimes it’s like a programmer is sticking their neck out by programming something that might just be truly off-the-wall. I don’t know if Eddie Alcazar’s latest film Divinity is going to be insane or just incredible to witness but it sounds absolutely wild.

The writer-director’s newest film will take his technique of blending stop-motion and live-action – which he refers to as “meta-scope” – and apply it to the pursuit of immortality. Two brothers take matters into their own hands to save a society hopelessly addicted to the “Divinity” drug that has overtaken a planet. A retro sci-fi aesthetic combined with the promising “meta-scope” technique that Alcazar employed in his short film The Vandal makes Divinity sound like one of those films that audiences will have to see to believe.

For those who have not seen The Vandal yet, it’s readily available through The New Yorker’s YouTube channel and demonstrates the “meta-scope” technique, albeit in a smaller dosage than a feature-length film. Bill Duke’s performance is fantastic, leaving hope that Stephen Dorff has a similar effect on Divinity. While Alcazar’s previous feature-length efforts have not been met with much buzz or acclaim, there’s a lot of promise here that other filmmakers seem to have noticed in his previous works. The Vandal was executive produced by Darren Aronofsky and Alcazar’s 2018 feature-length film Perfect was executive produced by Alcazar’s mentor and collaborator Steven Soderbergh, who returns as executive producer on Divinity. There’s potential for this to be a huge misfire but it’s a swing for the fences that is undeniably alluring. (Christopher Cross)

Skinamarink Immerses Itself in Darkness