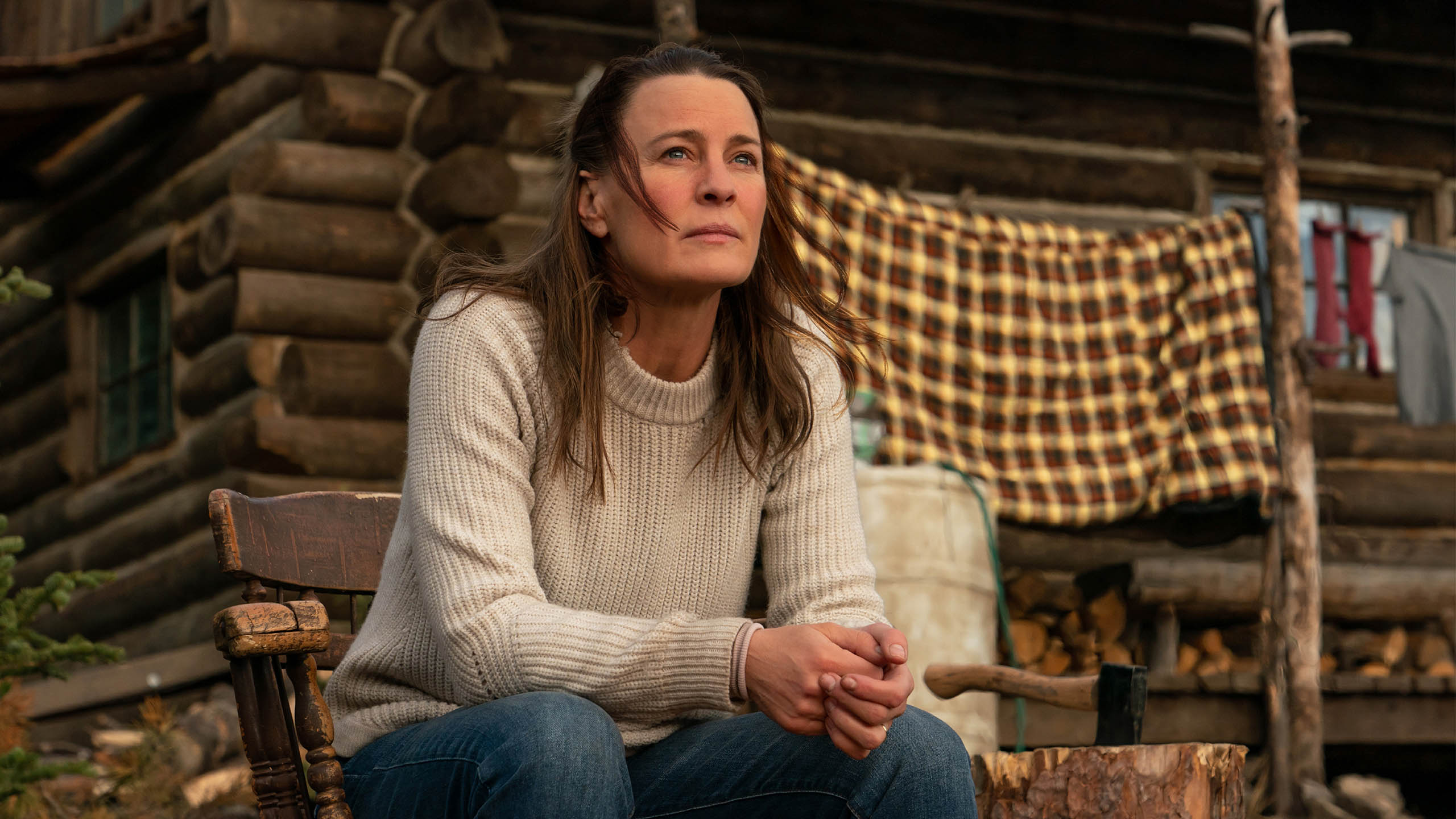 Land, the directorial debut of veteran actress Robin Wright, is a slow, ponderous, and somewhat boring effort that takes its sweet time in revealing exactly what’s going on. It’s 88 minutes but feels much longer.

The film recalls another film with the word “land” in the title, about a woman adrift in rural America, last year’s Nomadland, except neither as visually nor thematically impressive. It also pales in comparison to other similar films of the past, from Wild to Manchester by the Sea.

Wright, in addition to directing, stars as Edie, a former lawyer and Chicagoan who, following a major tragedy, relocates by herself to rural Wyoming (with Canada subbing in as a location.) It’s soon clear that the move hasn’t been worked out the way she hopes- one clue is that she literally screams out “this isn’t working!”

Edie nearly completely alone for the movie’s first third or so, before meeting a hunter named Miguel, who helps bring her some measure of joy again, as Miguel, who has suffered terrible loss himself.

Wright is very good on screen, and so is Bechir, long an underrated performer. And it was a good decision to cast Wright and Kim Dickens as sisters.

But the film, written by the team of Jesse Chatham and Erin Dignam,  doesn’t have much new or interesting to say about the subject of grief- or about any subject at all for that matter.

Wright hasn’t directed a movie before, although she did direct several episodes of House of Cards, back when she was on that show; House of Cards had a lot wrong with it, but the direction was generally solid. Another veteran actress, Regina King, made her feature film debut last year after some experience directing episodes of prestige TV shows she was on, but Land isn’t nearly the assured debut that One Night in Miami was.

Land is set for release relatively quickly after Sundance, with Focus Features set to put it out on February 12, in theaters.

Sundance 2021: Together Together a sweet, platonic surrogacy comedy

Sundance 2021: Misha and the Wolves Barely Gets Past the Surface of a Gripping Holocaust Deception