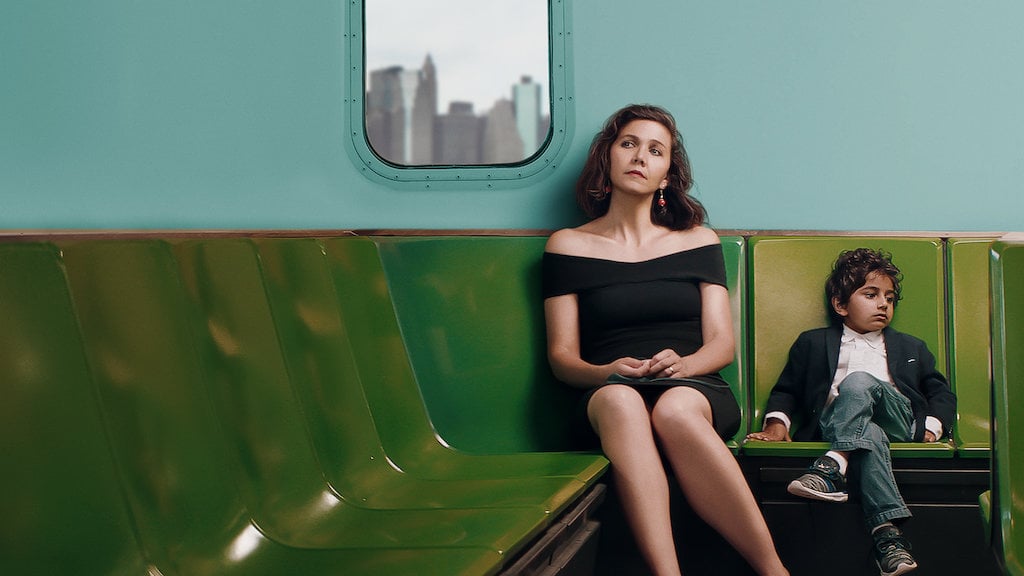 Sara Colangelo’s The Kindergarten Teacher reflects on the spiral of escalating actions that Lisa (Maggie Gyllenhaal) takes as her artistic and personal ambitions fall to the wayside. She’s uplifted by the arrival of what seems like an inherently talented young boy who could be a great poet — if only the right person were there to protect his genius. There’s a growing hunger within the story for acquiring more from life that can’t be satiated or stopped by the boundaries put up by society. With her kind eyes and soft voice, Gyllenhaal’s embodiment of a woman sliding into precarious desperation is quiet, glacier-like, and would be on the edge of almost being unseen if Colangelo weren’t asking us to look so close at her actions. The Kindergarten Teacher is an introspective unraveling of a life well lived out of the spotlight, putting an ordinary woman’s aspirations on display with a knowing and compassionate gaze that doesn’t so much judge as commiserating.

The Kindergarten Teacher showcases a Maggie Gyllenhaal extremely free with her body; it’s put in front of the camera in a non-gratuitous, nonchalant, everyday sense that frames her as a woman with a normal sex drive. Her husband (Michael Chernus), meanwhile, is a paper-thin character that only stands to show how traditional their life is and how the problem doesn’t lie with him. Her teenage children, on the other hand, are negligent of their mother’s eagerness for them to achieve and have no interest in appeasing her.

So, it’s at work that Lisa can daydream about what the small children in her care can accomplish, and at a nighttime poetry class becomes where she can try her own creative hand. At school, she discovers 5-year-old Jimmy (Parker Sevak) rambling off incredible musings on life and decides to turn them into her poetry class for some honest feedback. To her joy and embarrassment, his poetry is much better received than her work. Her teacher (an energetic and enthused Gael García Bernal) is suddenly attentive, and her life seems to be progressing towards something more meaningful for the first time in years. The child’s potential, her own children’s lack of enthusiasm for outside validation, and her professional failings push her further and further down a rabbit hole where she feels as though there is no other person to bolster Jimmy’s unique gift — the sort that could quickly fade if not nourished.

The Kindergarten Teacher entreats us to see how close any one of us (but particularly women) are to throwing away our hard-earned lives with one mistake. All dreams cannot be made into reality when laws and cemented lives stand in opposition. Colangelo’s first feature, Little Accidents, dealt with the hard reality of earning a living in coal country and the reverberations of a lack of moral responsibility. Here, she plunges into a life that’s not on the edge of poverty but also walks an unstable line of risk and empathy. While not as moving or devastating as Little Accidents, this film has an almost enigmatic tenderness and sense of condolence towards its protagonist’s shortcomings. A lesser work would condemn her actions, but instead, we are brought to a place of consideration and shared loss.

Lisa’s story — laced with sex, an obsession with the immortality of art, and a mother-like determination to promote the welfare of a child despite objections from everyone else close to him — is challenging yet stimulating in how it conveys her flawed humanity above all else. It’s up to the audience to discern how much of Lisa’s decision-making is actually altruistic, or if she’s more hellbent on securing herself as a woman attuned to artistic merit than anything else. Colangelo’s direction fills The Kindergarten Teacher with a sympathetic undercurrent that warns of the extent that women who are unable to carve a niche for themselves and those that they love in the world can go to be fulfilled.