I’ve now seen three of Alex Ross Perry’s four films, and I still can’t pin him down. Listen Up Phillip is a hilarious and curiously inspiring film about vanity, Queen of Earth is a character study by way of psychological thriller, and here is Golden Exits, a quick mosaic depicting the lives of several characters. I can’t determine what it is that’s the common driving thread between each of his films, and that’s why he’s so exciting. One of the interesting things about Alex Ross Perry’s filmography is how each work could have just as easily been a play instead (if not for the camera, of course). Perry’s camera seems to constantly float around scenes, fixating on characters whether they’re the focus of the scene or not. It’s like he’s in search of some authenticity in people who are consistently performative around others. 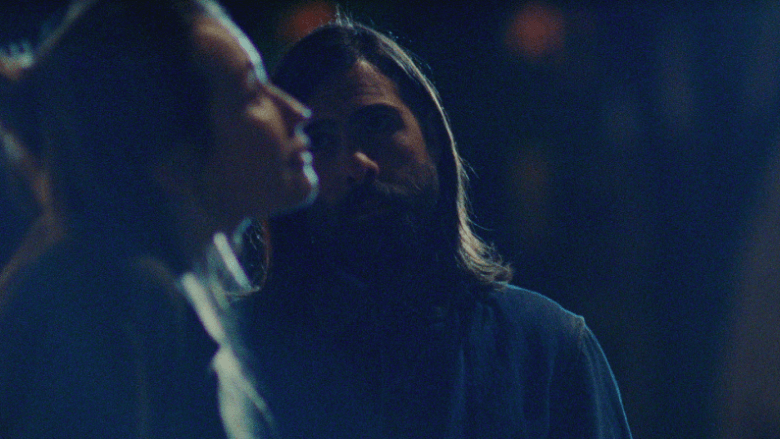 The characters in Golden Exits converse in a highly cerebral manner; they’re able to articulate exactly what they’re thinking and feeling, a curious state we don’t always achieve as humans. I suppose that’s what makes what these characters don’t say or do when given the opportunity so intriguing. There are multiple moments where Naomi or Nick omit something, leaving you to wonder what could have been had they just simply expressed their thoughts. Perry does a good job of assembling a cast capable of making characters who talk so cosmically seem natural. Beastie Boy Adam Horovitz is actually quite good as Nick — he really sells the archivist as an unremarkable man having trouble deciding if he’s okay with that or not. Emily Browning gives a great performance in one of the better roles written for her. There is that stereotype of the youthful temptress in Naomi, yet Browning underlays a feeling of authenticity and emotion underneath her, creating a terrifically well-rounded character out of usually stale pieces. Jason Schwartzman reunites with Perry, the two having worked together on the terrific Listen Up Phillip, and continues to be in his element as a vain man whose actions border on sleaze and untrustworthiness. Quality turns from talents like Lily Rabe, Annaleigh Tipton and Chloe Sevigny round out this excellent cast.

Calling to mind certain works of Woody Allen, they are driven by character neurosis, and of course, the setting. Golden Exits seems to be a meditation on fleeting connections, how passion and newness is an emotion that fades quickly. You spend a little time with these characters in brief snapshots of their lives, and then they’re gone, but a part of them stays with you. Perhaps that’s the common thread in Perry’s work — his films simply stay with you.