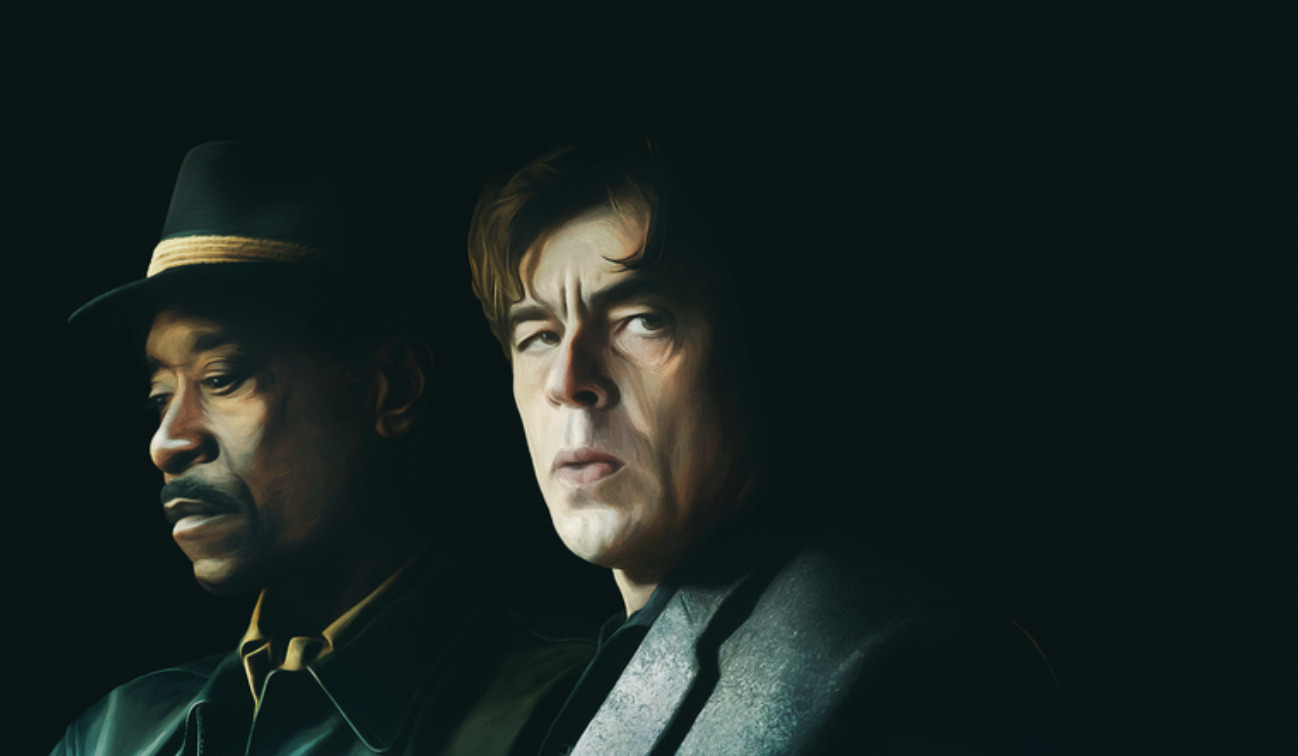 No Sudden Move, the latest film from the wildly prolific Steven Soderbergh, is a twisty, 1950s-set neo-noir. It’s one of those movies where the plot is confusing and convoluted, but you don’t really mind because it’s acted out by a cast of enjoyable actors that goes about 20 deep.

The film, which debuted at the Tribeca Film Festival earlier this month before landing on HBO Max this week, is set in 1950s Detroit, amid the milieu of both gangsters and the auto industry. Near the end, it sprinkles in some social commentary, which seems to come out of nowhere but eventually lands. It’s not a pure heist movie, like the director’s three Ocean’s Eleven pictures and the subsequent Logan Lucky, but it does contain elements of that.

The nominal plot focuses on a group of also-ran criminals (Don Cheadle, Benicio Del Toro, and Kieran Culkin) who have been hired to stage a home invasion in order to steal a certain document from midlevel General Motors executive (David Harbour), who is home with his wife (Amy Seimetz) and kids. They’re acting at the behest of a mysterious middle man (Brendan Fraser, entering the Burly Character Actor phase of his career.)

Also in the mix are rival higher-level mobsters (Ray Liotta and Bill Duke), a detective played by Jon Hamm, and Julia Fox (from Uncut Gems) and Frankie Shaw as, respectively, as a gangsters wife and another character’s secretary/mistress. A certain A-list actor with past Soderbergh ties, who I won’t reveal, pops up at the end in a key cameo.

The film, written by Men in Black and Bill & Ted’s Excellent Adventure writer Ed Solomon, feels quite a lot like a Coen Brothers movie, especially with amateur criminals getting in way over their heads, and even repeated instances of the “man behind the desk” trope. There are also occasional echoes of 1998’s Out of Sight, another Soderbergh-directed film shot and set partially in Detroit, with Cheadle also appearing.

No Sudden Move demonstrates the unmistakable power of a great, great cast.

Watching No Sudden Move, I confess I never particularly cared about the plot, as it is just another story of many characters fighting over a MacGuffin and/or money, with various double- and triple crosses.

But what did keep drawing me in was this huge collection of fine actors, given strong dialogue and compelling character detail. And that’s enough to carry this movie.

Aesthetically, No Sudden Move makes good use of Detroit and plays with noir-style visual tropes, even if Soderbergh isn’t reinventing the wheel or using any of his established gimmicks (like shooting with an iPhone or on a cruise.) As usual, the director is his own cinematographer, under the name “Peter Andrews.”

The plot also recalls 2017’s Suburbicon, directed by George Clooney from an ancient Coen Brothers script. That film was also set in the 1950s, was also about a home invasion that wasn’t what it first seemed, also clumsily sprinkled in social commentary, and had a couple of actors in common, including Noah Jupe as the family’s son in both movies. Clooney was even attached to star in No Sudden Move at one point.

The difference, though, is that Suburbicon was singularly awful, just tone-deaf and odious all around, and this is not.

It’s Soderbergh’s second straight film that’s gone directly to HBO Max; the last was last fall’s Let Them All Talk, the one Soderbergh shot entirely on a cruise ship on the eve of the pandemic. He’s got another, KIMI – set in Seattle during the pandemic – coming soon.

While The Laundromat, his Netflix movie two years ago, was a bit of a swing and miss, he’s succeeded more often than not since making his return from a brief retirement. And while its plot doesn’t really matter, No Sudden Move demonstrates the unmistakable power of a great, great cast.