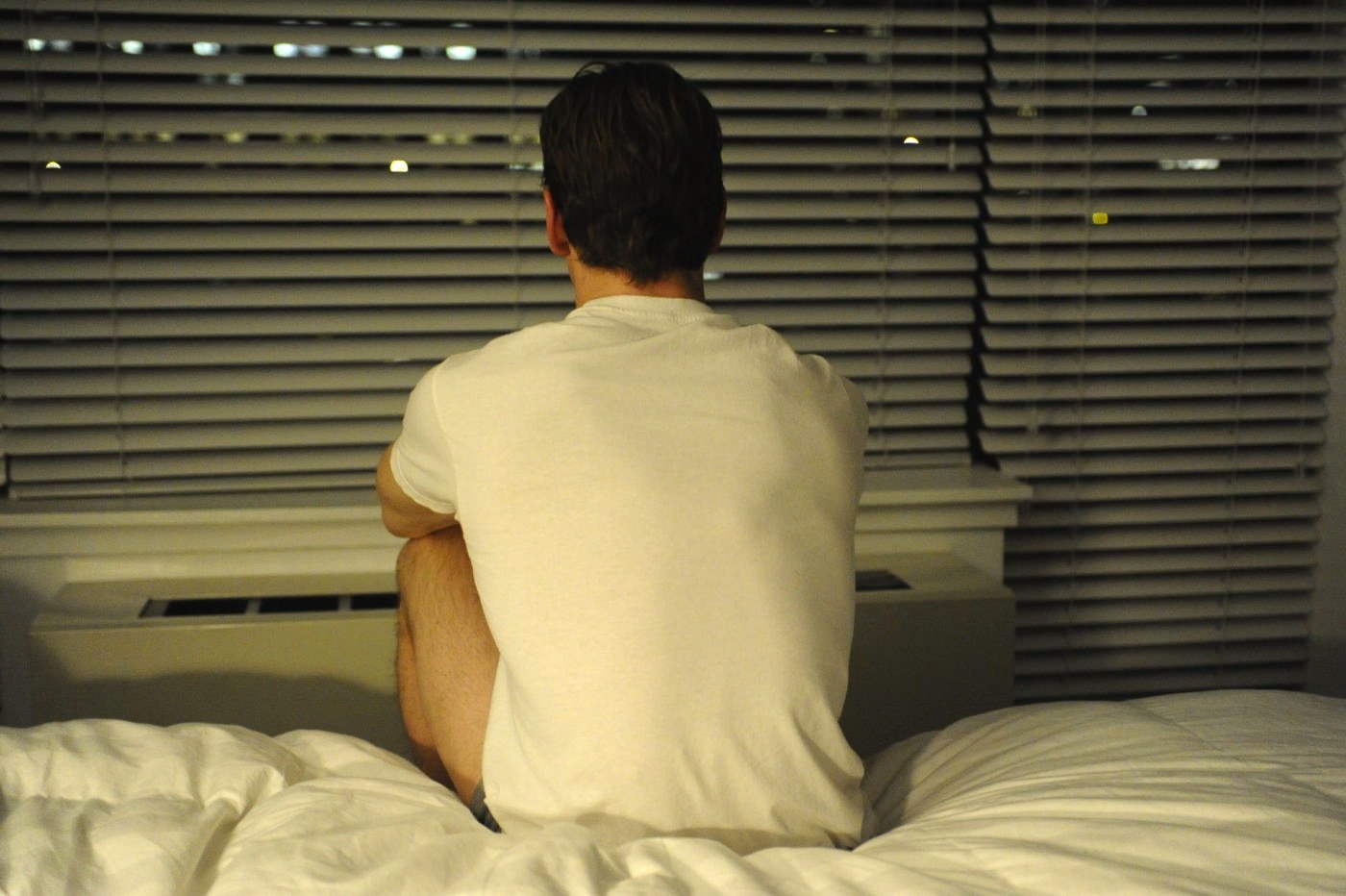 Shame, Steve McQueen’s sophomore film and second collaboration with Michael Fassbender, is a compelling and timely examination of sexual compulsion in the modern world. Fassbender is Brandon, a successful thirty-something Irish immigrant living in Manhattan, whose sexual addiction borders on self-destruction. Brandon lives comfortably from a materialistic point of view, but ultimately leads a repetitive, empty life, void of any real emotional connections. His daily rituals revolve around his search for a sexual outlet. He surfs the web for porn day and night, at home or at work. He seduces women in bars, on the subway and on the street, and if he can’t find someone, he goes home to interact with the next best thing; live webcam girls who perform to his every desire. Whatever the release is, it’s Brandon’s way of coping, but we are never quite sure what with. After his younger sister Sissy (Carey Mulligan) crashes back into his life, Brandon finds himself faced with his addiction and his world slowly spirals out of control.

Few filmmakers have probed so deeply into the soul-crushing depths of sexual addiction as bravely as McQueen does here. Shame is a remarkable snapshot of addiction and self-harm, but McQueen and co-screenwriter Abi Morgan stop short of preachiness. Shame does not judge nor does it expect anyone else to. McQueen offers no solutions, nor provides any clear reason why. For some sex addicts, behaviour does not progress beyond compulsive masturbation or the extensive viewing of x-rated films. For others, addiction can involve illegal activities such as exhibitionism, voyeurism, obscene phone calls, and even child molestation or rape. In the world of cinema, the aforementioned trespasses have all been incorporated time and time again into narratives of addiction. What makes Shame so unique is that our protagonist is a healthy, dark, handsome brute of a man, who could easily settle with just about any woman that grabs his interest. This isn’t Philip Seymour Hoffman’s Allen from Happiness, an overweight, socially awkward virgin who’s obsessed over something he can’t have. Nor is Brandon an equivalent to Richard Gere’s Julian from American Gigolo, who primarily does what he does for money. Instead, Brandon is your everyday successful businessman, who like anyone else can suffer from the same addictions as those less fortunate. Shame leaves much of Brandon open for interpretation. We are offered small hints of an underlying struggle from events in his past that might explain his behaviour, but it’s left deliberately unclear.

It is interesting to note how Brandon and Sissy, siblings with a shared past, cope differently. Sissy is openly emotional, overly dramatic, and dependent on Brandon, while he is the complete opposite: reserved, successful, independent, unaffectionate and secretive. Her presence threatens to unearth whatever Brandon buries deep down inside, breaking him wide open and forcing him to face his problem head-on. McQueen directs the first act with repetition and ritual, much like Brandon’s everyday routine, but with Sissy’s arrival Shame pushes past mere observation. Most filmmakers will fill the need to provide context for a character’s actions, perhaps include flashbacks, or blocks of exposition. Some filmmakers feel the need to answer every question an audience member might have. McQueen isn’t interested in providing a study of sexual aberration brought on by a troubled upbringing. We never find out what the past was, but Sissy does reveal something towards the end when she says, “We’re not bad people, we just come from a bad place.” Short and sweet but to the point, this heartbreaking revelation will hover in your psyche long after the credits role.

The two leads are pitch-perfect as the troubled siblings, matching McQueen’s directorial style through their performances. Fassbender owes a great deal of his notoriety to his part in Hunger as the self-starved IRA member Bobby Sands. In Shame he surpasses that achievement, and in contrast, here he is acting out a figurative form of self-humiliation and imprisonment. Fassbender owns the screen fully unselfconscious about the full-frontal nudity and graphic (but simulated) sex required of him. With very little dialogue, the actor peels back layers of self-loathing that dominate every scene and gives his most compelling performance yet.

Despite the technical wonder of the brilliant camera work in Hunger, the film’s stand-out moment was a seventeen-minute long static shot. With Shame, McQueen repeats the trick somewhat. Carey Mulligan’s musical turn, a slow jazz rendition of “New York, New York,” filmed almost entirely in a single closeup, is the brightest and most exquisite moment of this very dark pic. In those few minutes, the two actors are able to manifest their lifelong relationship without the use of any dialogue.

While McQueen’s background as a visual artist might seem to have a heavy influence on his overall aesthetic, Shame feels less rooted in the language of the art installation than in his previous film. Of course much like Hunger, there are impressive, long tracking shots and tableau-like images. McQueen’s control of sight and sound solidifies him as the next great director. Meanwhile, cinematographer Sean Bobbitt and editor Joe Walker, who also worked on Hunger, are back, and in top form. Bobbitt shoots with cold compositions symbolic of both the New York setting and Brandon’s loneliness. Walker allows the film to breathe naturally in keeping with its overwhelming tone, and composer Harry Escott’s cello-driven score sets the pace.

Shame is many things: daunting, powerful, disturbing, provocative, enthralling and visually arresting. It is also quite simply the best film of 2011. Unwilling to diagnose his problem, Brandon finds his way yet again on the subway with an attractive woman. “Actions count, not words,” as he advises his sister earlier on.