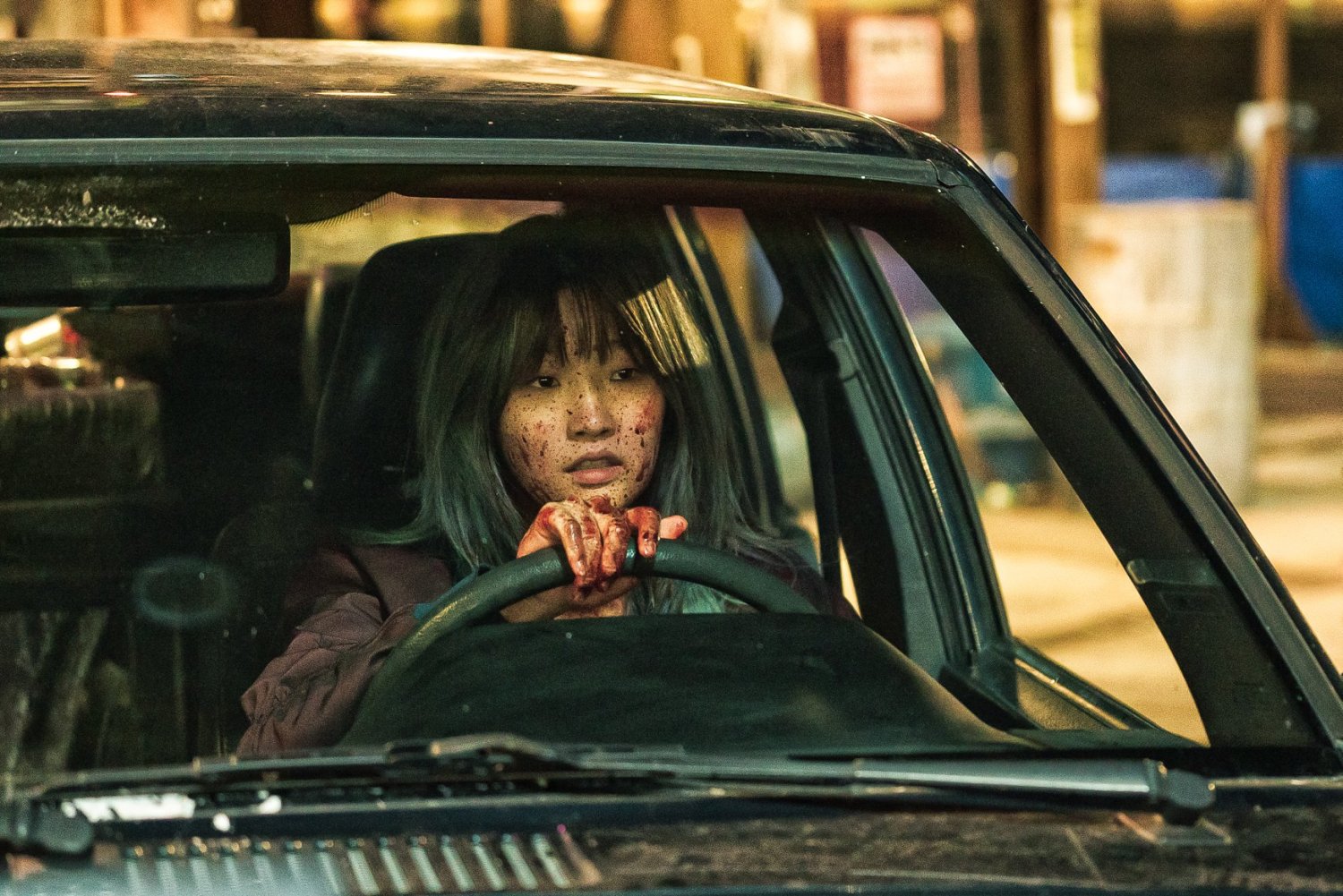 Wearing its inspirations firmly on its sleeve, Special Delivery is a surprisingly action-packed gem that delivers sequences rivaling that of its allusions. With a mysterious protagonist played by the charismatic Park So-dam (Parasite) and a thrilling cat-and-mouse game where the cat has no idea what the mouse is truly capable of, Park Dae-min’s latest film doesn’t leave a lasting impression but it’s an entertaining blast of action in the moment.

The more egregious problem with Special Delivery is that it’s more akin to comfort food despite its tidbits of main character development. That’s largely due to a plot that runs the gamut of cliches to provide a familiar, yet entertaining ride. Park takes on the role of Jang Eun-ha, an expert driver who uses her skills behind the wheel to transport cargo that the post office won’t deliver. Unsurprisingly, that cargo is often illegal in nature, but a job is a job and no one drives better than Eun-ha. When her boss, Baek (Kim Eui-sung), gives her a new contract, Eun-ha quickly finds herself between a rock and a hard place once the delivery goes south and she’s left to take care of Seo-won (Jung Hyun-jun), a young boy whose former baseball-player father and himself are being chased by a corrupt cop, Detective Jo Kyung-pil (Song Sae-byeok).

A lot of Special Delivery feels like it is solely in service of moving plot forward without actually wrestling with any of its implications. From the beginning it’s clear that Eun-ha’s past is a source of mystery for both the audience and those around her, but even as the film progresses there’s never any substantial clarity beyond a couple remarks quickly swept under the rug. It’s a film that wants to keep its protagonist shrouded in mystery because it’s cool, but then tries to hang a plot around it where character motivations are crucial to understanding why things happen the way they do.

However, what plot does get moved forward isn’t exactly compelling to begin with. A corrupt officer using his power to chase down $30 million is hindered by a variable he didn’t account for: Eun-ha. However, Special Delivery rarely puts the two characters against each other until the eventual climax of the film where the action takes center stage over its crime thriller narrative. It’s really just Kyung-pil chasing down Seo-won and Eun-ha while another government agency investigates Kyung-pil and why he’s so interested in capturing the two.

No, the plot is nothing to write home about, but unsurprisingly, the action is a lot of fun. Car chases have a momentum that can shift from intelligent and methodical getaway driving to remarkably visceral chases through the city. Much like Baby Driver, Eun-ha is able to do wonders behind the wheel, but what sets this apart is what she’s capable of doing in hand-to-hand combat as well. Unfortunately, it’s largely saved for the end of the film, but Park does an incredible job proving herself a capable action lead imbued with charisma.

It’s the forward momentum that Song’s performance brings that gives Special Delivery a much more frantic, high-stakes pacing. A cop trying to wrap up loose ends before anyone is able to pin anything on him, Kyung-pil is rushing through the city trying to turn over every rock to find Eun-ha and Seo-won, but keeps running into dead ends or being given the slip. On the flipside, the film’s setting taking place primarily within the confines of the city streets creates a sprawling network with just as many roadblocks and narrow means of escape as it does opportunities to take advantage of its labyrinthian structure. Its action scenes feel fully realized within the limitations of a car, but add to that high-pressure chase that the movie centers itself around.

While its plot leaves a lot to be desired, its familiar trappings and structure provide a template that writer and director Park Dae-min capitalizes on as much as he can. Unfortunately, it’s the teases of a more fleshed out character that emphasizes the reluctance to turn Special Delivery into a character-focused action film, feeling more like the delivery company is what the film finds interesting as opposed to the central plot engulfing its characters. With car chases like the ones on display here though, it’s not difficult to recommend Special Delivery for anyone looking for their next boost of adrenaline.

Marcel the Shell with Shoes On is an Endearing, Sincere Adventure