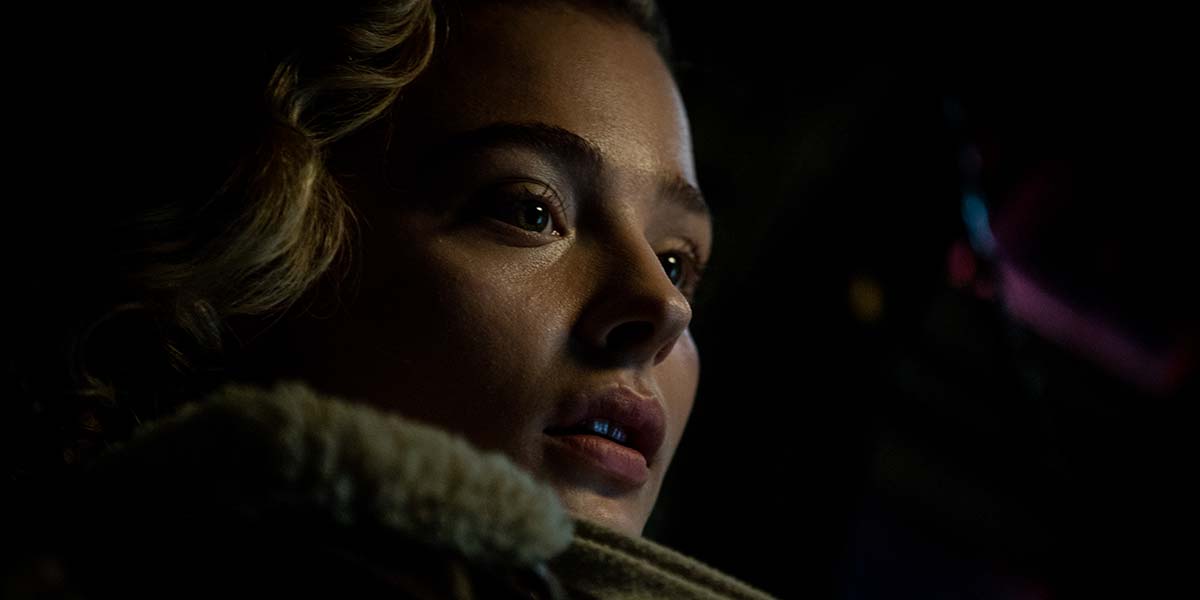 Shadow in the Cloud is an extremely tense film with a badass Chloë Grace Moretz in the lead role as Flight Officer Maude Garrett. Surrounded by men who doubt everything about her from her rank to her abilities, it’s a movie that feels like it’s going to take on masculinity and position itself as something more than just a pulpy thrill ride. Unfortunately, despite being a fantastically stress-inducing piece of cinema, Roseanne Liang’s latest film is undercut at every turn by a muddled screenplay that has nothing more to say than what it shows on screen. As a piece of blockbuster entertainment, Shadow in the Cloud is exciting enough in the moment, but before it even ends there’s a lingering doubt that there is anything substantial to the movie beneath its surface-level thrills.

As Maude Garrett boards a B-17 Flying Fortress, she is immediately inundated with questions of her credentials, mission, and what a woman is doing on a plane. The captain of the all-male crew relegates her to a Sperry ball turret where she remains for the bulk of the film. In fact, the camera never leaves her presence throughout all 83-minutes of the movie. An effective means of conveying the isolation Garrett feels aboard the bomber, it also means the only way the film can show what’s going on in the rest of the plane is through what she sees from the turret, or through radio chatter.

When she starts seeing a flying rodent-like creature on the wing of the plane, referred to as a Gremlin, the rest of her crew question her sanity as she’s left to deal with both misogyny and a pest problem. Mysteries about who Garrett is and what her mission is begin coming into focus as the film itself starts losing everything it has worked up towards for the sake of cool setpieces.

The twists and turns in Roseanne Liang’s latest film bear striking similarities to the film’s outside struggles to reclaim it as her own. Originally written by Max Landis, the screenplay has undergone rewrites from Liang and it is clear from her direction that the film that was originally there has been reborn. Unfortunately, there’s plenty of moments in Shadow in the Cloud that just does not mesh with the rest of the film. The constant radio chatter works, but the broad caricatures of each character are so simplistic and every comment that comes out of any of their mouths is either misogynistic because they’re men, or something that feels separated from the plot. There’s no organic conversation. Instead, people are constantly yelling and ridiculing Garrett as she constantly proves herself as more than just a pretty face.

Beyond horrendous dialogue, there are also way too many moments where the film tries to do something cooler than it is intelligent. In fact, almost every decision made by a character is borderline idiotic, including some made by Garrett – who is propped up as the greatest flight officer ever according to her credentials. It doesn’t mean the movie doesn’t benefit from some of the insane decisions made by characters. On the contrary, there is quite a spectacle to behold, and as a white-knuckle thriller, Shadow in the Cloud is entrancing. It becomes difficult to look away from the action, but when there are moments that just make you throw your hands up in disbelief of what’s happening on-screen (not in a good way), it undercuts everything.

Speaking of undercutting the film, Shadow in the Cloud also features this extremely heavy synth score that sometimes works but more often than not is actually kind of grating. To begin with, it’s unoriginal and feels like it could have been lifted from any number of movies with the same score (Turbo Kid kept popping up in my head). The conundrum is that when the score is really good and complements the scene well, it’s usually torn asunder by, you guessed it, the screenplay. Combined with cheesy green-screen and digital effects, it makes sense why someone would want to use the score for this kind of movie. But this is a film which shines in its tension, not in its incredulous moments – moments which feel just as forced as the score does.

This is the largest issue: even with the momentum of the film and the great moments within, it’s still lacking anything to sink your teeth into besides watching Garrett be better than all the men around her. Moretz does such a great job leading the film and conveying smaller emotional beats within a strong, scrappy character. She is the only component linking the silly plot points together besides forwarding momentum. When the movie itself tries to maneuver through quieter moments, it just feels inert. None of it matters and that’s the biggest shame about Shadow in the Cloud. No matter how thrilling it tends to be, it always reminds you of the script which feels like it was written by someone who knew what was cool but didn’t know how to implement it effectively.

‘Fargo’ Represents the Best of the Coen Brothers