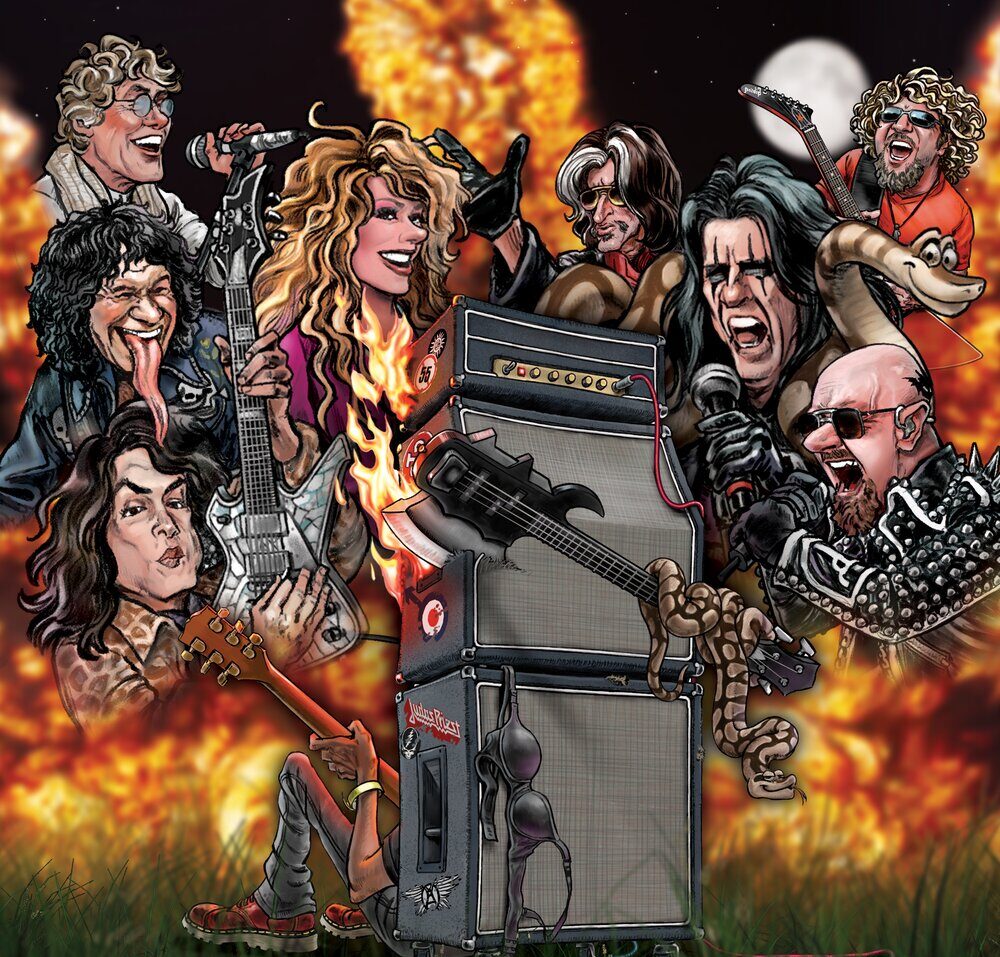 Trying to achieve the dream of living a rockstar life is something most can only imagine. Karaoke, air guitars, and games like Rock Band and Guitar Hero can all bring you closer to the feeling of being a rockstar. As life gets in the way of pursuing passions or dreams, Rock Camp: The Movie shows an experience that might be the closest some can get to feeling like a rockstar without actually starting a band. Doug Blush and Renée Barron’s film highlights a fantasy camp that brings fans of rock and roll closer to their rock idols while getting the chance of a lifetime to play alongside music legends and other passionate fans. One-sided in its depiction and focusing on a handful of campers, Rock Camp: The Movie rarely cuts through the fantasy of it all – resulting in a film that feels more like an advertisement than an honest account of the camp itself.

If your idea of a fun time is just listening to rockstars that you grew up with talk about how sometimes it’s cool to play with other people, Rock Camp: The Movie might be for you. Centered around a fantasy camp created by music producer David Fishof that allows those who spend the right amount of money (this isn’t mentioned in the film) to live out their rock dream of playing cover songs with Joe Perry of Aerosmith, there isn’t much here that doesn’t feel like an ego stroke. While it would be interesting to watch Roger Daltrey of The Who fame give tips and pointers to aspiring vocalists or Slash from Guns N’ Roses give guitar lessons, this documentary really isn’t about that. In what might be its best decision, it spends more time getting glimpses into the lives of those who live for fantasy camp.

Following four main storylines of regular people about to live their dreams of attending fantasy camp, there are some genuinely touching moments sprinkled throughout Rock Camp: The Movie. From a father finding music to be a way to help his autistic son, to the bonding that music has had between another father and his two sons. However, everything else has this wash of phoniness over it due to the subjects they chose. There’s no real indication that any of the attendees they focused on struggled at all to scrounge up the funds needed for the fantasy camp. The musicians joke that they’ll play guitar with someone and then find out they’re a doctor, but the implication of that is that if you are not wealthy this camp is likely not for you.

For some, Rock and Roll Fantasy Camp is probably a dream come true. But for others, it seems like this might just be another corporate retreat. That’s not to belittle the experiences of those who are attending, but for those less fortunate who are actually looking at Paul Stanley and saying “I’d love to play with him”, it becomes obvious that some dreams are still out of reach.

It’s also a difficult pill to swallow when there’s no evidence anyone learned to be better musicians because of the camp. Within the time we spend with each attendee, only one seems to be doing something that she considers a struggle and even then, this brainchild of David Fishof isn’t intended to teach people to be better musicians. It seems like the only thing it does is provide an experience that these people will never get otherwise because none of these musicians would do this for free. And again, that experience is playing cover songs with a famous musician.

Speaking of Fishof, he does have a past that Blush and Barron wisely spend a decent chunk of time exploring. Unfortunately, it’s mostly just people saying how great he is and him sharing stories of hanging out with celebrities. I was honestly shocked to find he was not a producer on Rock Camp: The Movie, given how much the movie just seems to be a glorified commercial for his own fantasy camp. It’s seeing some of the genuinely smart business decisions that come from Fishof that makes it fascinating to see him latch those onto this business venture. Combined with archive footage of musicians doing their thing, there is an audience for this film and it comes through in the fact that you get to hear Alice Cooper, Gene Simmons, Roger Daltrey, and many, many more talk about how cool rock music is and how absolutely lucky they are to be where they are in life.

Most of the history evoked in the film either precedes Rock and Roll Fantasy Camp or is only interested in the marketing and popularity of the camp. Documentaries, in my opinion, should rise to a higher level than just selling their subject to audiences. Even in other films that have looked at experiences people can have, there’s usually some critical edge to it that justifies being more than just a commercial. Perhaps transparency was off the table for Rock Camp: The Movie, but if that was the case, the film itself loses a lot of its value.

All things considered, the film feels half-baked in its approach. As a camp that happens on a regular basis, it might just be that this particular one was a bad draw and they had to mine what they could out of it. There’s no exploration of previous instances of the camp besides which musicians have attended years prior. It adds up to a movie that struggles to find nuance in its camp’s existence. Rock Camp: The Movie might sell some people on the idea of attending this fantasy experience, but by omitting so much information regarding the camp itself it feels nothing short of disingenuous and doesn’t even begin to approach the subject with any critical lens.

Herself is a Critically Bulletproof Feel-Good Story