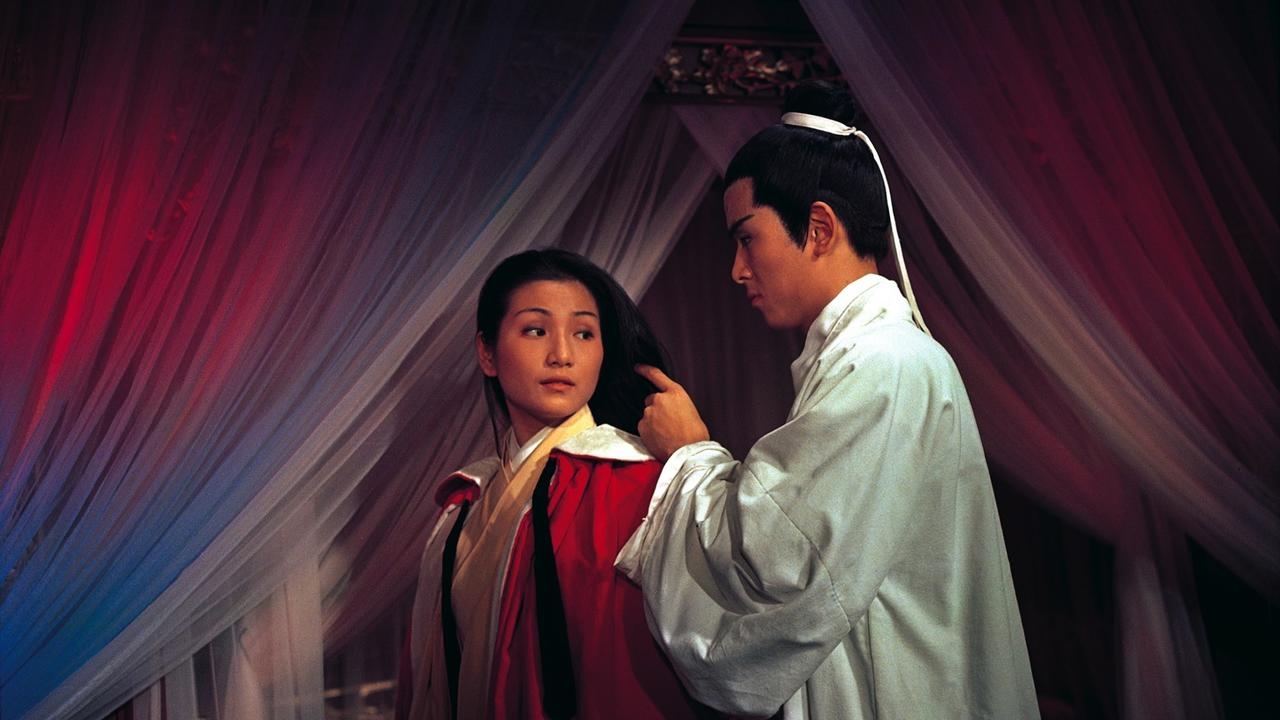 Who has never watched a film a second, third, or even fourth time and only then come to understand some of its virtues which upon initial viewing remained hidden from the mind’s eye? Virtually all films can benefit from multiple viewings, but perhaps even more so than the ones people love, it is the ones people disliked at first which can subsequently offer very eye-opening experiences. In this entry for the Shaw Brothers column, things will be done a little bit differently. Any readers who follow me know that I have, in fact, already written about Golden Swallow. More to the point, the review which appeared a while back was less than favourable. Despite having written that article with assurance, something kept gnawing away in my mind. Sure, the odds that the film would ever elevate to ‘masterpiece’ status were slim, but something about the picture kept haunting me, which therefore prompted a second look at Golden Swallow, Chang Cheh’s 1968 sequel to King Hu’s 1966 true gem, Come Drink With Me.

The story follows a trio of characters: Golden Swallow (still played by Chan Pei-Pei), whose real name is Xie Ru Yan, Han Tao (Lo Lieh, back in the column after a 2-week absence), also known as Golden Whip, and last but not least Xiao Pang (Jimmy Wang), also known as Silver Roc. Swallow is badly injured at the very start of the film, the unfortunate recipient of some poison darts. Han Tao, a brave warrior who only kills when absolutely necessary, heroically comes to her rescue, takes her back to his home among the mountains, and heals her back to her old self. Not far from where the two new friends rest, Silver Roc is engaged in a merciless vigilante career against the country’s thugs and crime lords. His methods go far beyond those of Han Tao’s, or even Golden Swallows for that matter. Roc prefers to vanquish his targets once and for all, without even a prayer’s hope of them escaping alive. He is one angry fellow. In reality, Swallow and Roc are former martial arts students from the same school. Roc was a troubled orphan, who one day abandoned school to tack down and murder his family’s killers, never to be seen in class again. Now, Roc is leaving the scenes of his crimes with Swallow’s famous darts, using them as a calling card of sorts to mislead the criminal underworld to believe she, and not he, is the perpetrator. The hope is that she will come out of hiding and seek him, which is precisely what she opts for, much to Han Tao’s dismay. How will the emotional tug of war be settled within this love triangle?

In my previous entries, I elaborated on two primary concerns that plagued the film to the point where it was deemed clearly the inferior picture when stood against the original 1966 Come Drink With Me. For one, even though Chang Cheh interestingly provided with his interpretation of Golden Swallow’s world with a different visual style (shaky camera), it felt overdone. Second, too much of the story focused on the Han Tao-Silver Roc rivalry, which not only resulted in the character of Golden Swallow playing second fiddle to the both of them but appearing meeker in the process. Having given Chang’s movie a second chance, certain thematic strengths are now far more apparent, in addition to the director’s visual tastes seeming more potent than they were originally credited as being. It should be stated that the diminished screen time for Chang Pei-Pei is still a point of contention. With such an amazingly powerful, fun heroine involved, it is frustrating for her screen presence to feel less strong than that of her two co-stars, not to mention that Chang Pei-Pei, as has been written more than once in other reviews, is a remarkable talent in her own right. It is still my belief that she should play a larger role, physically, in the film. That being said, Golden Swallow is a better film than was previously believed.

Golden Swallow is Ultimately a Satisfying Experience, if a Little Somber

To claim that Swallow comes across as meeker than in the previous installment was a harsh comment to make. There is no denying that with the inclusion of not one but two love interests, the dynamism asked of the actress and the character change dramatically. As stated in that other article, Swallow is certainly more three dimensional and humane in this picture than the last. Whereas in Drink she was a pretty much a cunning beast (albeit a cool one) in Chang’s picture she is softened up a bit, but that in no possible way makes her weak. The truth of the matter is that the complete opposite can be argued and in all likelihood is exactly what the director is aiming for. The strength of the character now lies in her wrestling with the rush of emotions that test her better judgment, her instincts as a noble warrior, and her capacity to fight the good fight. In the past, she was very much the gun-ho, battle-ready spy, always ready to cheekily taunt her opponents before dispatching them with the greatest panache. This time around, her strength must derive from an ability to reconcile with what she feels for Han Tao and Silver Roc. Han Tao is more just, nobler and kind, yet a part of her, a part certainly pushed to the forefront by a sense of nostalgia, longs for Silver Roc, who is more than glad to horrifically slaughter any criminals her can plunge his sword into. Are the people he hunts down villains? They definitely are, yet an important question begs to be asked: at what point does the end no longer justify the means?

The nature of the heroine’s role in this second adventure is stronger than that of either of the two male stars. In a sense, it is in this film that the character completes her maturation process and becomes a fully-fledged human being. She can still fight like a hellcat, only now she knows emotional pain and how to make the difficult decisions. More importantly, and as a result of her inner turmoil, she knows when a fight is not required. She knows when to lay down her weapons and when others should too. Silver Roc is the one who has yet to mature. A legendary fighter he may very well be, but he is still the hurt little boy whose family was taken away from him all those years ago. Killing the culprits responsible for his family’s death has not solved anything, having only led him into a downwards spiral of barbarism. With this hypothesis in mind, is it, therefore, intentional or merely ironic for the titles of both films to refer to the more mature characters in each movie even though they play smaller roles than others directly involved in the action (Come Drink With Me referring to Drunken Cat, Golden Swallow’s at first comically inept ally who ends up being a great and wise master)?

The second point of contention for which my annoyance has slackened to a great degree concerns Chang Cheh’s usage of what today’s critics and movie bloggers enjoy describing as the ‘shaky-cam’ style. Compared to the simpler, more stationary camera movements and set-ups chosen by King Hu, Cheh aspires to send the viewers directly into the thick of the action. I think it is natural for the handheld technique to demand a few viewings before being fully appreciated by film viewers, especially when the movie under analysis is a high-octane martial arts film. The movements of the actors and stunt people are so rapid that when the picture frame is bouncing endlessly, discerning what exactly is transpiring on screen is not exactly an easy task. This second viewing has helped exponentially, to the point where Chang’s camerawork now appears very impressive. It is filled with amazing Dutch, or tilted, angles which highlight the tension of certain moments. The handheld cinematography also does wonders for sequences when the action occurs in tight spaces. The greatest example is when a certain gang, under the assumption that Golden Swallow has assaulted one of their branches, attacks the protagonist as she is sipping a drink at an inn. The entire scene is filmed in the tiny confines of the dining room. Swallow slices down a few of the men, the leader attempts to kill her with small exploding pellets, with Swallow eventually running away and leaping out one of the back windows. All of this happens in a take or two and is capture via the dynamic handheld camera. It actually looks stupendous rather than confusing.

When all is said and done and both films are compared and contrasted to the smallest detail, Come Drink With Me remains the superior film if mostly because it carries an air of silly adventure about it that Golden Swallow lacks. The former is a little bit funnier, has more memorable villains, and ultimately uses the more traditional but also more effective cinematography technique. The latter’s emotions are far more ambiguous and its often lugubrious tone simply is not as fun. Still, this second viewing has helped shine a welcomed ray of positive light on what can now be deemed as a very solid entry in Chang Cheh’s resume.

‘The Reason I Jump’ Furthers the Conversation Around Autism