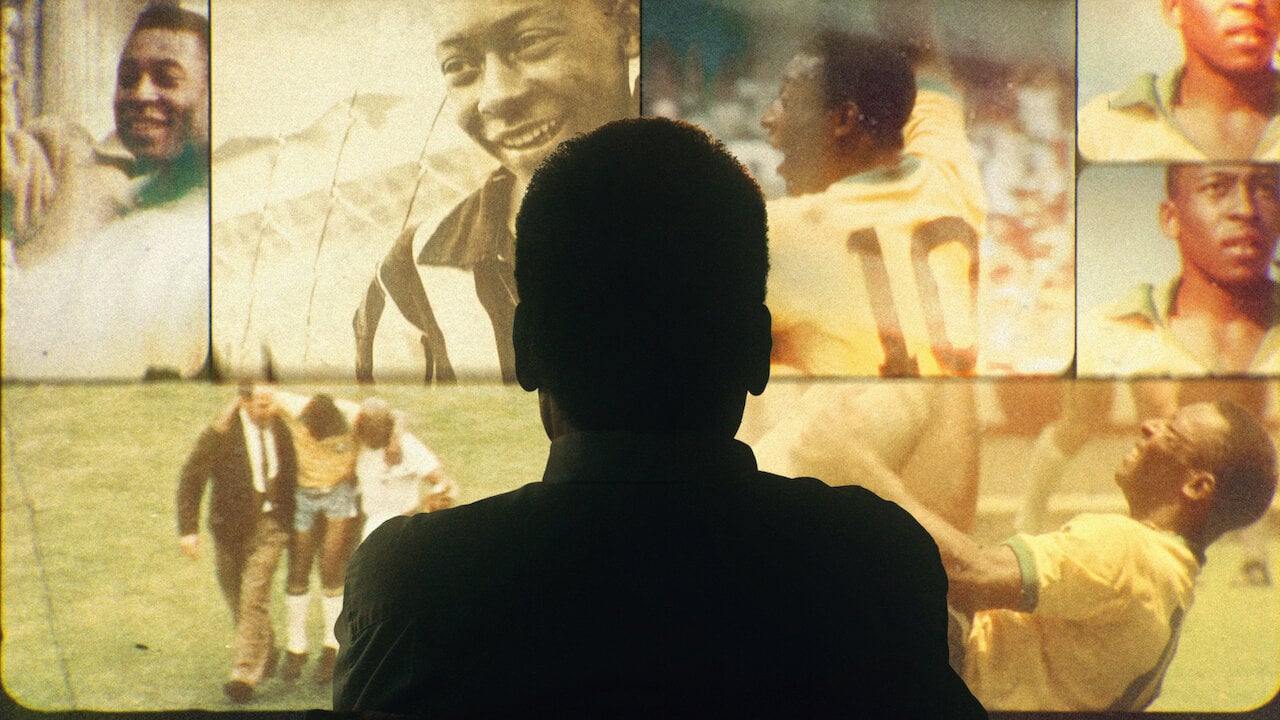 If you’re the sort of person who became a huge fan of soccer in the last 10 or 15 years but knows practically nothing about the history of the international game, or about the giants of the sport from before you were born, Netflix has a new documentary that explores the life of one of the greatest.

Pelé, directed by the duo of David Tryhorn and Ben Nicholas, looks back on the life of the Brazilian legend, whose real name is Edson Arantes do Nascimento, who is the only player in history to win three separate World Cups.

It’s a fairly traditional, 30 for 30-style sports documentary, featuring a combination of a huge amount of archival footage of games, along with talking-head interviews. And that includes the cooperation of the now-80-year-old Pele himself, first shown using a walker to walk to his seat, but sharing keen insights about events that took place more than 50 years ago.

Aside from his impoverished childhood, and his admitted weakness for womanizing,  the documentary concentrates almost entirely on Pelé’s time on Brazil’s national team. This included the four World Cups that he played in between 1958 and 1970; the star was only in his early 30s when he stopped playing for Brazil. The game footage is well-assembled and also, as with most sports, showed just how different that particular game looked five decades ago.

The film touches on his club career much less, and only briefly mentions his time in the ’70s in the U.S. with the New York Cosmos, or anything in his post-retirement life. (Pelé’s life was also the topic of a 2016 biopic, Pelé: Birth of a Legend, while his Cosmos tenure was covered in the 2006 documentary Once in a Lifetime: The Extraordinary Story of the New York Cosmos.)

One fascinating aspect is that the documentary explores the political turmoil in Brazil that took place over the course of Pelé’s career, including the rise of the military junta that ruled that nation from 1964 until 1985. The film also shows that, much like Michael Jordan, Pelé showed little interest in speaking out about political issues.

“I’ve done much more for Brazil with football, in my own way, than many politicians have done,” he says at one point.

Some talking heads criticize Pelé for not taking the same steps that Muhammad Ali did around the same time, although another defends the soccer star since speaking out against a military dictatorship at that time could have gotten Pelé tortured or killed. The question of whether Pelé was merely being cautious or shy, or was in fact acting as a stooge for a terrible government, is a matter of debate among those who watch the film.

As documentaries about 20th-century soccer legends go, Pelé is not quite up to the level of Diego Maradona, Asif Kapadia’s 2019 exploration of the Argentinian legend, which aired on HBO in the U.S., and actually included stylistic flourishes beyond what is typical of sports documentaries. Maradona was also, no offense to his Brazilian counterpart, much more of a character.

But the Pelé documentary is a fascinating, but not overly hagiographic look at one of the most important athletes of the last century.

The Vigil Ruminates on the Horrors of Faith