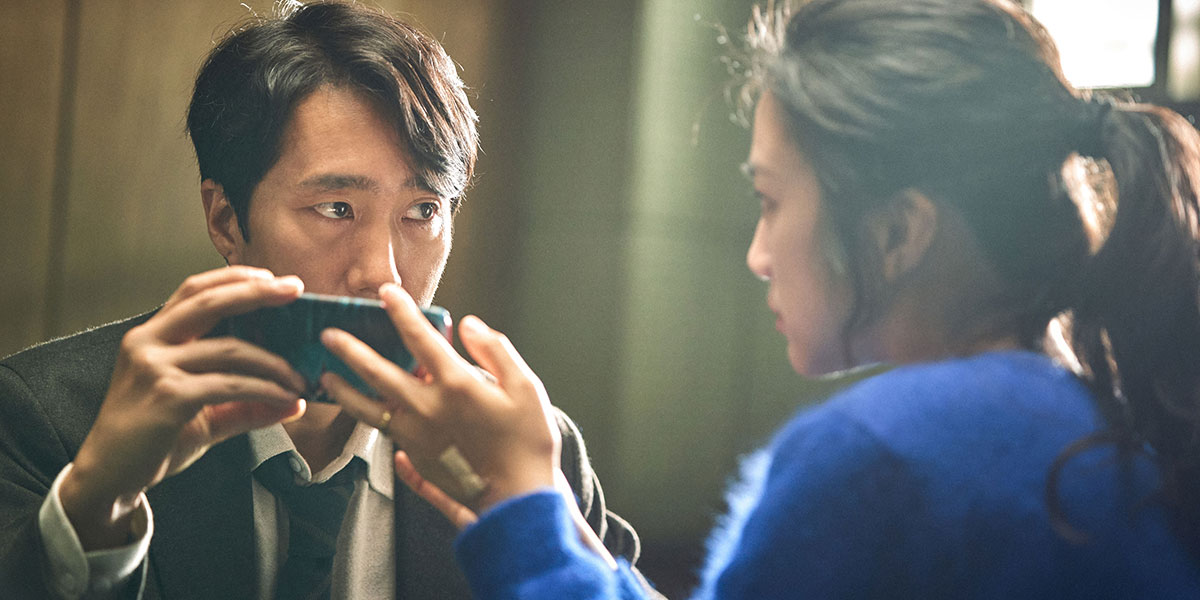 Park Chan-Wook is the only filmmaker who can turn convolution into a badge of merit. His labyrinthine storytelling is always a tremendous joy to traverse, even when you find yourself lost in its lavish, intricate, and engrossing dead ends. The legendary writer-director behind Oldboy and the powerfully lewd, The Handmaiden, takes us through another complicated and opulent network of delectable crumbs and shocking revelations that will leave you equally moved and perplexed, as he pauses, ever so slightly, to dole out pockets of reiteration for the less cinematically inclined. What should be an exhausting and infuriating process is made utterly mesmerizing by the sheer magic its mystifying branches are tinged with.

With Decision to Leave, the Korean master finds himself at the peak of his powers, as he constructs yet another elegant, intoxicating trail of clues that hypnotically marry a swooning romance with a masterful murder mystery, all the while being surprisingly playful—It’s the complete cinematic package.

The story centers on Hae-jun (Park Hae-il, sublimely evoking the jilted Noir hero), a handsome, steadfast detective who is the youngest inspector in Busan, where the number of unsolved cases continues to mount. He is happily married to his pretty (and witty) wife (Lee Jung-hyun) whom he oddly doesn’t live with, as she works in a smaller seaside town a few hours away while he’s immersed in the big city needs of the homicide squad.

Yet, that eclectic tandem is tested when he’s charged with investigating the death of a man found at the base of a mountain. A seemingly open-and-shut case of tragedy is made an enigma when Hae-jun meets the elusive, bewitching, and impossibly beautiful Seo-Rae (Tang Wei in a riveting and enthralling turn), the Chinese-speaking wife of the deceased.

While her apparent lack of concern piques Hae-jun’s curiosity, her innate charm quickly seeps into the recesses of his mind and heart, transforming this case into a mystery of existential proportions.

Decision to Leave is, at its core, an impassioned love story, but one that transcends the plane of sex, as the all-consuming romance is conveyed through longing stares, broken conversations (distilled through smartphone translations), and a mysterious allure that is beautifully realized through the two leads’ inherent chemistry. All of which are emboldened by the stunning direction and choreography which exquisitely harmonizes their gestures and movements— as if they’ve always known each other.

Through each interrogation, conversation, and lovelorn stare Kim Ji-Yong’s astonishing camerawork finds more meaning in the air between each word, as the opulent, layered compositions ascend to new heights of articulacy without ever coming across as overindulgent. The gloriously cool style, in itself, becomes the substance.

Littered with sublime overheads, deep-cutting symmetries, and textured reflections (both electronic and conventional)—all of which collide and fold onto one another — establish a profound connection between the two characters, even when they don’t share the same spaces. This delicate link between the dashing detective and the irresistible black widow takes on an emotional profundity that overflows in each quick-cutting montage and languid pan. Each sequence is gushing with piercing intrigue and romantic tension that is made even more potent by its decadent orchestral score.

With such an elaborate tale, it’s stupefying how Park makes even the exposition utterly exhilarating. He interweaves philosophical statements and heart-to-hearts about the all-encompassing power of love (and the instinctive sacrifices it requires), over thrilling, engrossing action sequences. Moments like these are not one-offs but allow the film to settle into a spellbinding momentum that carries us towards each clue, insight, and heartbreaking realization with complete, undivided attention.

Though Decision to Leave is rooted in the same framework of Park’s warped, ornate period thriller The Handmaiden, it is astonishingly contemporary in design. Park’s vision of modern romance is distinctly underpinned by the technology of today, as it becomes vital to the narrative, not only to a functional, transferential degree but on a level that unearths its cinematic potential. From the painful disconnect in audio and video recordings to the agony of text delays, Park’s inventive lens taps into rich thematic veins, laying bare a poignant commentary on how greater online connection has both diluted and empowered the ways we experience love, loss, and remembrance.

Decision to Leave is a beautifully convoluted marvel that consistently asks bold questions that are deliberately left unanswered: what are Seo-Rae’s motivations? Does she truly love him beyond the ostensible black-widow persona? The answers to these conundrums both lay in repeated viewings and the personal experiences we bring to it. Much like its beguiling heroine, the film and its wholly satisfying conclusion, are just as unreliably gorgeous as the lovesick heart at the centre of it.

The Son Fails to Overcome Its Source Material

Secretary at 20: Maggie Gyllenhaal’s Sexy Breakout Was Way Ahead of Its Time