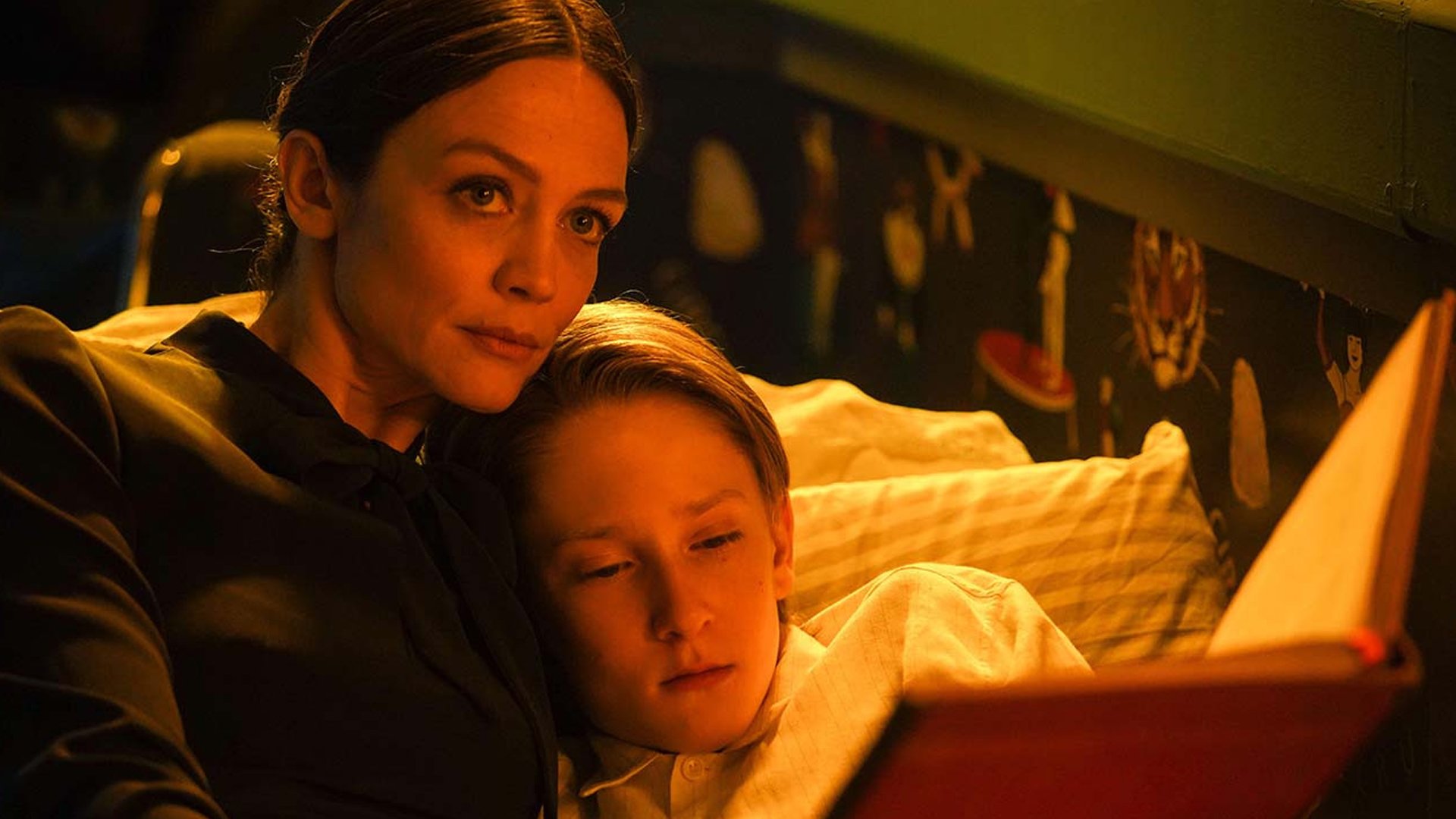 In The Nest, a young boy named Samuel (Justin Korovkin) who is paralyzed from the waist down is held captive in a foreboding Italian estate at the order of his mother Elena (Francesca Cavallin). The slow-burn Italian film takes its time developing its story, before shaking things up with a twist that might please M. Night Shyamalan in its final minutes. But even though it’s suffused with a captivating sense of style, The Nest is often too slow in getting to the point.

The film opens before the titles with a scene in which a baby Samuel is abducted by his father, who seems to think it’s necessary for the two to get off the estate as quickly as possible. But before he can drive off the grounds, a security detail chases him down and he loses control of the vehicle, killing himself and paralyzing his son. The action resumes years later when Samuel is around ten. The boy, who requires a wheelchair, isn’t allowed to leave the estate on his mother’s orders, which a group of domestic workers enforces. Also staying at the estate are mysterious hangers-on, some of whom seem to be friends and others whose positions are less clear, like the doctor Christian (Maurizio Lombardi), who has a devilish grin perpetually pasted on his face. They all clearly have secrets about the outside world that they’re keeping from Samuel, and Christian is the enforcer who violently punishes anyone who speaks too lovingly of their time outside the estate. Their efforts to keep the outside world an enigma are foiled when a 15-year-old girl, Denise (Ginevra Francesconi), is brought to the estate by a family friend. She reluctantly works as a maid for the family, but she also threatens to give Samuel knowledge of what’s beyond the fences.

The Nest engages in misdirection to keep the audience guessing, which is mostly successful. It starts to seem that Elena may just be a crazed woman whose overprotective nature and psychotic love for her son has enmeshed those close to her. Later in the film, there’s a chilling scene in which one of the housekeepers is visited by a horrifying creature that was once her coworker, suggesting we’re in for some kind of monster movie or a haunted house film, but it turns out to just be a dream. The director, Robert De Feo, and his cinematographer, Emanuele Pasquet, effectively shoot the towering mansion so that every corridor seems to be filled with shadows and menace. Other horror films might have underlit the house to make it seem spookier, but Pasquet is successful in finding just the right degree of naturalism. Unfortunately, De Feo and his multiple screenwriters spend much of the film treading water. Most horror films have more intense moments followed by slower moments to give viewers a chance to catch their breath, but The Nest sometimes slows to a glacial pace. It’s a pleasure to luxuriate in the chilling mansion’s corridors, but some scenes seem like retreads of earlier moments. Cavallin is captivating and infuriating as Elena, and Lombardi plays his character as if he’s an homage to Giallo films, but Samuel is underwritten. He’s meant to seem like an inward, quiet child, but he often comes across as blank and boring, and it’s hard to believe he could be so incurious about his circumstances until Denise piques his curiosity.

As for that twist at the ending, your mileage will vary depending on how much you care for them. Too often they seem cheap and slapdash, but The Nest is careful to strew enough clues about that the ending is initially surprising but wholly logical once you run through them all. It’s still a bit too clunky for a Shyamalan film, and The Nest doesn’t have his sense of propulsion in its plotting, but it’s still a fun bit of misdirection.

‘Undine’ Puts the Realism Before the Magical

‘Rose: A Love Story’ Sucks the Vigour Out of the Vampire Trope