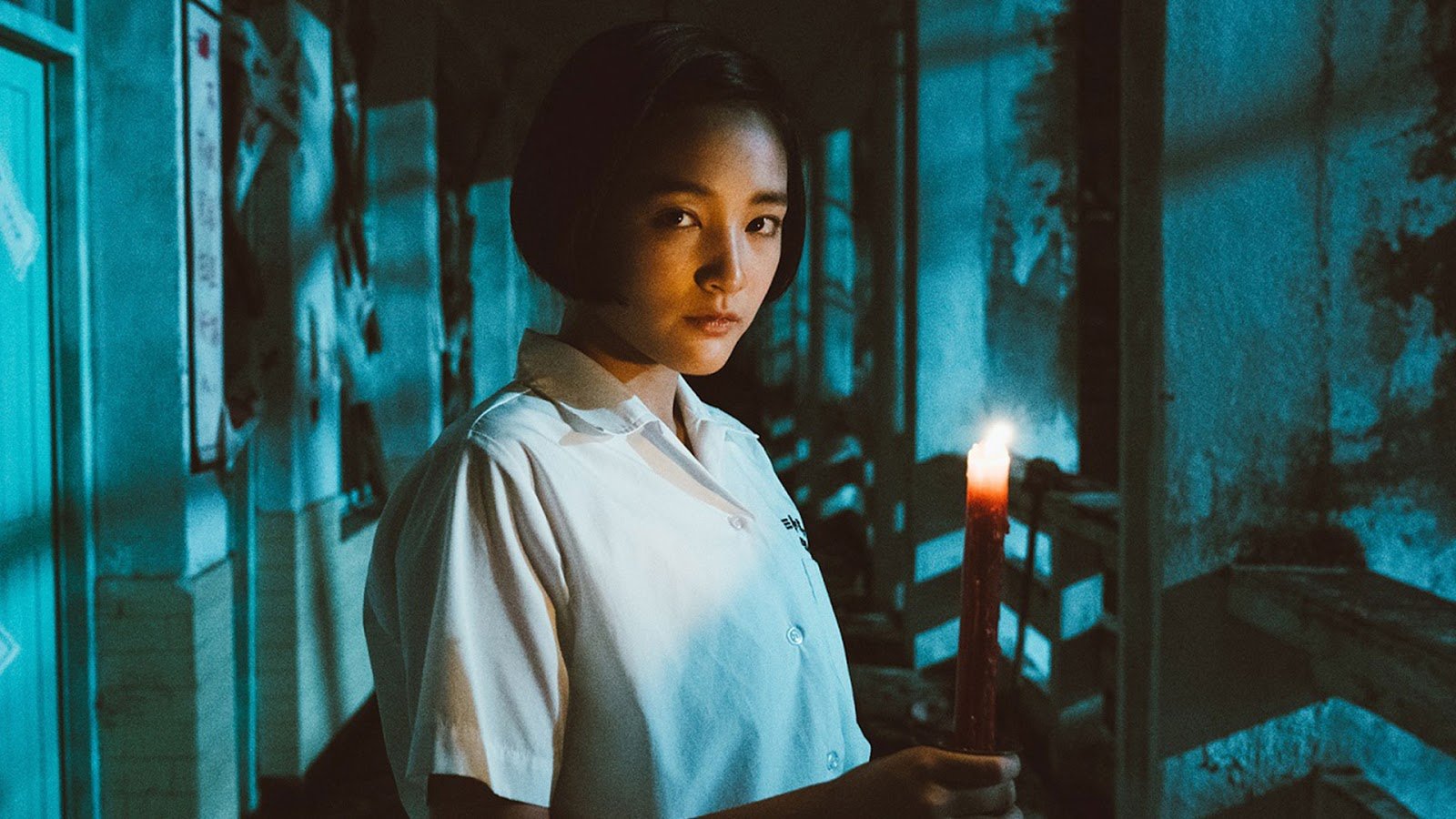 Twenty-three years after it ended, Taiwan’s White Terror stands as a horrifying period in which the island nation was ruled by ruthless fascists who provided a blueprint for mainland China’s Cultural Revolution. There are plenty of documented injustices and killings from 1949 to 1987 to easily build a horror film around, but the Taiwanese horror film Detention isn’t content to let those horrors stand on their own. Instead, it inserts silly supernatural events and timid gore in hopes of creating a spooky movie out of something that was already terrifying. The film is a travesty, and all the more embarrassing because it seems to have learned nothing from the tasteless videogame it is based on.

Detention opens in 1962, more than a decade into the lockdown, in which intellectuals and elites were given show trials (if they were lucky) and tortured or murdered, and in which Chinese literature and Western writings believed to be sympathetic to communism were banned. At a middle school controlled by militaristic police forces, a secret group of students, led by the teachers Mr. Chang (Fu Meng-po) and Miss Yin (Cecilia Choi), have begun reading and copying banned works in secret. Wei (Tseng Ching-hua) is among the students participating, and he takes a leadership role within the group. Another student, Fang (Gingle Wang), becomes aware of the group after she accidentally discovers some of the banned writings Wei has been copying in a music notebook. Wei is sympathetic to the group, but she’s too scared to join them, as her home life provides unique challenges — her abusive father is a member of the police.

This backstory is revealed in flashbacks, as the film opens on Fang and Wei as they awake alone at their school in the middle of the night amid a thundering storm. They’re trapped there, as the road leading from the school has washed away in a flash flood. But neither student can recall why they’re in the school or how they got there. They’re not alone, as ghosts of their fellow students roam the hallways, and ghastly creatures that seem to be mutated versions of their police instructors are on the lookout for them.

The film is based on the Taiwanese videogame of the same name, which was released in 2017, and Detention is unable to escape its influence. The movie defaults to the simplest plot possible: a treasure quest. The two students must wander the school in search of their teacher Mr. Chang, whom Fang had seen briefly after awakening that night. The film keeps their quest overly simplistic, and they merely wander the halls and grounds in hopes of finding him somewhere, much like a player would wander around in the video game. The monsters they encounter aren’t especially scary, and some poor CGI doesn’t help matters. The director, John Hsu, seems to realize the creatures aren’t delivering in the scares department, as musical stings are layered over their appearances to make viewers jump where they normally would be unmoved. It’s a shame because the cavernous abandoned school and the pouring rain would have made the perfect spooky setting, but Hsu and his co-writers Fu Kai-ling and Chien Shi-keng aren’t able to capitalize on it. Beyond its frights, Detention has a strange understanding of how torture works. One student who’s going to be executed if he doesn’t start talking is urged by a fellow prisoner to “live,” as if it’s something he can merely choose to do. Of course, for him to “live,” he has to name other people, most likely sending them to their deaths, but the scene is treated as some heroic gesture.

The scene also underscores the biggest failing of Detention: it tries to concoct milquetoast frights when the period it’s meant to examine has plenty of horrifying moments ready-made. Similar fascist takeovers have inspired other filmmakers to explore their horrors, but the original videogame besmirches those whose lives were destroyed during the White Terror to make its generic scares, and the film adaptation is no different. Fittingly, the original Detention game’s story was developed first, and the White Terror setting was only pasted in later to help make it seem more impactful. For the filmmakers, the historical atrocities are just a convenience to help make their instantly forgettable scary movie.

Nightstream: 32 Malasaña Street is Terrifying Even When the Sun is Out

The Tremor Dissects the Reason for Sensationalism