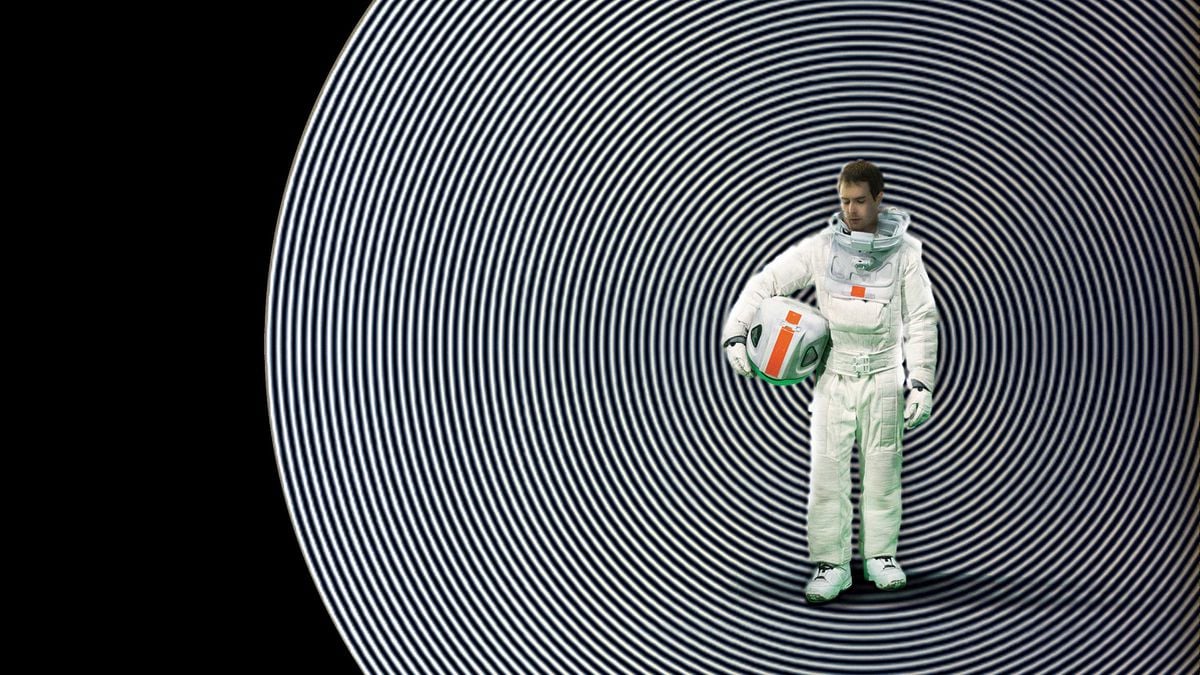 One area of film that was really neglected during the ’00s (whatever you choose to name them) was one of the founding cornerstones of modern cinema, the unlimited avenue of storytelling possibility that is pure science fiction. Even mediocre attempts at overly mind-bending space stories were few and far between, perhaps dictated by disastrous franchise flick Star Trek: Nemesis, colossal Eddie Murphy failure Pluto Nash and George Lucas’ uniformly soulless and awful Star Wars prequels. Indeed, it wasn’t until the final year of the decade that James Cameron returned to the far reaches of the cosmos with the unadventurous Avatar. The same year, a good old-fashioned philosophical quagmire with flavors of classic Lem arrived at minimal fanfare but substantial critical acclaim. Duncan Jones’ directorial debut, Moon proved superior to the highest-grossing movie of all time by dint of quality over quantity.

Basking in a static, composed setting and narrative action, this tale of a lone astronaut cut adrift from the rest of humanity and thrown into insane levels of unreality never quite speeds up from mystery drama into thriller, instead proving to be a unique and psychologically taut character study. Sam Bell (Sam Rockwell) is an employee of Lunar Industries, the only operator of a mostly automated mining project on the surface of the moon. With a family at home waiting for his return and only an AI assistance bot (Gerty, voiced by Kevin Spacey) for company, Sam is understandably excited that his three-year contract is about to end. Darkness creeps into light, however, when he begins hallucinating a teenage girl, with one such episode causing him to crash his buggy and sustain injuries.

Waking in the medical bay with no idea what happened to him, Sam finds Gerty to be in a suspiciously unhelpful mood, and after tricking his way out of the base he discovers the crashed rover, and inside an unconscious second version of himself. After bringing him inside, a hostile and torturous dynamic begins between the two Sams, an existential quandary that makes decent attempts to understand what is occurring near enough impossible. With the wounded Sam beginning to physically deteriorate, the pair step up their efforts and find that Lunar Industries have hardly been employing ethics in their employee management program, with concealed equipment revealing the use of cloning and replication. Knowing they have a limited amount of time to act, the two Sams concoct a plan to escape and spread the word of the crime they represent.

Made on a relative shoestring of $5m, Bowie son and fellow screenplay scribe Jones exploited a Hollywood writer’s strike to employ the industry’s best special effects maestros, creating one of the most impressive low-budget films in recent memory. But while the use of body doubles to create the most literal of duality in scenes is starkly astonishing to view, it is the material that Moon proves to be a shining light showing the new director’s undoubted smarts and loving respect for the purity of genuine sci-fi. The ideas behind the best of futuristic set fiction are birthed by necessity, using means impossible in current reality setting to tell a story and explore ideas that are often right at the core of being human. Just like undoubted classics 2001, Tarkovskiy’s Solaris, and Blade Runner, Moon mines its genre for possibility and not CGI thrills.

They are themes that make its viewing utterly essential, questioning the undoubted immorality of creating artificial life in the image of man, and putting the focus firmly on the experience of a clone who awakens thinking he is human only to discover he has been born to hopeless, truly inhumane life. He does not face a fate any more idealistic or fulfilling than the base’s robot guardian or even the harvester vehicles plowing the lunar surface day and night. The apparent next stage of technological advancement, it seems, is rife with an inherently evil premise. It also takes the time to explore the relationship between two incarnations of the same person, with the weary and lonely ‘original’ Sam too tired and isolated to want to question the nature of his new company, while the ‘new’ Sam’s bravado and fury at the situation see him turn his guns on an apparently weaker, meeker doppelganger in the absence of a more righteous victim. Some may question the almost nonchalant attitude towards the two Sams, particularly early on, but it’s worth taking time to question how you would react to such an unprecedented, impossible scenario.

Marvelous, as it turns out, is the best word to describe Duncan Jones’ Moon!

More than the exemplary and mind-boggling special effects work, the effectiveness of these scenes comes from the astonishing performance by perennial character actor Sam Rockwell, who delves into incredible depths to portray two very different portrayals of the same protagonist. The two Sams are, essentially, different sides of the same coin and divided by a three-year experience only one has had the misfortune to suffer, but are none-the-less of the same soul. While watching the pair brawl lazily holds almost mind-breaking complexity in principle as well as amazing aesthetics, the true success of Moon comes from Rockwell’s careful characterization and nuances, ensuring that he is not simply playing two different people, but is playing different versions of the same person. The emotional weight his efforts carry only heightens the heartbreaking human angle to a story which, in other hands, may have leaned too heavily on its gimmick. It is an Oscar-winningly good performance, like the film one of the best of the decade and finally sees Rockwell given the chance to display his significant chops and leading man charisma.

An incredibly intelligent screenplay by Jones and Nathan Parker marries thoughtfulness to brevity in a plot that moves swiftly and assuredly as well as providing numerous eye-catching and memorable scenes. There is also a real affection within the material, a refusal to crank up the sinister or throw in obvious plot-twisting game-changers in the interest of excitement. Gerty, the automated service bot voiced nicely by Kevin Spacey, initially looks set to be a HAL expy but ultimately proves to be more humane than the company men who built him, and his instant decision to help Sam rather than contain the situation is emotional and warm when on paper it sounds schmaltzy. The emoticon dictated mood settings on the bot are surprisingly effective, especially during key scenes when Gerty’s loyalties are under scrutiny.

The film’s gorgeous visual art, capturing the lunar surface in a stylistic but interesting manner, and the superb score by the ever-brilliant Clint Mansell means that to top everything else off, Moon is a film that looks and sounds fantastic. A modest little picture, the film uses its small screen time to ask numerous big questions smartly and accordingly, while also making sure not to ignore the elements that make pure science-fiction such an essential part of fiction; the personal, human angle. And Moon is nothing if not personal. While Avatar was making fortunes through big and bold, Moon was capturing hearts with small and intelligent, a compact and thoughtful film with its core elements cared for by a superb script, great design, and unforgettable central performance that defines the film. When there’s so much going right, you can’t help but marvel.

Marvelous, as it turns out, is the best word to describe such.

The History of the Godzilla Movie Series