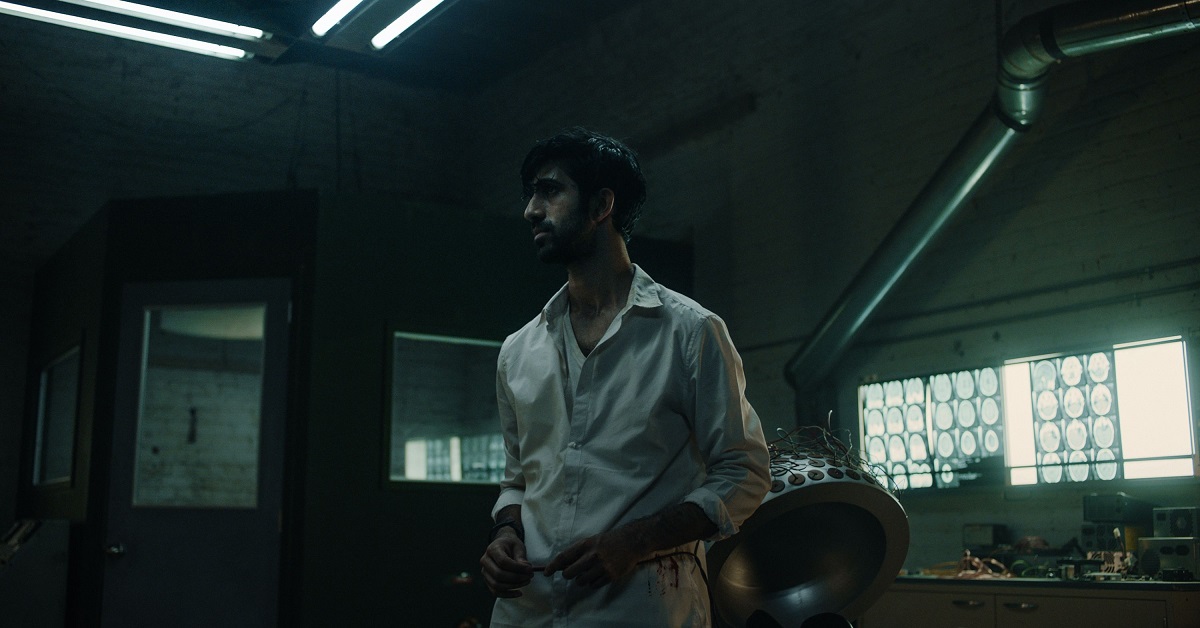 A brilliant but troubled scientist is on the verge of a breakthrough, just a hair’s breadth away from the scientific achievement of the century. In a fit of hubris and/or self-destructiveness, they test this fabulous new invention on themselves, confident that it won’t go horribly, horribly wrong. Which it does, of course, and now our hero must either get themselves out of this predicament or suffer some dire consequences. As sci-fi goes, it’s an old premise, but it’s also a versatile one. The invention or breakthrough can be whatever you need it to be, do whatever you need it to do, and open the door to all manner of character study or social commentary. Minor Premise definitely walks in the footsteps of “science went wrong” stories, playing to many familiar tropes. That doesn’t stop it from being interesting and quite well-assembled, though. It’s not particularly groundbreaking, but plays with some neat concepts and does a good job of weaving the ideas explored in the film into its overall structure.

Our scientist du jour is Ethan, a neuroscientist continuing his father’s work on a machine that can read and potentially alter the mind of the user. In Ethan’s vision, the machine could be used to erase traumatic memories, cure addiction, and even enhance intelligence. But Ethan is also in a destructive spiral of alcoholism and shame following his father’s death and makes the mistake of using the machine on himself. This results in Ethan’s mind being fractured into a number of individual personalities, each one motivated by a different part of his psyche as well as a “default” version. Every six minutes, Ethan shifts into another one of these personas, becoming violently aggressive, euphoric, horny, etc. With the help of his ex Alli, Ethan must find a way to reintegrate his mind before the strain kills him, or his sinister eighth personality completes its own agenda.

Minor Premise makes the wise choice to integrate this central idea into the structure of the film itself, adopting non-linear editing to fracture the film in the same way as Ethan’s mind. This means that we’re constantly jumping around from scene to scene and even moment to moment rather than following a continuous narrative. It works as a way to marry the text and form of the film, but has the (possibly intentional) side-effect of making the film a challenge to keep up with. Between the structure itself and the science-heavy premise, it’s very easy to lose the thread and become lost, which may alienate some viewers.

But if you do lose track, the film’s cast and crew keep it interesting to watch. The aesthetic of this film can best be described as “sweaty and grungy”, with Ethan’s deteriorating mental state quite well represented by the sickly green and yellow haze that seems to hang over much of the film. Sathya Sridharan is quite good in the lead, convincingly bedraggled and morose when he’s playing Ethan’s core persona and channelling the other fragments of his psyche well without going over the top. Between the lead performance and the overall look and feel of the film, it functions quite well as a film as a depiction of someone living with extreme grief or depression.

That having been said, though, there is also something about Ethan as a protagonist that may keep him at arm’s length from audiences. There’s a certain arrogance to the character that he never quite overcomes, or perhaps a coldness that persists even through his arc. Nevertheless, Minor Premise is recommended for fans of twisty, high-concept indie sci-fi.

A Glance at the Short Films of Fantasia 2020