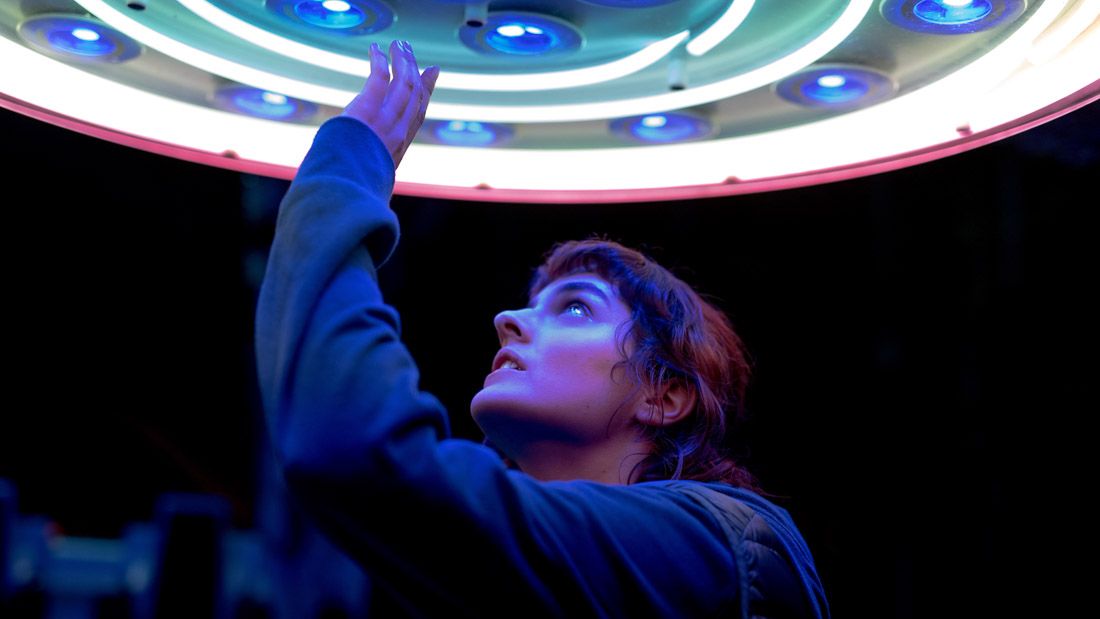 In 2007, competitive archer Erika Eiffel (born Erika LaBrie) married the Eiffel tower, introducing many to the concept of Objectum Sexuality or OS. OS people feel a romantic attraction to objects, including famous monuments. It’s a hard idea for some people to wrap their heads around, but it’s slowly making its way into public awareness. One effort to publicly discuss and depict OS is Jumbo, by first-time director Zoé Wittock. Jumbo follows Jeanne (Noémie Merlant), an OS teenager who falls in love with one of the rides at the amusement park where she works. Jumbo is a sincere effort to depict Objectum Sexuality, never ever playing the idea for laughs and treating it with the same respect and rawness as numerous other coming-of-age LGBTQIA films. Thanks to this, the film should resonate with more audiences than you would expect thanks to its honest and frank depiction of a young woman coming to grips with her orientation.

Even if the viewer themselves isn’t OS, Jeanne’s story will doubtlessly strike a chord with many. A loner living in a small town, Jeanne is withdrawn and shy. Not helping things is her mother (Emmanuelle Bercot), who seems a bit overly enthusiastic about her daughter’s sex life. Not in a creepy way, she just tends to overshare. When Jeanne reveals her attraction to Jumbo, her mother is shocked and unsettled, and the resulting emotional confrontation is about as catastrophic as you could expect for both of them. Jeanne, like the protagonists of so many other films, just wants to be with the one who makes her happy, and to have her family and friends accept her for who she is and what she wants.

This is all brilliantly acted by Bercot and Merlant, the latter especially depicting Jeanne’s emotional journey exceptionally well. Jeanne’s euphoria at discovering her orientation, her feelings of isolation and confusion, and the devastation at her mother’s reaction all feel completely heartfelt and genuine where other actors may have struggled to realize them given the context.

Jumbo also serves as a great debut for Wittock herself, who clearly has an eye for striking visuals. In numerous key scenes, Jumbo’s conventional aesthetics give away to a more vibrant, almost psychedelic look. The film overall is very colorful and vibrant, but these sequences dotted across the film see an explosion of color and light that is almost always mesmerizing to watch.

Objectum Sexuality is going to be a hard idea for a lot of people to get behind, but then isn’t that the way for all new ideas? Speaking, it must be noted, from the perspective of an outsider to the OS community (and the broader LGBTQIA community), Jumbo seems like a great step in the right direction. Its frank and mature discussion of the source material feels eminently respectful, and the terrific depiction of a young person emerging into a sexual orientation that their peers don’t readily accept or understand will definitely resonate with people that have undergone similar journeys. Combine that with the often striking visuals and you get a film this critic heartily recommends.

Fantasia 2020: Terror and Family Drama in The Block Island Sound