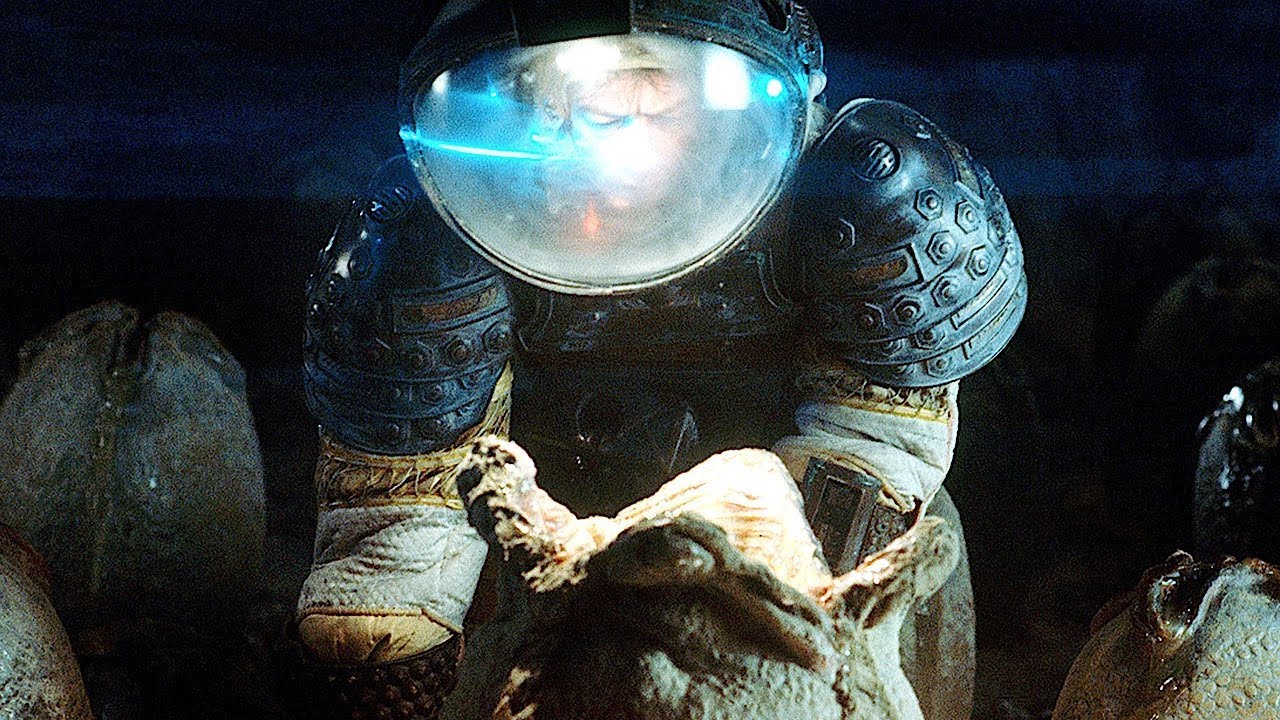 Memory: The Origins of Alien Review

In space, no one can hear you scream — but on Earth, obnoxious fawning is as audible as ever. Look no further than the truly disappointing documentary Memory: The Origins of Alien for an example of how incessant pseudo-babble can waste ninety minutes of a fan’s life with over-the-top cinematic canonization, laughably far-flung thematic theories, and a nearly total lack of practical analysis. What’s more embarrassing — and annoying — is that some of the cavalcade of talking heads paraded on screen likely know less about Alien than many of the viewers who would presumably watch this film. And the rest? They’re more interested in shallowly celebrating genius than examining it.

A clumsy attempt at artistry makes for an ominous opening, heading out to deep space almost immediately on a voyage that will see very little of grounded reality. Still, get past the out-of-place dramatization of ancient Greek monster people, and things do kick off somewhat traditionally. Writer Dan O’Bannon is given a brief profile that points toward his sci-fi interests in H.P. Lovecraft, space comics, and B-movies like The Thing From Another World and Them! as inspirations, and for a second it seems like Memory: The Origins of Alien is actually going to live up to its title by diving into the details of the scripting process, giving cinema junkies the insights they crave into a horror classic.

However, that is simply not to be, as director Alexandre O. Phillipe soon resorts to the same sort of love-fest that brought down his slightly better Hitchcock doc, 78/52. Somehow, over the course of the last forty years, Alien has gone from a masterfully crafted genre pic with outstanding production design to a world-changing work of art that tackles the patriarchy while criticizing imperialism and depicting the inequities of the class struggle, all as it expertly exploits and exposes male sexual fears. Who knew?

But do we learn this from O’Bannon himself or Ridley Scott? Nope. The former has passed away, and thus is only heard from via old interviews very occasionally spliced in, while the latter is mysteriously absent from Origins of Alien outside yet more decade-old clips. But even those snippets from the actual creators rarely offer any tidbits beyond generalities; what really drove the artistry behind turning a solid but unexceptional script into an iconic franchise is largely ignored in favor of continual heaping of praise, and often hilarious stabs at Film Theory. Perhaps Scott wanted nothing to do with the circle jerk.

So, be prepared for plenty of hot takes about the power of Ripley’s portrayal, as one guest cracks an ironic grin at how this strong female character is probably so complex and rational because she was originally written as a man. Of course, actual fans of Alien will know that all characters were originally written as unisex — as stated in the actual script — and were “interchangeable for men or women.” Nice theory, though. And when another interviewee marvels at the bold stylistic choice of overlapping dialogue — you know, the kind that had already been popular for almost an entire decade before the crew of the Nostromo had ever been heard of and was even featured in blockbusters like Jaws — it’s hard not to wonder why we’re listening to these people.

If there’s one saving grace to Memory: The Origins of Alien (and there’s not, really), it would be the behind-the-scenes footage. Watching H.R. Giger sculpt models (even if we don’t learn much of his process outside of taking inspiration from Lovecraft and Francis Bacon) and seeing how the chestburster scene was constructed, staged, and shot, will give fans who haven’t watched any ‘making of’ featurettes some pleasure. Tom Skerritt and Veronica Cartwright offer some amusing anecdotes and debunk the myth that the actors had no idea what was going to happen, and hearing Cartwright explain her background reactions is among the only entertaining parts in an otherwise tedious and uninformative experience.

Fans of Alien should look elsewhere for enlightenment on one of the best horror movies ever made. At times nearly as ridiculous as Room 237 but (unlike that hoot) never in on the joke, Memory: The Origins of Alien is a shallow gush-fest that seems to have nothing to say, but keeps talking anyway.

Watch Memory: The Origins of Alien

A Tribute to the Legendary Ray Harryhausen: Master of Illusion