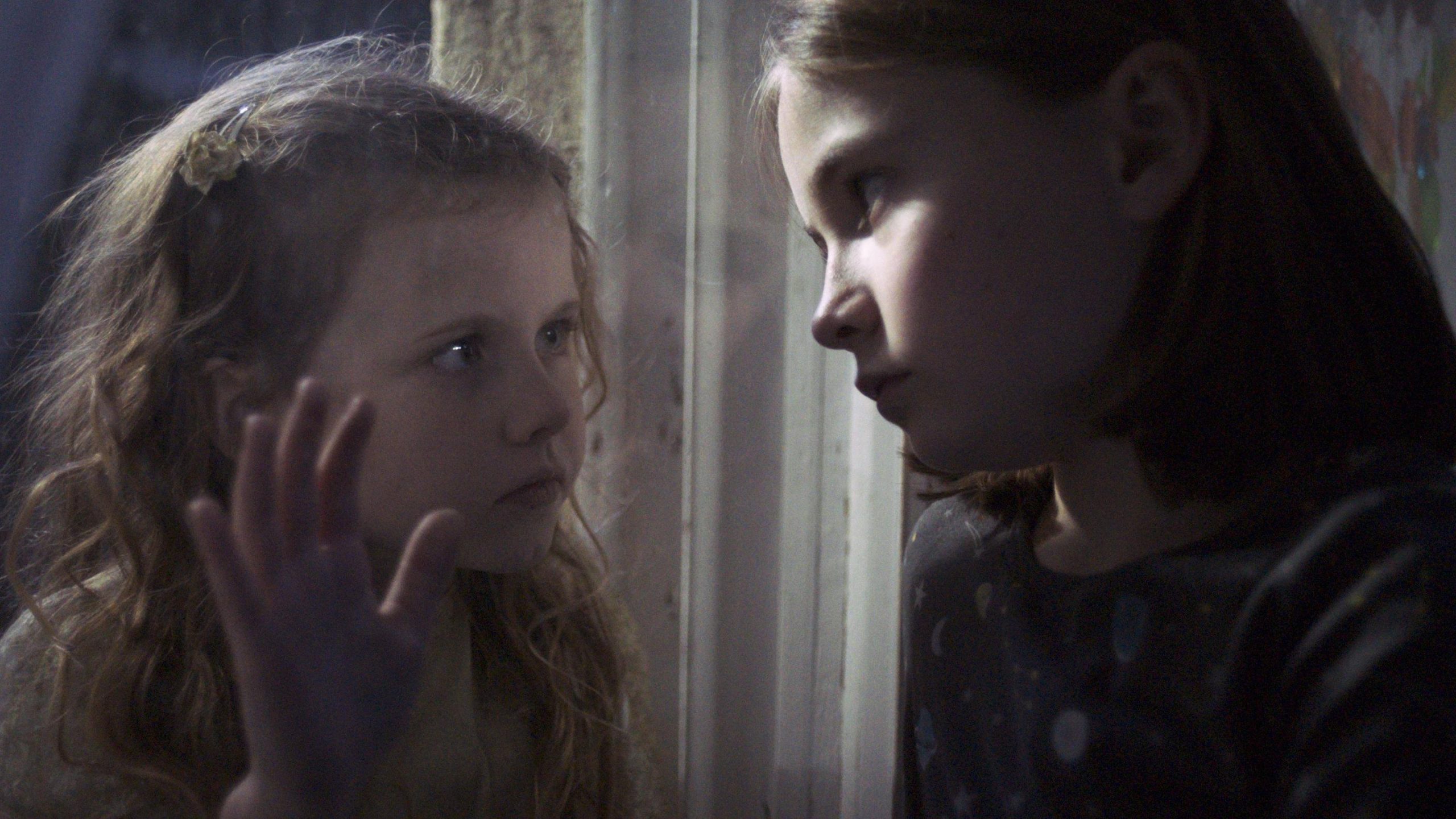 Martyr’s Lane’s poster would have you believe it to be a film about demon children, akin to the likes of The Exorcist or Pet Sematary. It is ultimately misleading, as what transpires during the film’s 96-minute runtime follows a recent trend of the quieter, more psychological British horror, a-la last year’s excellent Saint Maud, or BAFTA-winning His House.

Leah (Kiera Thompson), is a 10-year-old girl growing up in a Christian household. Suffering from consistent nightmares and trying to cope with her emotionally distant mother Sarah (Denise Gough), she is soon visited by a girl her age during the night, who may have more ties to the family than just a simple midnight talk.

What unfolds over the course of the film is both tragic and disturbing in equal measure, an ambiguous exploration of what grief does to a human, and, more particularly, a mother. Leah seems neglected emotionally by Sarah, who comes across as cold towards her offspring, and mercilessly bullied by her older sister Bex (Hannah Rae), who’s pain comes from not only what has happened in their past but the indifference of the family’s matriarch. The two only receive warmth from their father, Thomas (Steven Cree), who, as a priest, does his best to show love for their children but ultimately appears oblivious to the deeper issues at hand.

The dysfunctional family is hard to watch, but astounding performances prevent the film from being unbearable to watch – far from it. Thompson, in her feature film debut, is incredible for someone so young, and gives a naturalistic portrayal of a child both confused by a lack of comfort from her family and the disrupted sleep she experiences on a daily basis, whilst Gough, on the rise after featuring in films such as Argyris Papadimitrpoulos’ Monday, is able to convey an all-consuming grief with a relatable panic when faced with remembering the past.

Both written and directed by Ruth Platt, Martyr’s Lane is far more interested in hell on earth than in any other realm; bar one moment in which Leah’s nightly visitor grows frustrated with her lack of desire to interact with her, it is more about the pain we experience as humans. “It’s not fire and brimstone”, Leah’s father explains to her one day when discussing hell, “It’s darkness.”. A neat way to sum up the experiences of Sarah’s suffering, but also Leah’s lack of knowledge of her family’s history, as the youngest member of a household that doesn’t discuss the past.

Deliberately paced, it’s written with delicacy – it’s obvious Platt took great pains to make this family as realistic as possible. There are no sudden outbursts and no bombastic revelations – in fact, it is most likely you’ll cotton on to what’s happening within the first act – but it is a greatly rewarding slow-burn, filled with discomfort (especially as the night time visitor starts to exhibit some bizarre behaviours) and far more intriguing than the more overt ghosts stories we’ve become accustomed to. This is a subtle gem that is worth seeking out.

Prisoners of the Ghost Land Tries to Coast on Weirdness Alone

On the Third Day Goes Far on Style and Atmosphere