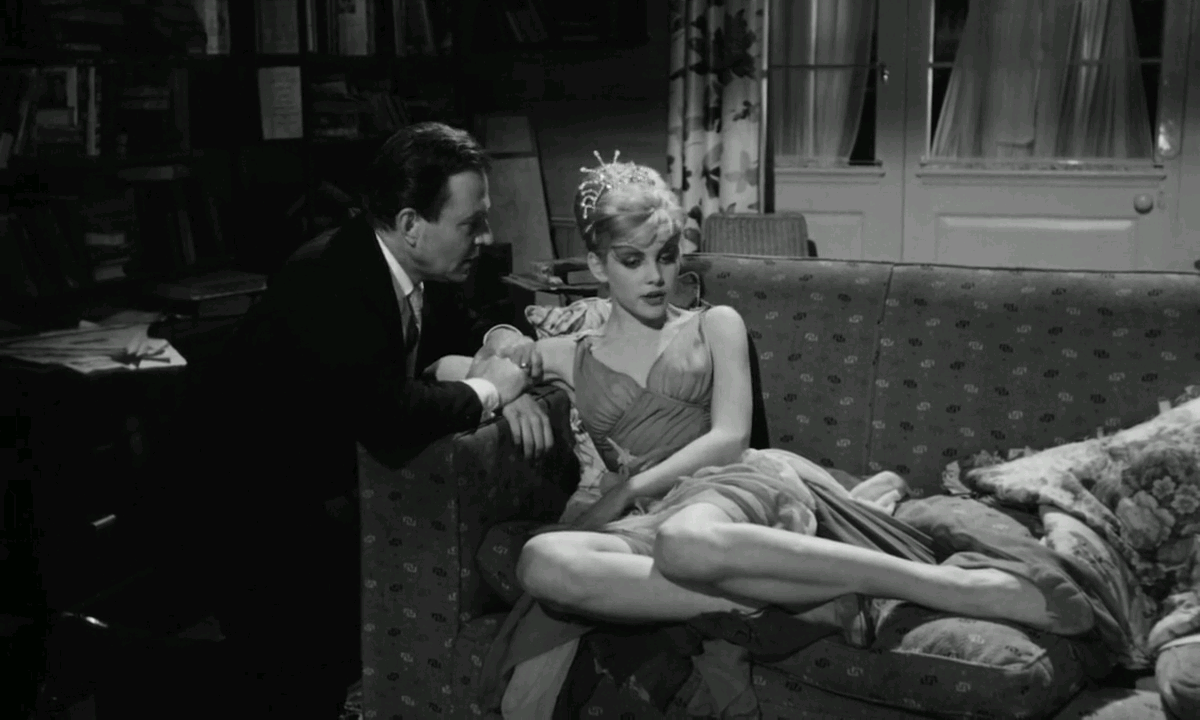 How would they ever write a review about Stanley Kubrick’s Lolita?!?

It feels safe to argue that regardless of what era a critic or commentator tries to write about the film, its sensitive subject matter cannot protect it from a level of derision. To be clear, its subject matter is challenging. Of that, there is no doubt. As Lolita turns 60, Tilt Magazine dedicates a retrospective to one of the grand auteur’s less talked about movies. How? Get a writer who has never seen it. Lolita as seen through virgin eyes if you will.

Based on a controversial novel by author Vladimir Nabokov (who adapted the screenplay), the story follows the intense passion Humber “Hum” Humbert” (James Mason) has for Dolores “Lolita” Haze (Sue Lyon). Humbert is an Englishman living in the United States, teaching French literature at a university in Ohio. Lolita is a free spirit who lives with her mother Charlotte (Shelley Winters), the manager of the house where Humbert rents a room. From the moment “Hum” sets eyes on “Lo” when shown the backyard garden his he is smitten. She returns his interest and the two engage in a tenuous, challenging but highly passionate affair.

Story of Love and a Love for Story

As per Taschen’s wonderful The Stanley Kubrick Archives, Nabokov’s original book had difficulty gaining traction amongst publishers. According to comments from those who have read it, the novel is more explicit than the film, and considering how daring the latter is, who can blame companies for shying away from the material? The film broaches a touchy subject whilst practicing unambiguous suggestions instead of explicit reveals. One can only imagine what those chapters in the book are like of scenes that in the film judiciously fade to black.

Lolita is a prime example of a film that rewards viewers who give it a chance. Make no mistake about it, it tells a peculiar, odd, immoral tale. There are no two ways about it. Then again, there is a mountain’s worth of terrific films featuring characters and stories anyone would consider disgusting. Lolita is no exception. Let us be perfectly clear: it’s a Stanley Kubrick picture. At the risk of sounding dumbfoundingly obvious, the chap knew what he was doing when making films. That alone should be reason enough to give this endeavour the benefit of the doubt.

It is not so surprising therefore to discover that a genuinely engaging story gives the picture its brilliance. Yes, it’s a controversial story, but a darn good one. The sort of ordeal that everyone knows should not happen and will end in a train wreck yet cannot take their eyes away from. Humbert and Lolita’s romance is played as straight as possible, at least within the context of a romance between a stuck-up, middle-aged Englishman and a midwestern Ohio teenager. Scenes of tenderness and, more powerful still, of arguments lend Lolita a dedication to realism that may catch unsuspecting viewers off guard. Interactions between the two lovers are imbued with an honesty one would find in just about any kind of love story…only this isn’t any kind of love story. Therein lies Kubrick and Nabokov’s secret. They play it as straight as possible and the results are as realistic as possible.

A discussion about Lolita would be remiss to omit the imbalance dictating Hum and Lo’s relationship. A key component of this doomed romance is its depiction of who the alpha and beta are. Who leads and who follows? Who commands and who is subservient? Despite being the elder of the two, Humbert turns to mush in front of Lolita. He certainly tries to gain command at times, occasionally succeeding (she is just a teenager after all). The truth of the matter is that Hum is helpless against his inexplicable infatuation, one that eventually morphs into more genuine feelings, even something resembling love.

Kubrick’s dedication to playing the interactions as honestly as possible unsheathes a power dynamic imbalance. Guessing that the elder of two would seize control and dominate the innocent, puritan nymph is too easy. Nay, the opposite proves true. For lack of a better term, Humbert is total beta material. Lolita is in control throughout. Her hunger is insatiable. Allusions to “games” played with boys at camp, feeding Humber his breakfast as if he were a dog, unapologetically disregarding her mother’s chiding. Not much stands in her way, with exception of the fact that she is still young, and lacks a bit of maturity. In no way does that handicap prevent her from being the alpha in the relationship.

James Mason and Sue Lyon are impeccable in their respective roles. Mason’s iconic status was already rising by the early 60s. Seeing him delivering a committed, nuanced performance should surprise no one. Even so, given the sort of romance Lolita depicts, the vulnerability his character displays is tragic. Humbert is a lost cause despite himself. On the other hand, Sue Lyon is a revelation.

“Tour de force” is a term to be used sparingly when describing performances, but she comes darn close. The actress was still quite young during the shoot, only 14 years old. A combination of raw talent and excellent direction from Kubrick results in an utterly convincing performance. Lolita is smart, bold, and cracks-wise. The film never lets the viewer forget that she is barely a teenager though, prone to youthful whims. Who knows if her mentioning that Clare Quilty (Peter Seller), Humbert’s rival, was the only man she ever cared for is genuine.

In some ways, Lolita operates as a spiritual precursor to Kubrick’s final film, Eyes Wide Shut. Both feature very complicated romances, sexual desires of questionable morality, and relationships that the protagonists convince themselves are strong but in truth are hampered by several cracks in their armour. Come to think of it, there is even a moment when a very young Leelee Sobieski lovingly eyes Tom Cruise from behind her father’s back. A Lolita predicament that Cruise’s character voids falling prey to?

Say what one will about the morality of Kubrick’s earlier film (or Nabokov’s novel). There is no doubt that the director showed that any story can be told if done correctly and with maturity. It can be argued that Lolita is Kubrick’s most emotionally charged film, his most humanistic film. How’s that for controversy?