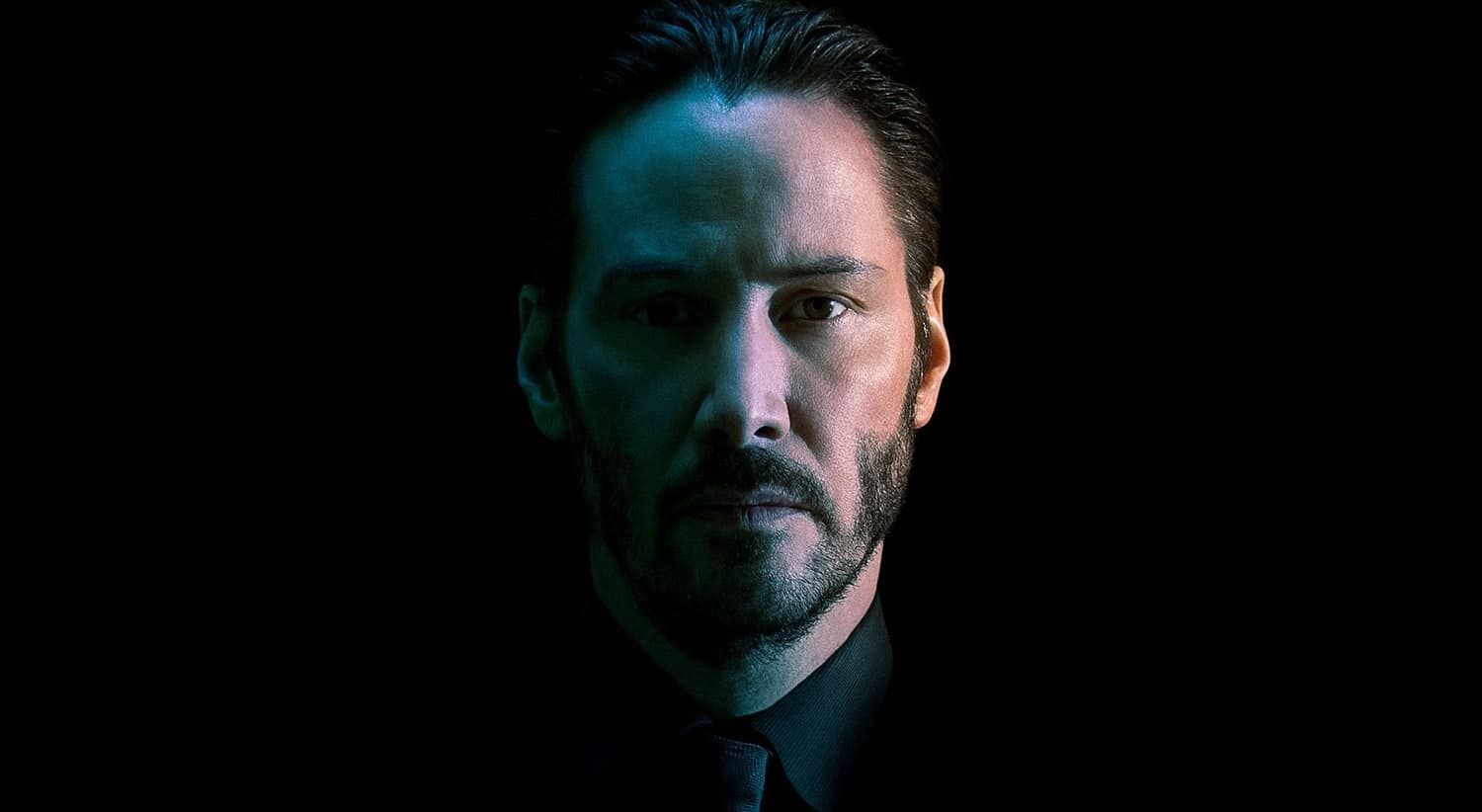 In 2014, John Wick rampaged through theatres, wowed audiences, and left its blood-stained mark on Hollywood. The film is a throwback to the bad-ass revenge-thrillers popularised in the 70’s — but with the action impulses of grindhouse Kung Fu flicks. John Wick didn’t break box office records or redefine the genre; instead, the film blew people away (on screen and off), and became an instant cult classic. So what sets this modestly budgeted film ($20,000,000) apart from action movies that cost over five times as much to produce?

Right from the opening credits, John Wick’s striking visuals capture the viewer’s attention. The film’s directors, Chad Stahelski and David Leitch, have an eye for composition. The duo packs their film with gorgeous shots that look like they’re ripped out of comic book pages. Stahelski and Leitch spent their career working with the likes of David Fincher and The Wachowskis, the former of whom approaches composition with the level of precision that John applies to delivering his signature headshots. It makes sense that Stahelski and Leitch picked up tricks of the trade from these pros.

Stahelski and Leitch’s stylised colour grading is the garnish on top of their visual buffet. From beginning to end, John Wick keeps mixing up its cinematic presentation. In one sequence, sunburnt oranges and yellows saturate the frame as John blows off steam pulling doughnuts in an empty parking lot. Later on, the film hits viewers with Tron-like neon pinks and deep blues that illuminate John’s bathhouse killing spree. From an aesthetic standpoint, John Wick is an escalating series of visual treats.

John Wick is reminiscent of films like Dirty Harry and Death Wish. Had this film come out 40-years ago, Sam Peckinpah would have directed, and it would have starred Charles Bronson or Clint Eastwood; John is the modern incarnation of Harmonica or The Man with No Name. When the film begins, John doesn’t speak a word to anyone for several minutes — that’s an eternity by today’s movie standards.

It’s clear that Akira Kurosawa and Sergio Leone’s films inspired John Wick. Leone’s influence shows up early on, as dialogue and exposition take a backseat to long silences and visual storytelling. The camera follows John back and forth through time, acting as a window to his world as tragedy befalls him.

John never discusses his pain; instead, the audience sees visual representations of his loneliness, such as his dead wife’s trinkets in the bathroom, a bracelet on the nightstand beside his bed, and John’s chilly reflection serving as his only (human) company while he sits alone in his kitchen. The directors trust that the audience can follow along with their storytelling style. 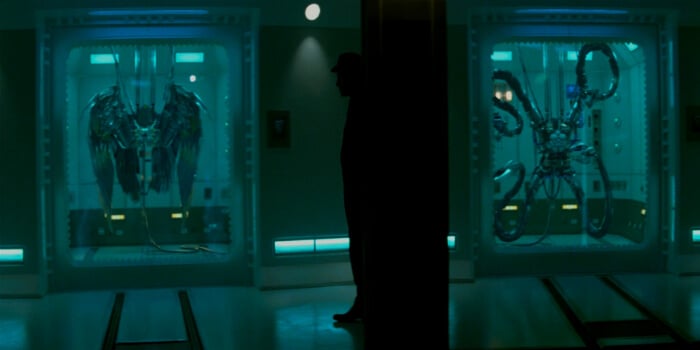 The way John Wick crafts a subtle mystery through worldbuilding sets it apart from other films. Marc Webb’s The Amazing Spider-Man 2 failed because it valued worldbuilding more than telling a standalone story. The Amazing Spider-Man 2 spent so much time planting seeds for its sequels (Felicia Hardy, The Rhino, The Vulture’s suit) that its own story felt underdeveloped and insignificant.

John Wick presents just enough extra details about its crime-infested world to keep the viewer intrigued, but not distracted. These details are icing on a storytelling cake, not promises of better tales down the road. A clever screenwriter could create an entire film about the mysterious underworld hotel/assassin refuge, the body disposal cleanup crew, or the golden coin’s history, as these flourishes make John’s world feel like it existed before the film began, and the viewer is stopping in for a visit.

John Wick‘s major selling point is its action set-pieces. The film features exceptional fight sequences. The combat stands out for its intensity, brutal violence, and meticulous choreography. John drops bodies with superhuman efficiency — his kill count reaches the high 70’s — and he makes it look cool “AF.” John’s “heightened” reality is more Desperado than Jason Bourne, yet the action stands out because of how grounded it feels.

Stahelski and Leitch are stunt coordinators who spent decades working in Hollywood before directing John Wick, their first film. They earned their chops creating actions scenes in iconic films such as The Matrix, 300, and The Crow. For John Wick, they put their years of experience to use, calling in favours from their friends in the business. Those friends are the toughest and most experienced stunt people working today. The result is an action movie masterclass.

The fighting in John Wick feels authentic because a good chunk of it is. The choreography chooses function over style, meaning you won’t see guys throwing spin kicks because they look cool on camera. The fights go down in short, practical bursts, with the combatant’s intentions always to end their opponent quickly and efficiently (though sometimes combat gets messy, breaking down into playground style eye-gouging or finger biting). John Wick‘s stunt team also paid meticulous attention to detail, even ensuring that John never fired more bullets than he has in each clip – they factored reloads into the choreography!

It was important that Keanu Reeves didn’t just look the part – he had to become John Wick. Reeves spent four months training for eight hours a day to master the film’s advanced fight choreography. He also worked with L.A. S.W.A.T. members and Navy Seals to perfect his gun handling technique. His intensive training even extended to behind the wheel. When the audience sees John blazing down the road, squealing his tires and gliding into Fast and the Furious caliber drifts, it’s all Reeves.

A general rule for action movies is to break the cinematic illusion as little as possible. Directors break the illusion every time they liberally apply CGI, or cut and insert a stunt double, but since Reeves was capable of performing in spots normally reserved for those stunt doubles, there was less need to swap him out of intense moments. Fewer doubles for Reeves means fewer cuts and longer takes. It also means that the camera can zoom in on Reeves during chaotic moments. His insane level of commitment to the role allowed Stahelski and Leitch to create credible-looking, awe-inspiring action sequences.

John Wick provides a fantastic blend of substance and style. The film dazzles the viewer with an array of bullets, screeching tires, and flying fists while telling its simple revenge story. The filmmakers executed their vision at every level, with knockout visuals, the straightforward narrative, and intense action sequences all drawing the viewer into the film’s world. The result is a lo-fi crime-thriller that holds up against its blockbuster competition. John Wick‘s combination of pulpy storytelling and visceral thrills earn it a place in the cult movie pantheon.

Editor’s Note: This article was originally published on February 18, 2017.