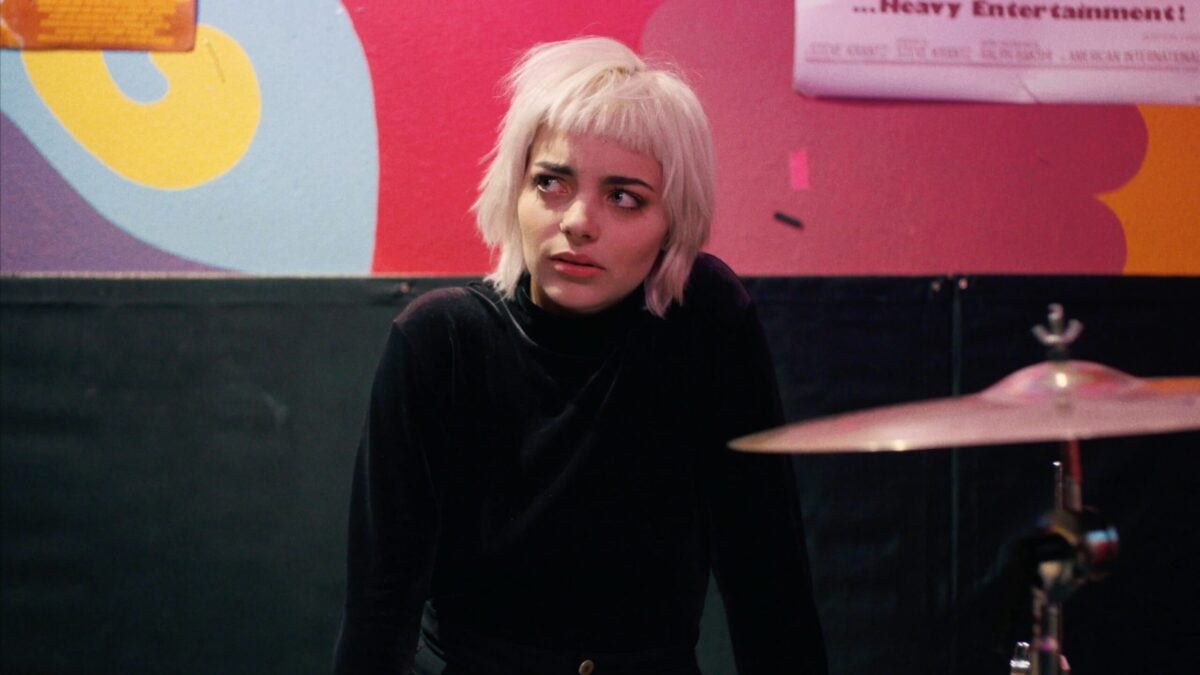 There’s a lot going on in I’ll Be Around, which boasts a cast so huge even Robert Altman would have trouble balancing all their narratives. Overwhelming in themes, content and moods, this Dazed and Confused-inspired indie tale, centred around an alt-rock festival in a fictionalized L.A. known as Petropolis, immerses you into a world of indecisive 30-somethings with shape-shifting glee. With around fifty people involved in this day of the life, shaggy dog tale, this micro-budget epic is the perfect hangout movie for fans of Richard Linklater, Jim Jarmusch and Alex Cox.

An indie movie about indie music, the film’s informality and ease is complemented by its dreamy rock music; which soundtracks every other minute of this sprawling two-hour film. If there is one theme that unites it all, it’s the difficulty of being a musician in your 30s when your band has never really taken off. With far too many characters and bands to even go through by name, this is the kind of movie best enjoyed with some good friends and a few beers, using the various conversations in the film as a springboard to reflect back on your own life.

And there are a lot of things discussed in the movie. They include: wondering what the point of life is; being unable to last in bed for more than a minute; wondering whether a guy who worships Charles Manson is a genuine serial killer; if you’ll ever make enough money to pay your studio recording time; the difference between an asshole and a douchebag; and the eternal question of wondering if somebody you like fancies you back. Even more commendable is Dan Rojay’s writing of women, who are often as strange and individual as the men (one increasingly graphic back-and-forth of men and women alike discussing masturbation techniques stands out) giving the film an inclusivity rarely seen in this kind of genre.

If the plot can get a little hazy — both thematically and literally as several characters act under the influence of drugs — it helps to stress the lackadaisical, unfocused priorities of the film’s protagonists. Even containing a music video intermission that acts as a roll call of the movie’s main players, it acts as a celebration of a scene that’s under existential threat from overproduced pop music, capitalist interest and the inevitability of ageing. Additionally, Cuenca doesn’t try and tie everything together — to attempt to do so would inevitably end in disaster — instead plumping for an ending far more bittersweet than one might expect. Naturally, not everything works, but the cutting is snappy enough that we rarely got bogged down in a bad scene.

With guest appearances from indie icons such as Dinosaur Jr’s J. Mascis and The Adolescents’ Frank Agnew, I’ll Be Around is sure to be catnip for people who love nothing more than going to a concert and checking out the latest band. While that possibility is still a distant dream for most places around the world, I’ll Be Around is basically the next best thing.