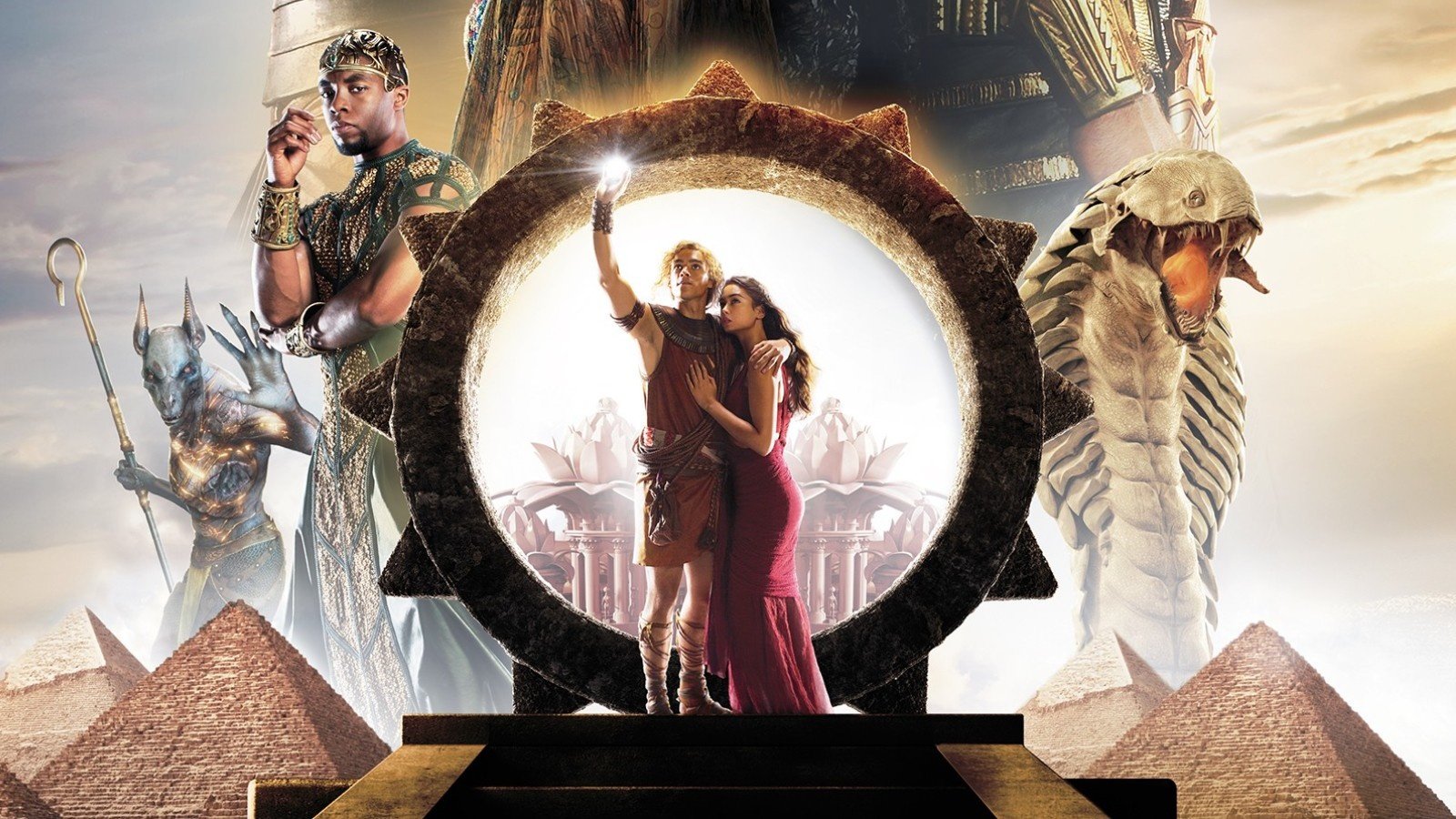 Image via Lionsgate & Entertainment One

Gods of Egypt will not forsake you

I once appeared on the wonderful News Reel podcast here on Pop Optiq. The topic of discussion was an article on film snobbery by noted New York Times film critic, A.O. Scott. In it, Scott makes many salient points about the virtues of being a snob, thoroughly embracing his cinematic snootiness. I consider myself a snob on subjects ranging from cinema to pizza (keep that ‘chain store’ garbage out of my house!), and have no qualms admitting my sometimes peculiar predilections.

However, Gods of Egypt, the sword-and-sandal film from director Alex Proyas, challenges every bone in my nitpicking body. On the one hand, it is an unmitigated disaster. The special effects are almost Sharknado terrible, with physics so baffling that Stephen Hawking would short-circuit his voice synthesizer trying to explain them. The dialogue is so stilted it belongs in a Ringling Brothers tent, and the cast is whiter than a revival of Oklahoma! It’s 20 minutes too long, irretrievably stupid, and makes you personally sad for the man who directed a classic like Dark City.

And yet, there I sat watching the movie—monkey brain fully engaged—with a huge grin on my face for two hours. How could I possibly be entertained by this noxious piece of cinematic bolus? This film triggers so many red flags that the U.S. Men’s National Soccer Team might actually be able to defeat it!

The first thing you need to understand is that Gods of Egypt is not a sword-and-sandal movie at all. It’s not about dour men saying dour things as they survey dour landscapes. This is a swashbuckling film. In fact, this story would play just as comfortably on the ocean as it does in the desert. Rakish heroes and larger-than-life scoundrels try to plunder forbidden treasure as enormous critters hunt them down. It’s this playful matinee spirit that makes Gods of Egypt feel more aligned with Indiana Jones than King Leonidas.

The story is predictably ridiculous. It’s a time when 12-foot tall gods rule Egypt, occasionally mutating into giant golden animals and waging global warfare. The rightful heir to the throne, Horus (Nikolaj Coster-Waldau), is unceremoniously supplanted by his evil uncle Set (Gerard Butler). Set gives new meaning to the term ‘party pooper’ as he crashes Horus’s coronation, murders his father (Bryan Brown), rips out Horus’s crazy diamond eyes, and then banishes him to the desert. An enterprising mortal named Bek (Brenton Thwaites) aims to steal back Horus’s eyes to impress his buxom young lover, Zaya (Courtney Eaton), and ensure them a life of riches and happiness. What follows is a series of bizarre trials and narrow escapes in which Bek and Horus must learn to work together, be courageous, and apply copious amounts of tanning lotion.

In a turkey like this, it’s not the story that matters, it’s all the trimmings. Gods of Egypt boasts the following morsels; Academy Award Winner© Geoffrey Rush (as the Sun god Ra) shooting fireballs at a massive celestial worm, two giant scarabs pulling a golden carriage, a woman hypnotizing a fire-breathing serpent, brain extraction-fu, gods bleeding pure gold from every orifice, and Gerard Butler chewing more scenery than a lawnmower hopped-up on goofballs. It’s the kind of gobbledygook that either appeals to your sense of fun or leaves you flat. Personally, they had me at giant dung beetles.

Helping matters is a cast that aims to keep things lighthearted rather than cartoonish. Rush, for instance, cashes his paycheck with the utmost sincerity (those expecting Jeremy Irons from Dungeons & Dragons will be disappointed). In fact, all of these lunkheads are exceedingly likeable, even as they’re saying and doing the stupidest things. One might argue that such silly material requires maximum camp, but nothing could be further from the truth. Screenwriters Matt Sazama and Burk Sharpless know that only flawed, relatable characters can make their crazy patchwork of borrowed mythologies tolerable.

Proyas goes crazy with imagination, even as his special effects let him down. In this regard, Gods of Egypt bears more than a passing resemblance to the Wachowski’s Jupiter Ascending, only without all the pretentiousness. Proyas does his best to construct a world where heaven, hell, and everything in between can interact. Goofy demons leave the ethereal plane through swirling dust storms, while hulking birdmen have video game-style fights that wreak enough collateral damage to make Superman jealous. Though everything looks undeniably awful, with Proyas wielding gratuitous CGI like a drunken teenager, there’s a sense of roguish fun that tempers every mind-numbing visual.

But what of the claims of racism-by-omission? Even Proyas admits his snow-white casting choices were suspect. “We failed to live up to our own standards of sensitivity and diversity.” Uh… just a bit, yes.

Still, Gods of Egypt seems to mean well. It’s trying its damnedest to entertain you, even if those efforts are howlingly bad. I opened this review with a brief mention of film snobbery for one simple reason; if a movie makes me happy, I have to recommend it… no matter how bad it is. To do anything less would be intellectually dishonest. I may hate myself for it, but there’s no denying how much fun I had at Gods of Egypt. At the very least, keep it on your rental radar. Did I mention there are giant dung beetles pulling a golden carriage?

SXSW 2021: Sound of Violence Is Violent, Inventive, and a Tonal Mess