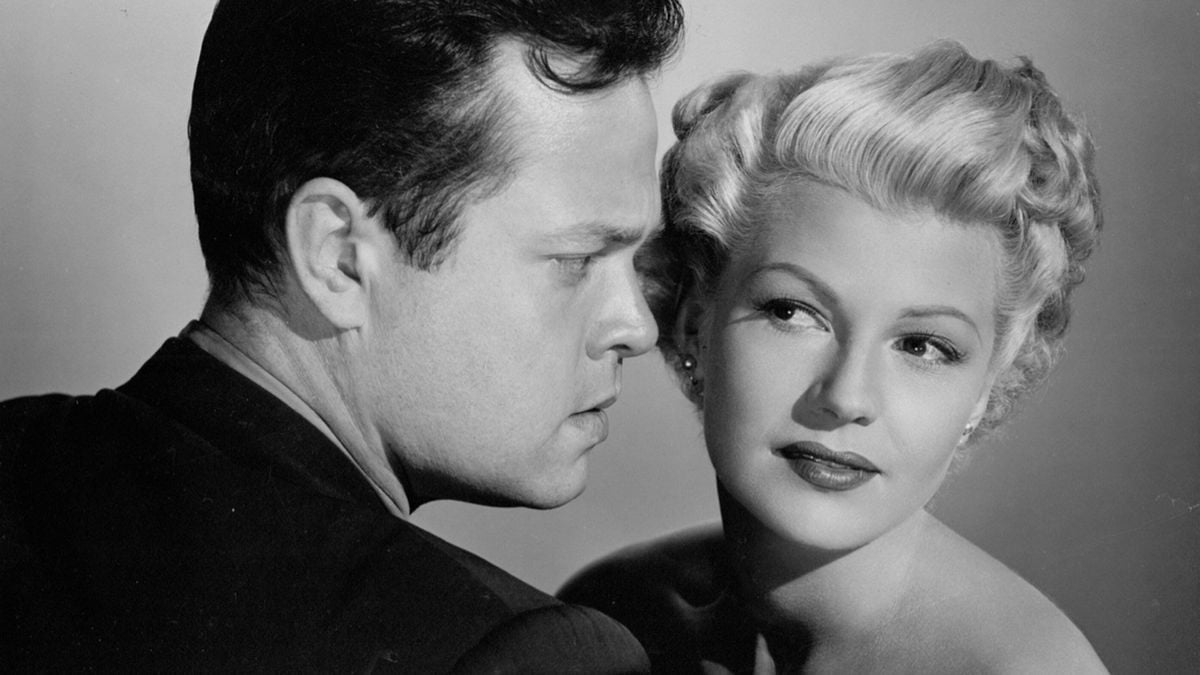 The Lady from Shanghai (1947) didn’t come easily for Orson Welles. No film ever really did after his breakthrough, the great Citizen Kane (1941), the movie that put him on the map and in the crosshairs of the Hollywood establishment. They wanted little to do with this iconoclastic hotshot from New York, and for the rest of his days, Welles struggled to achieve an autonomous artistic vision. That so many astonishing films came out of this struggle, like The Lady from Shanghai, surely says something about his cinematic gift, an inherent talent that could not be restrained or denied.

It took considerable wheeling and dealing for Welles to convince Harry Cohn to back the film. Welles had three features on his directorial résumé, and though Citizen Kane and The Magnificent Ambersons (1942) were not financially successful, his third film, The Stranger (1946), was. “You’re only as good as your last movie,” as the Hollywood adage proclaims, so it was on that basis that Colombia’s notoriously ruthless studio head even entertained the director. Welles needed money to financially stabilize his stage musical of “Around the World in 80 Days,” so Cohn provided the cash, purchased the rights to Sherwood King’s “If I Die Before I Wake,” the source novel, and assigned Welles to write, direct, and star in the film. Part of the picture’s potential commercial viability came from its leading lady (and Welles’ real-life romantic interest), Rita Hayworth, who was fresh off her extraordinary turn in Gilda (1946). Much to Cohn’s chagrin, however, Welles the perpetual rebel had the famous redhead died platinum blonde.

In any event, The Lady from Shanghai was made. And it was a box office disaster. Today though, it’s a classic.

With evocative chiaroscuro photography credited to Charles Lawton Jr. (he was one of three cinematographers who actually worked on the film), The Lady from Shanghai has all the trappings of a quintessential noir. There’s the first person narration told in flashback—”Some people can smell danger. Not me.” There’s the scheming femme fatale. There’s a chance encounter, a chance relationship, and chance murder. There are shadowy figures and shadowy settings (though it’s at times also one of sunniest noirs), and there’s an omnipresent mystery about everyone, their never fully professed intentions and motivations leading to lurking danger at every turn.

It’s clear right away that someone in the film is working an angle … or they all are. “Here’s to crime,” toasts George Grisby (Glenn Anders), a little too merrily. Soon he reveals the reason for his joy: he has an ingenious moneymaking scheme. He wants Michael O’Hara (Welles) to say that he killed him. Grisby will then be able to disappear and leave his supposed stolid life behind, and without there being a body, O’Hara won’t be convicted. The only thing is though, is he telling the truth? Elsa Bannister (Hayworth) and her husband (and Grisby’s law partner), Arthur (Everett Sloane), have their own goals, none of which seem to jibe with one another. Who is really supposed to die, and who stands to benefit the most? Maybe it’s all a little convoluted at times, and it certainly bewilders O’Hara, but it holds up sure enough to make for a fascinating thriller.

For his part, O’Hara says he once killed a man, so we assume he’s been around the block a time or two. He is witty, worldly, and occasionally wiser than he should be. This makes him confrontational and breeds an unintentional animosity. Presumably, then, he would know when he is being had. But that still doesn’t stop him from getting in over his head, and all for a dame.

Welles’ visual inventiveness is one of—if not the primary—hallmarks of his work. The Lady from Shanghai is no exception. Staging a scene in a darkened aquarium, Welles plays beautifully with light bouncing and rippling off glass-enclosed water. And at the end of the film, in its climactic and most famous sequence, Welles dazzles with a montage of camera angles, movement, and other deliriously creative techniques as a final shoot-out is set in an amusement park crazy house, with mirrors upon mirrors reflecting and deceiving the characters. With Welles at his best, even just run-of-the-mill exchanges between two stationary individuals are shown from unusual angles with carefully orchestrated lighting designs.

Welles was a fine actor, too, and though his Irish accent here isn’t entirely convincing, his performance is respectable. More than anything, he simply has a singular presence, in voice and body, one that in many cases compensated for what might have been lacking in any given role. Hayworth, undoubtedly a beauty, is comparably underutilized. She serves her character’s potentially devious purpose well but does little else to stand out in terms of narrative impact. The rest of the primary players—Anders and Sloane in particular—are fiendishly quirky and sleazy. Anders is an unceasingly irritating antagonist, and Sloane, hobbling along as the crippled Bannister, gets his finest moment during a court proceeding full of theatrics, jokes, and shocks, leading to a revelatory conclusion.

Yes, The Lady from Shanghai is now a classic. But like so many Welles films, that current evaluation doesn’t save it from the studio tampering of its time: Columbia executives cut the picture from 155 minutes to its current 87 and ignored nearly all of Welles’ editorial suggestions. Still amazing though, like The Magnificent Ambersons, Othello (1952), or Touch of Evil (1958), is how much brilliance manages to shine through, despite artistic interference, budgetary constraints, or the comparably immaterial box office failure. There is, and was, no question about the genius of Orson Welles.