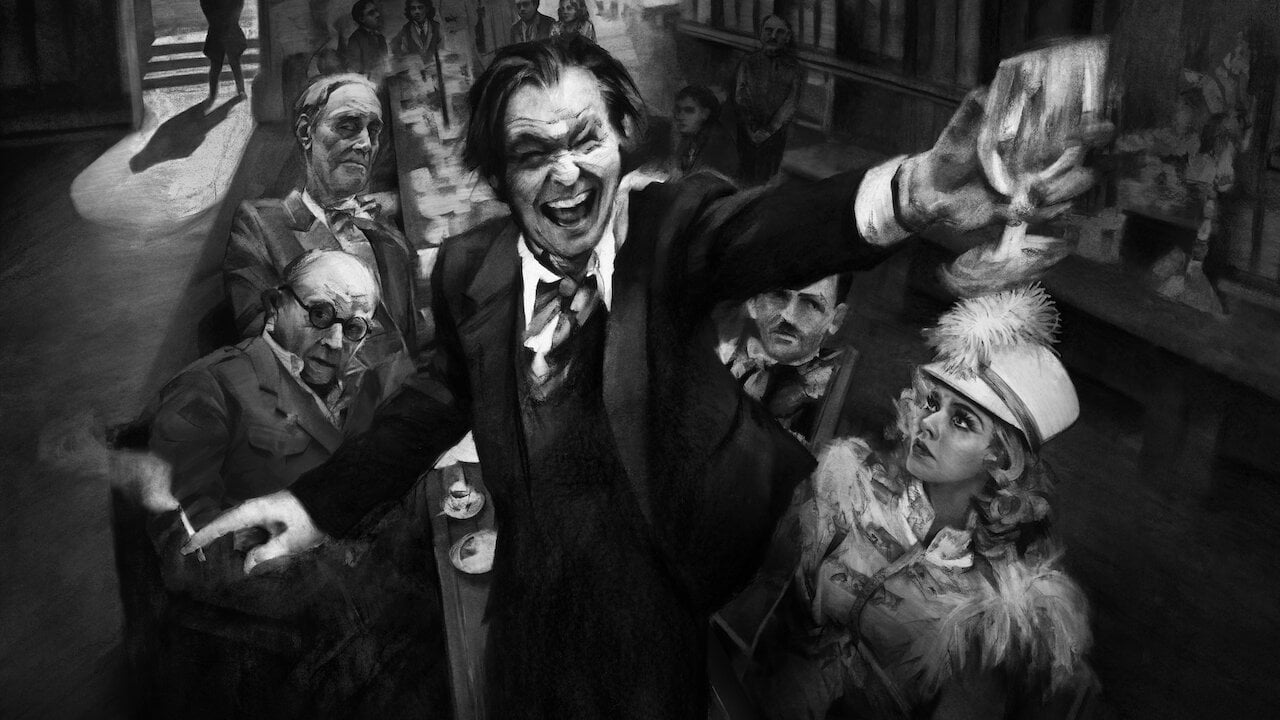 Unfortunately, Mank lands with something of a thud…

It’s a biopic of Herman J. Mankiewicz, the screenwriter of Citizen Kane, and delves deeply into many of the controversies about that film that have festered for nearly eight decades. Plus, the film has been made in sumptuous black and white, meant to evoke the look and feel of Citizen Kane itself. Netflix has even renamed itself “Netflix International Pictures” in the movie’s promotion.

Unfortunately, Mank lands with something of a thud. Yes, it looks absolutely beautiful, features fine turns by some talented actors, and very much captures the spirit of the old Hollywood studio system.

But the film’s storytelling is somewhat thin. The screenplay, polished by Eric Roth from that of the elder Fincher, doesn’t have much of a through-line.  The film just jumps around Mankiewicz’s life without particularly having anything to say about him as a man or as a writer, except that he was an alcoholic, who probably deserved more credit for that famous film than history has granted him.

But even in its dealing with Citizen Kane, it doesn’t add much to the general understanding of one of the more litigated controversies in the history of showbiz.

Mank goes back and forth through the life of Mankiewicz, showing us his early life on the studio lot, with a gang of other famous writers that included Ben Hecht (Jeff Harms) and his brother Joe (Tom Pelphrey) who would go on to direct All About Eve. We also see Mank’s involvement with Upton Sinclair’s socialist campaign for governor of California in 1934, and eventually his writing of Kane, and his bitter battles with Orson Welles (Tom Burke) over credit.

Oldman is fine, clearly knowing that he won an Oscar by scenery-chewing and psychical transformation in Darkest Hour, tries again here, playing Mankiewicz at several different ages, although half-drunk most of the time regardless. A few actors, like Dance as Hearst, Arliss Howard as Louis B. Mayer, Ferdinand Kingsley as Irving Thalberg and Toby Leonard Moore as David O. Selznick, get to have some fun playing legendary moguls.

Even the Citizen Kane stuff has been hashed out many times before, although typically with Welles as the protagonist and/or hero. That was the case with RKO 281, the HBO movie from 1999 in which Liev Schreiber played Welles, John Malkovich was Mankiewicz, Melanie Griffith played Davies and James Cromwell was Hearst. That film, which was one of the most touted unproduced scripts in Hollywood for many years, but ended up being made for television by little-known director Benjamin Ross, provided a more compelling look at the subject matter than Mank, a passion project by one of the best working filmmakers.

Fincher spent his six years between films producing TV shows, some of which came to fruition (like Mindhunter) and others that didn’t, while also pursuing some nonstarter movies, like a sequel to World War Z. Despite the misfire- and his announcement that he’s making a not-so-promising miniseries about cancel culture- he remains a superlative filmmaker who is capable of greatness. Mank, however, was a big swing, one that has unfortunately missed.

Alien 3: The Assembly Cut is its Own Beast and That’s a Good Thing

Trick ‘r Treat Reminds Us How Much Fun it is To Be Scared.