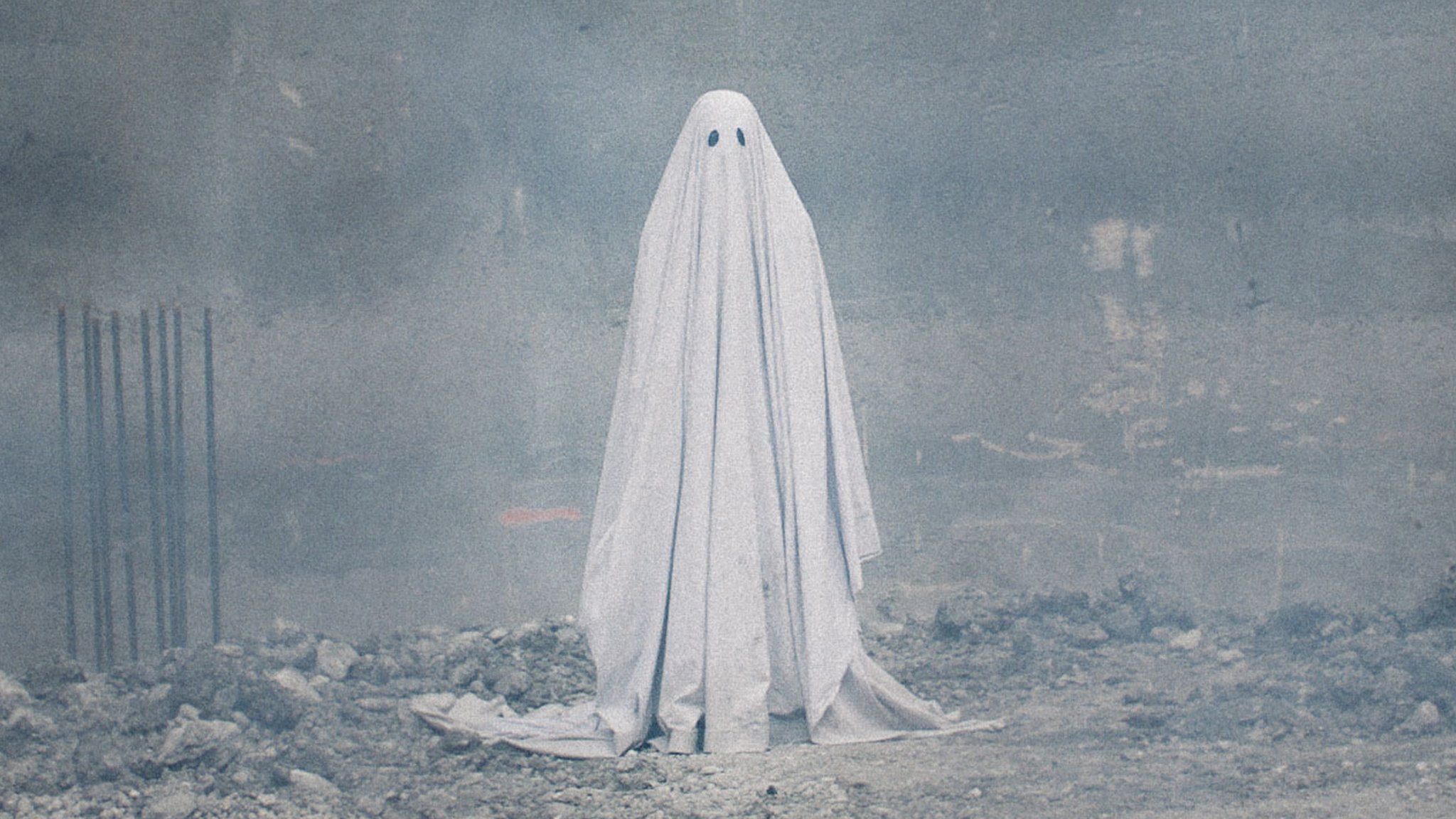 Whether or not David Lowery’s A Ghost Story is your cup of tea should become readily apparent during the unbroken five-minute sequence of Rooney Mara grief-eating an entire pie. The sequence, shot in two long takes, depicts Mara while her deceased lover watches on from underneath his spectral bedsheet. It takes place in complete silence, the only soundtrack Mara’s tearful chewing sounds. It’s a sequence that already has critics divided, and quite understandably. Either you’ll spend the time enraptured at the audacity, the rawness, the verite of Lowery’s vision, or you’ll spend it bored and frustrated at its indulgence and tedium. That’s A Ghost Story in a nutshell: a film as likely to bore as enrapture. It’s clever and full of potential, but also drawn out, overstated and perhaps a bit too convinced of its own profundity.

Casey Affleck stars as C, a normal middle-low class dude living with his girlfriend, Rooney Mara’s M. When C is killed in a random accident, he returns as a ghost, but rather than terrorize a New York hotel or make pottery like any self-respecting spectre, C’s bedsheet-clad spirit lingers at his former home, watching silently as M eventually leaves and the house is later torn down and replaced with a high-rise.

It’s a clever idea at its core: take the concept of a lingering spirit and use it to explore ideas of time, grieving, and progression. The restless spirit can only watch as not only his loved ones move on, but the whole world around him changes in immense ways over the years and decades.

But where A Ghost Story fumbles is in taking this simple premise and trying to stretch it over the length of a feature film. There’s no point that the film won’t belabor, no sequence it won’t stretch out well past its welcome. The profundity of the idea falls into tedium as what could and should have been a fantastic 30-40 minute short is drawn out until it’s as thin as….well, you know what.

Which brings us back to that pie scene, just one of the interminable sequences in A Ghost Story that sticks around half as long as it should (before that there’s Affleck and Mara smooching in bed for what feels like an eternity but it’s far from the only example). Like C himself, the film outstays its welcome, lingering uncomfortably, unable to move on. It floats from idea to idea, a haunting here, a friendly female ghost there (we know she’s female because her sheet has a floral print on it. Thinkpiece engines to power!). There are flashbacks to C’s life with M, and even some time-travel (for lack of a better term) for good measure. Is it interesting? Well-shot? Of course. Would have been even more interesting if pared down significantly, presented as a short instead of a feature? Sequences like the pie scene or any of the other extended sequences feel less like an artistic expression and more like indulgences.

There’s a point around the middle point of A Ghost Story when some time after his death, C silently floats around during a party in what was once his home. One of the partygoers, with a group of onlookers, gathered around, is loudly intoning his personal philosophy. It’s the kind of thing you see in these situations a lot: someone verbosely making what amounts to a very simple point in what must be a well-rehearsed and re-told speech. He drones on and on, stacking word upon word when only one sentence will do, something along the lines of “I’m a fatalist.” In another movie, this scene might be self-parody, but here it instead feels like a microcosm of the film as a whole: a simple and maybe even interesting point drawn out to the breaking point and dusted with self-importance. Either you’ll be one of the acolytes (and if you are more power to you) or you’ll be on the sidelines furiously rolling your eyes. If you’re in that second camp, dear reader, know that you’re not alone. Don’t let anyone tell you that you don’t get it, that you’re too jaded, that you have no sense of artistry. And if you feel up to it, voice your opinion in the face of the growing chorus of support that A Ghost Story is quickly building. When you make your counterpoints, however, remember the crucial lesson that the film failed to heed: be succinct, and don’t ramble on.

Fantasia 2017: With ‘The Final Master,’ Xu Haofeng Continues to Dazzle

Facing the Music in ‘Baby Driver’