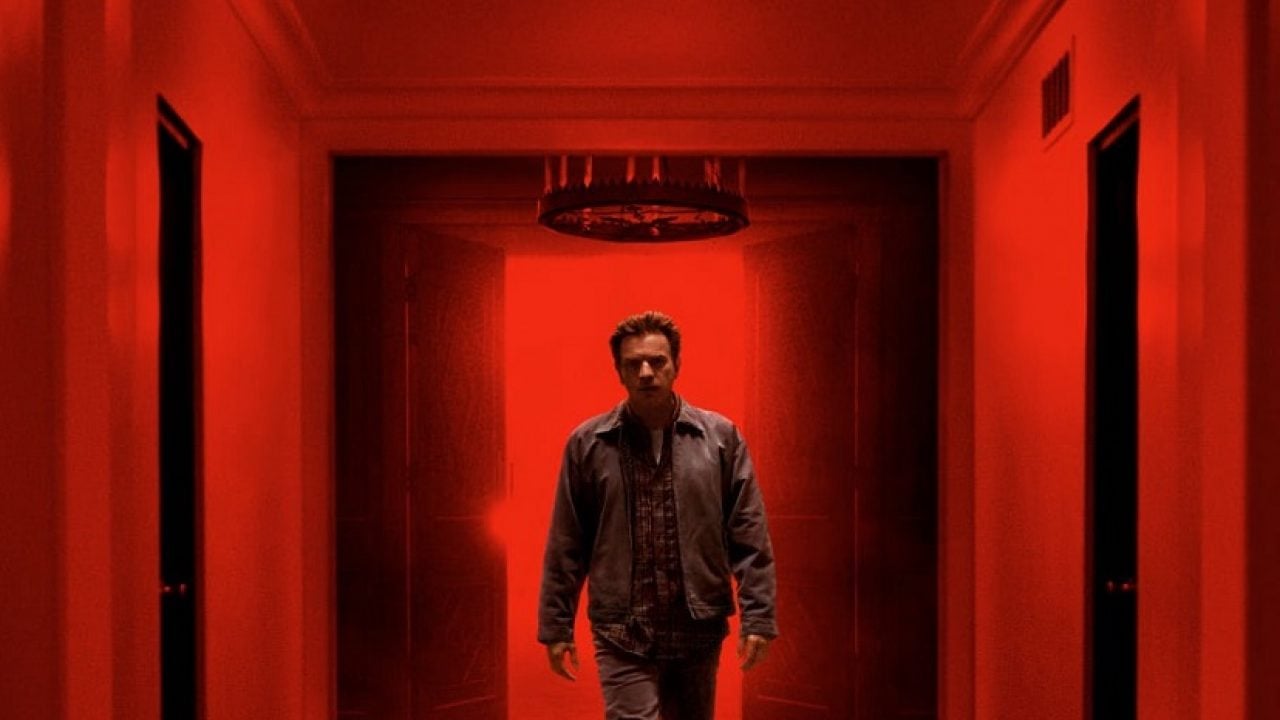 It takes a brave person to not only attempt to make a feature based on a Stephen King novel, but a sequel to one of the most celebrated films of the past forty years. Writer/director Mike Flanagan’s task is admirable if unenviable, but whilst Doctor Sleep mostly works, his adoration for the original The Shining movie and book sometimes eclipse the story itself.

The apple doesn’t fall far from the tree for Danny Torrance (Ewan McGregor); like his father before him, Danny (following the horrific events he faced as a child at The Overlook Hotel) has become an alcoholic, using drink as a way to suppress his psychic abilities and just get through the day. Meanwhile, Abra Stone (Kyliegh Curran), dealing with her own “shining,” has discovered a threat in the form of Rose the Hat (Rebecca Ferguson), and contacts Danny for help.

It’s no secret that Stephen King didn’t like Kubrick’s take on The Shining, so Flanagan smartly makes Doctor Sleep a sequel to not only the 1980 film, but also the book upon which it’s adapted. It’s a fine line to tread between the two, but it (mostly) works; Flanagan clearly derives much love from both, and it shows.

Occasionally, however, the source material might be revered a little too much. Doctor Sleep is filled with fan service and Easter eggs — some subtle, others egregious — and on one or two occasions it becomes self-indulgent, briefly grinding to a halt in order for characters to observe moments and scenery from the first feature in moments that do little to inform the plot. The slightly overdone 151-minute runtime is sometimes needed for dense Stephen King novels, but here there are occasions during the deliberate pacing in which fat needs to be trimmed; the film’s initial set-up is incremental, and one wishes to fast-forward to get to the meat of the story.

In addition, Doctor Sleep also mimics The Shining almost directly. Sets, dialogue, and characters are lifted from the original for brief moments — sometimes intended deliberately, sometimes subconsciously. For example, the office of Dr. John Dalton (Bruce Greenwood) is almost identical to Ullman’s managerial office. Doctor Sleep wishes to mirror what came before — you couldn’t miss these moments if you tried — making it oddly satisfying emotionally, especially as Danny comes to terms with what came before.

When it finds its feet, the film does begin to capture attention, particularly in the form of Ferguson’s Rose the Hat. Seductive, smart, and with a slight Irish lilt in her accent, Ferguson works wonders with a villainous role, drawling out a catchphrase (“Well, hi there!”) with an incredibly inviting tone. What she does to the children who shine is horrifying — and at one point precariously gratuitous. The character makes for a great antagonist, particularly as she is by far the least powerful being in the story, and the film takes moments to display both her pain and her fear.

Doctor Sleep is, perhaps, not a traditionally scary film, potentially putting off gorehounds and jump-scare fanatics, but it’s more akin to its predecessor — a complex psychological thriller. With a few moments of gore and one genuinely upsetting scene around the hour mark, it takes more time to flesh out the world in which the characters live — as well as the rules of their powers — without colouring outside the lines. More time could have been taken with the characters themselves, as aside from Rose, members of the “good side” are fairly standard, with minimal backstory. McGregor and Curran and good as Danny and Abra, respectively, but aren’t given much substance.

Not a masterpiece, but a decent sequel to Kubrick’s work, Doctor Sleep is a fairly satisfying, albeit overly long Stephen King adaptation. When it gets into gear, it’s worth the watch, but it’s far too reverential for its glacial pacing.

All Hail ‘The King’: David Michôd’s Latest is a Rewarding Slow-Burn

The Terminator is Still the Best Film James Cameron has Directed