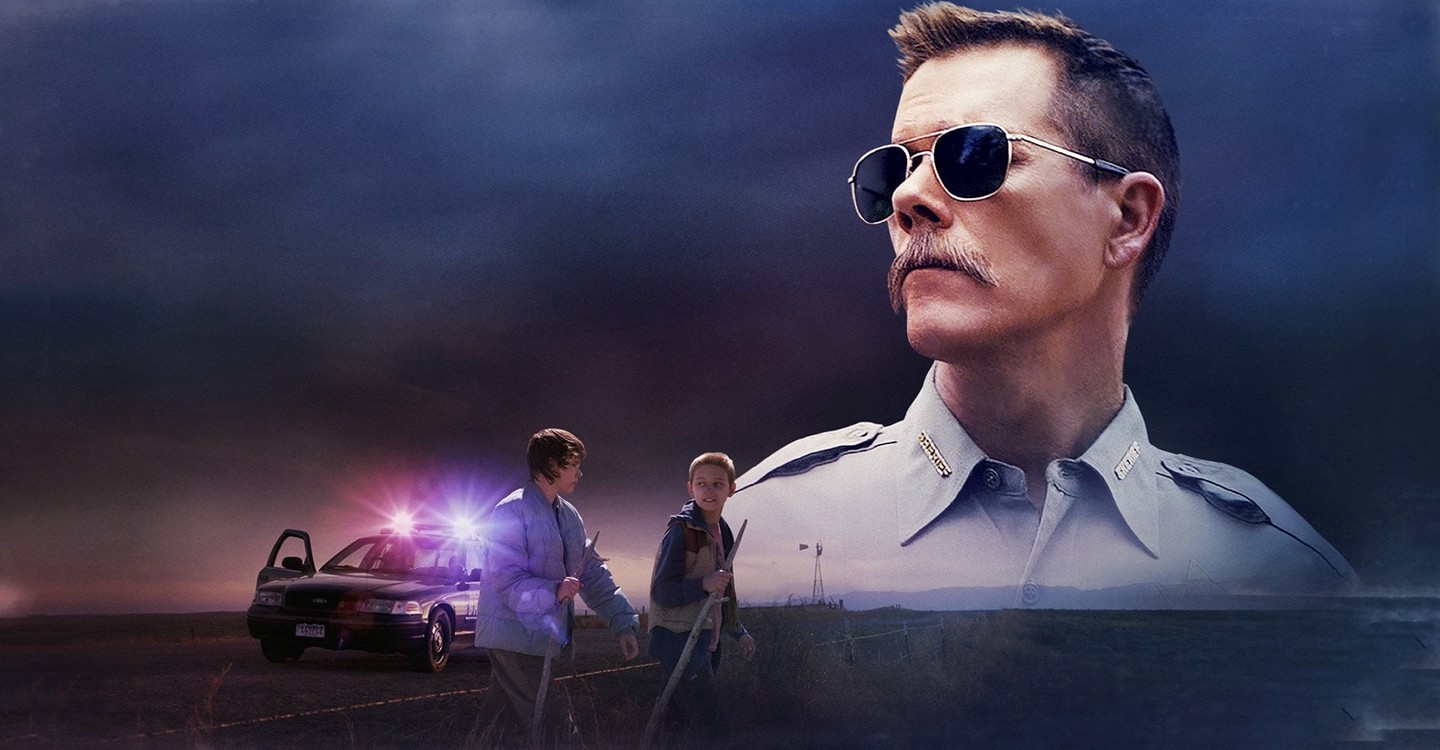 Their first drive could be their last.

For children, the world is their oyster. The sense of discovery and the thrill of adventure is found around every corner. Their imaginations run wild, making the experience of growing up exciting in a way that is long lost on jaded, cynical grownups. It goes without saying that the thrill ride that is human life from infancy to about 12 years old is also paved with risk. For every sense of wonderment that comes with the recklessness of youth, there is the potential of pain suffered by making mistakes. That is, after all, what the process of growing up is all about, learning through doing the right and wrong things. In Jon Watts’ Cop Car, both protagonists are incredibly young boys that let their excitement get the better of them and learn all too quickly about the price to pay for one’s mistakes.

The kids in question are Harrison (Hays Wellford) and Travis (James Freedson-Jackson), revealed in the opening scene of the film as they walk slowly in a tall grass field. Travis, evidently the more rambunctious and rebellious of the two, boldly utters a series of cuss words that Harrison, a bit embarrassed, cautiously repeats. Little information is provided as to what their plan is although it is suggested that they are perhaps fleeing from their homes or skipping school. Regardless, fate has it that they stumble on a lone police car, much to their surprise and amusement. After some initial trepidation, curiosity, and desire for adventure get the better of them as they enter the vehicle, turn on the motor, and actually drive off! Little do they realize that they have not stolen just any cop car, but that belonging to Sheriff Kretzer (Kevin Bacon), a corrupt man that will do just about anything to retrieve what’s his.

Cop Car is the type of movie that knows exactly what it is as well as how to press the right buttons to excite the audience. At first glance, the concept sounds rather far-fetched. Then again, kids, because of their nature, do incredibly stupid things. If some chap is foolish enough to leave his or her car unattended and a couple of bored 10 or 11-year olds creep up, who knows what preposterous ideas their imaginations will conjure up. The magic that director Jon Watts and fellow screenwriter Christopher D. Ford whip up in Cop Car is in keeping the silliness grounded in a sense of reality, which in turn makes the film all the funnier and more exciting. The adventure is simultaneously wild and believable enough to retain the viewer’s attention. ‘Compromise’ is often viewed as a negative thing in filmmaking (a writer or director’s vision being compromised by forces beyond his or her control and wishes), yet with Cop Car it makes the film all the more engaging than it might otherwise have been.

The sense of reality begins and ends with the terrific writing that goes into creating the characters of Harrison and Travis. Both are fine representations of regular kids engaging in activities any adult would fret about. That said, they never come across as know-it-all characters, as being smarter and more experienced than people their age have any right to be. Instead, Harrison and Travis are clearly embarking on an adventure that both thrills them and lands them in over their heads. They do not know how to drive, nor do they know how to operate firearms, but through trial and error, they begin to get the hang of things. Happenstance sees that the dangers implicated in their misadventure become reality, to say nothing of the fact that said dangers grow exponentially with every new reveal. Jon Watts and his team have thus created a delightfully entertaining film about growing up way too fast. Adults often wish they could stay young whilst children often relish the lives of adults. Harrison and Travis, by completely giving in to the inhibitions that so often dictate young boys and girls, learn about real-life dangers in a frighteningly short period of time.

The intelligent writing would amount to nothing without the casting of two fine young actors in Hays Wellford and James Freedson-Jackson. Together they inhabit two sides of the same coin: the gun-ho, ready for action child (Travis) and the more shy, careful but no less curious child (Harrison). The performances feel so authentic arguably because the actors are actually playing their age rather than being given roles that require them to play the parts with unrealistic maturity. Kevin Bacon visibly enjoys the role of Sheriff Kretzer in every scene, dialing the performance with a delicious amount of charm and villainy. The man is passably witty, capable of suggesting a recognizable southern charisma, yet behind those eyes plans are percolating to find the children and the contents of the vehicle at any cost.

Special mention should go to the work of cinematographers Matthew J. Lloyd and Larkin Seiple. Cop Car brilliantly captures the rustic beauty of autumnal rural United States, regardless of whether the scene is happening out in the fields or within the confines of the decrepit town. The film’s general colour palette, while not terribly varied throughout the majority of the running length, excellently conveys a strange, attractive aura of reverie. The eventual climax, occurring at night with nothing else but the headlights of the police car to illuminate the action, is probably one of the most beautifully shot scenes of that year.

At the time that the film played at the Fantasia Film Festival, it is widely known that Jon Watts’ next project will be the new Marvel Cinematic Universe Spider-Man film. Good for him. It is an opportunity for a young talent to tackle a behemoth of a project and showcase what he can do within the studio system. Maybe in the years to come the name Jon Watts will be synonymous with blockbuster filmmaking. Only time will tell. For those curious enough to see a more idiosyncratic project of his, Cop Car is a stellar example.