‘If it’s in a word, or in a look, you can’t get rid of the Babadook.’ This is the deadly rhyme of the eponymous phantom in director Jennifer Kent’s critically lauded 2014 debut The Babadook. Modern horror finds itself in a difficult rut, rather than serving up a customary dish of slow-cooked suspense and fear-drenched atmosphere, horror currently provides the fast food equivalent: jump-scares, intense gore, and violence. Originality and imagination are left hanging whilst pastiche and re-treading old ground take precedence. Fans of the horror genre are some of the most passionate followers you’ll ever meet, but by retracing their iconic auteurs’ steps, they remain stuck in a past which they never experienced.

Franchises also add to the overwhelming issue of style over substance in the horror genre. There are those annoyed with the corporate “milking” of the Saw property; an original tale of jealous tragedy and insidious transparency soon turned into a mishmash of confusing intentions and mind-boggling death scenarios: artistic death by franchise. The original film’s legacy dampened by the demand of a bloodthirsty audience.

The Saw series wasn’t the first to sell-out and it won’t be the last. Freddy Krueger – of Nightmare on Elm Street fame – morphed from the frightening boogeyman of children’s nightmares to the wise-cracking, self-aware comedy character he eventually became. It’s a dilemma every director faces when presenting a horror sequel: the audience wants more, but why would they want more? Didn’t they enjoy the mystery and the implicit undertones of the original feature? How can the monster evolve? Surely it’s in its nature to remain a monster, that in itself, can be seen as the real tragedy? These are all issues that, hopefully, The Babadook should never have to face. 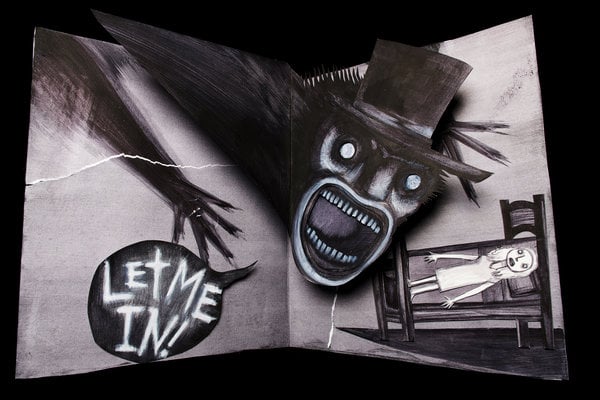 The Babadook strength lies in the way it delivers a compelling character study through an alarmingly simple premise. After the death of her lover, Oscar, in a car accident 7-years ago, widowed mother, Amelia, has to look after their misbehaved young son, Samuel, despite still not coming to terms with the aforementioned tragedy. Even if it weren’t for the inclusion of the eponymous monster, The Babadook would still succeed as a drama that depicts the ever-growing rift between mother and son and their inability to continue with their lives.

One day Samuel picks out a book for his exhausted mother to read him before night, The Babadook: a morbid bastardization of a traditional children’s book. From there the film tortures its two leads as the Babadook effectively becomes a manifestation of the mother and son’s growing animosity towards each other. Amelia and Sam aren’t just there as stock characters with the sole intention of adding to the body count, instead they’re two highly motivated and tortured characters who love each other unconditionally regardless of the nightmare they’re facing internally and externally.

Essie Davis’ portrayal of an at-her-wits-end single mother provides the film with its emotional crutch. She exhibits a multitude of deep emotional states like rage, sadness, exhaustion, embarrassment with natural aplomb and without ever resorting to melodrama. Amelia makes questionable decisions such as never giving Samuel a proper birthday party (it also happens to be the day Oscar died) and snapping at him, so by the time the Babadook actually makes an appearance most of the groundwork has already been laid. It would’ve been folly to have given the Babadook a personality like so many filmmaker’s theory books would’ve insisted on. This inspired directorial decision lets the living characters breathe and suffer under the weight of their own demise without the need of an extraneous personality providing unwanted distraction. Ironically this makes the Babadook the perfect antagonist: fear and self-loathing incarnate, a force of nature that feeds on the negativity of Amelia’s refusal to accept Oscar’s death. With Amelia and Samuel’s relationship hanging on by a thread, the Babadook needs merely to snip at the sutures binding them together, and his work is done.

Despite the title, this is not the monster’s story, nor is it a tale of gruesome and creative murders. It’s a tale of loss, grief and the relentless pain we feel as the effect of the dead impacts our connections with the living. Maybe there can be a sequel? Possibly a family with more unrealized feelings and mixed emotions? But once the Babadook starts becoming a parody of himself, that’s when we should all stop watching, that’s when we need to get rid of the Babadook.

Ravenous and the Beast Inside 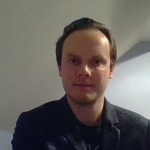