The internet is a scary place. But it’s just the internet, right? At least, that’s what you tend to hear whenever someone falls victim to online violence like harassment, hate speech or even identity theft. Because it often (though not exclusively) comes without the threat of physical violence, there’s a worrisome tendency to downplay the severity of the horrible experiences that can happen online. The same is often true of horror movies. If the protagonist isn’t being physically menaced by a monster, ghoul or knife-wielding chainsaw, some people will deny that it even qualifies as horror. But horror, and horrifying experiences, can come without the threat of physical violence, being wholly existential in nature. Cam proves that, using the internet to weave a masterclass in existential horror, updating the concept of the doppelganger or evil twin for the digital age.

Alice, better known by her online handle Lola, is a camgirl, an adult webcam performer. She does regular broadcasts, performing for tips and donations from her online fanbase and pushing to become one of the most-viewed performers on her website. But one day, Alice finds herself locked out of her account while a mysterious broadcast plays on her channel. It looks like one of her normal shows, with a girl who looks, sounds and acts exactly like her performing for her audience. But Lola knows that isn’t her, and her double soon begins not only rising in popularity, but breaking her personal boundaries about what she will (and won’t) do on camera. As her online identity is hijacked, Lola’s life outside of her broadcasting room begins to crumble as her friends and family learn of her profession and the mechanisms meant to protect her begin spectacularly failing. 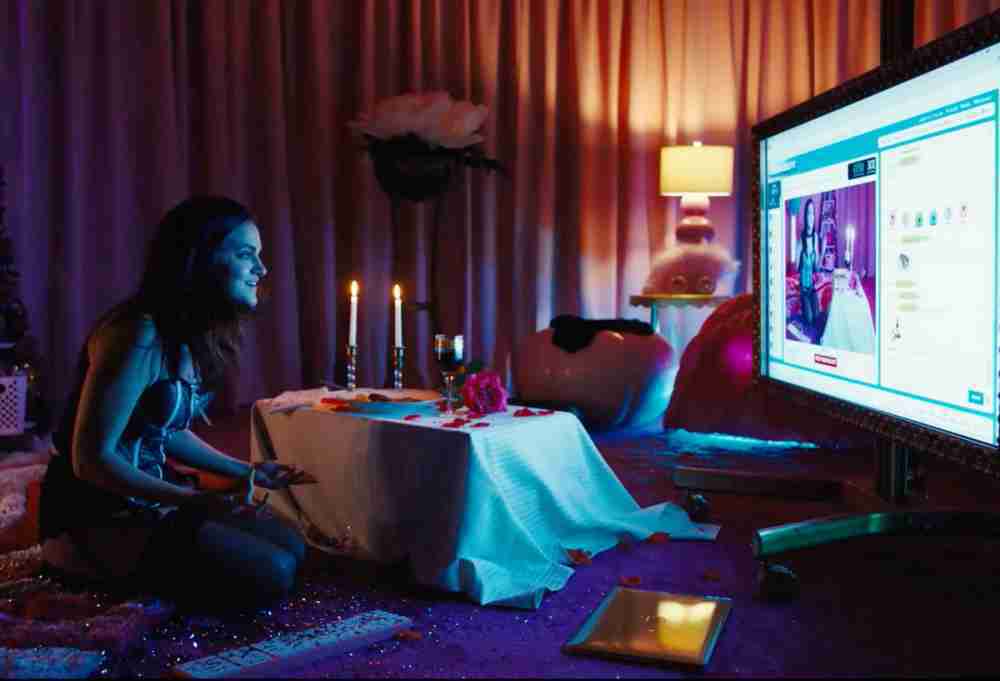 One of the core ideas of horror is a loss of control or safety, a sudden plunge into helplessness as one’s agency is ripped away. In the majority of cases, especially where horror cinema is concerned, this takes for the form of a threat of physical violence. There’s some monster or maniac, one with physical or mystical power over our helpless protagonist. True psychological or existential horror takes a completely different route, threatening the protagonist’s sense of self and identity. Rather than the body coming under attack or threat of violation, good psychological horror presents a threat to the protagonist’s sense of self and identity. The concept of the doppelganger or evil twin is a great vehicle for this. Supplanted by a perfect duplicate, the protagonist is helpless to watch as the mysterious entity seems to do a better job of living their own life and/or tears their life down entirely. The internet is a terrific place to employ this idea, especially in the case of an online performer. Rather than a physical doppelganger, the idea that Lola is plagued by a digital one is rather ingenious.

Cam also uses its premise to, a bit briefly, address the topic of online violence and the all-too-common reaction to downplay it. There’s a horrifying scene when Lola calls the police, and demonstrates her predicament by showing them a supposedly live broadcast while she’s in the room with them. Rather than try and help her, one officer reacts by hitting hitting on her before suggesting it’s her own fault for engaging in such. Yet others downplay the severity of Lola’s situation, suggesting that because this is happening online it isn’t as severe as she’s making it out to be. For anyone who’s experience online harassment or similar incidents, this reaction should be unsettlingly familiar. Victims of online abuse often find their claims dismissed or downplayed. Doubly so if you’re a woman, triply so if you’re a performer and quadrupally so if you’re an adult performer. Lola’s situation, while rooted in the paranormal rather than the real-world horror of online harassment, uses the classic doppelganger scenario for a powerful commentary on a very real and terrifying issue. 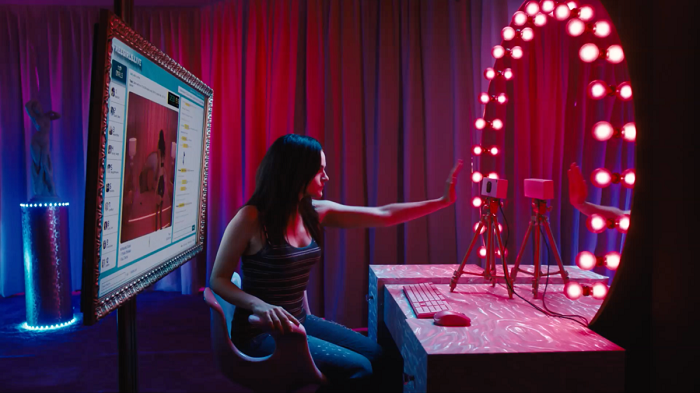 The power of horror, or one of them, is to confront us with the unpleasant realities we’ve worked to overlook. Cam does just that, weaving a hugely unsettling story that feels especially timely given the recent surge in attention around online harassment. It’s also incredibly refreshing to see a film that sets out to tell a largely bloodless horror story, only using the threat of physical violence or death sparingly. The scariest, most upsetting moments in Cam don’t come courtesy of the edge of a knife or the point of a claw. There is no jump scares, and really only a tiny handful of pronounced moments of fear, just an ever-deepening atmosphere of dread and hopelessness. Make no mistake, Cam is excellent horror, and not something to miss.

Fantasia 2018: ‘Destiny: The Tale of Kamakura’ Is Saved by Its Strong Cast