Writer/director Michaël Roskam delivers an assured directorial debut in Bullhead, a disturbingly visceral art-house drama that ably blends elements from other genres. While punctuated with moments of austere dark humour, Bullhead ranks as one of the most original crime pics of the decade – one which is light on crime but heavy on drama, blending thriller elements into what amounts to a character study. This emotionally driven tale of revenge, redemption, and fate is morally complex and constantly surprising, shattering the myths of brute machismo by way of its central standout performance in actor Matthias Schoenaerts.

In this hyper-masculine world of backwoods crime culture, Bullhead tells the story of the young Limburg cattle farmer Jacky Vanmarsenille, whose family breeds cattle and tinkers in illegal hormones to enhance their meat. Jacky’s family is approached by a shady veterinarian to make a deal with a notorious West-Flemish beef trader. But the murder of a federal police officer and an unexpected confrontation with a secret from Jacky’s past dredges up painful memories which set in motion a chain of events which affect the lives of everyone involved.

“Rising European star Matthias Schoenaerts delivers a mesmerizing, first-rate performance as a monster of a man… 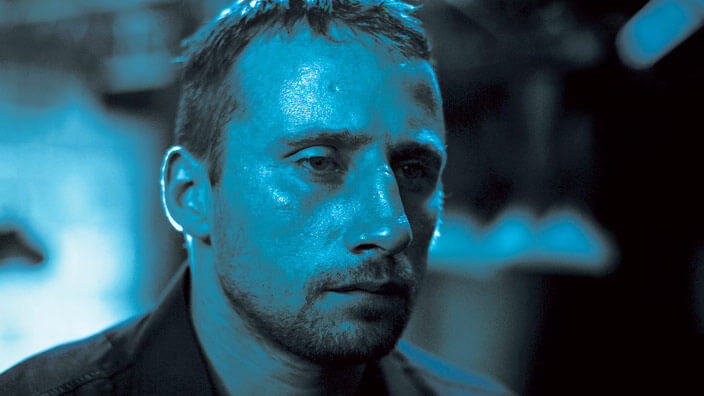 Inspired by the famous mid-1990s murder of a Belgian veterinarian who investigated farmers regarding the suspected use of illegal growth hormones on cattle, Bullhead’s plot is mirrored in Jacky’s life, as he gets in the habit of pumping himself full of testosterone and other drugs for reasons which eventually become clear to the viewer (no spoilers here). As the intricacies of the plot unfold, the film hones its focus on Jacky’s very personal tragedy. Much like the cattle, he obsesses in poisoning his body by injecting increasingly large and unhealthy doses of the hormone while struggling to exhibit the macho persona he so desperately feels the need to project.

Rising European star Matthias Schoenaerts delivers a mesmerizing, first-rate performance as a monster of a man, profoundly troubled, paranoid and deeply seated in personal insecurities. Most reminiscent, perhaps, of Tom Hardy’s transformation in Bronson, Schoenaerts underwent a radical physical transformation for this film, reportedly packing on sixty pounds for the role. His work here punctuates the complexity of his character, equally aggressive and vulnerable, Jacky explodes of violent rage and animalistic behavior to cover up the deep physical and emotional scars of his past. Schoenaerts delivers an assured portrait of a man who is missing something crucial, both physically and emotionally. The actor literally takes the metaphors of his character most seriously both externally and internally. The crucial flashbacks explain Jacky’s raging bull persona; with head hanging low, protective ridges over his eyes, he observes the world under his brow while always on guard. The entire film rests on the actor’s broad shoulders. Schoenaert, despite having few lines of dialogue, creates a captivating and emotionally charged performance. 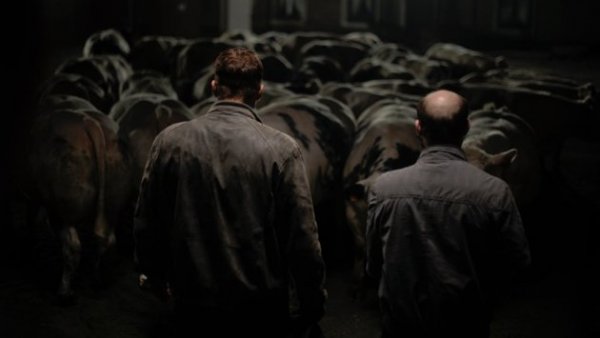 Also worth a mention is the excellent cinematography courtesy of DP Nicolas Karakatsanis, making the most of the film’s characters and Belgian countryside. The sound design by Benoît De Clerc, with its frequent dynamic shifts, and Raf Keunen’s score highlighting the film’s key dramatic moments, are also top-notch, elevating the film’s dark tone.

Bullhead has its faults. The film as a whole is somewhat over-plotted, and thus not capable to fully integrate every character into the narrative. Apart from Jacky, others are reduced to stereotypes, and some of the comic relief feels slightly out of place with the overall tone of the film. But both the central metaphor and Schoenaerts’ sensitive performance make Bullhead one of the best foreign offerings this decade. Schoenaerts’s performance is a fascinating exploration of the mind of an emotionally disconnected man, and director Roskam has a knack for tackling fascinating characters that aren’t altogether sympathetic, specifically in our deeply flawed anti-hero.

A Lonely Place To Die is a Relentless, Action-Packed, Gripping Crime Thriller