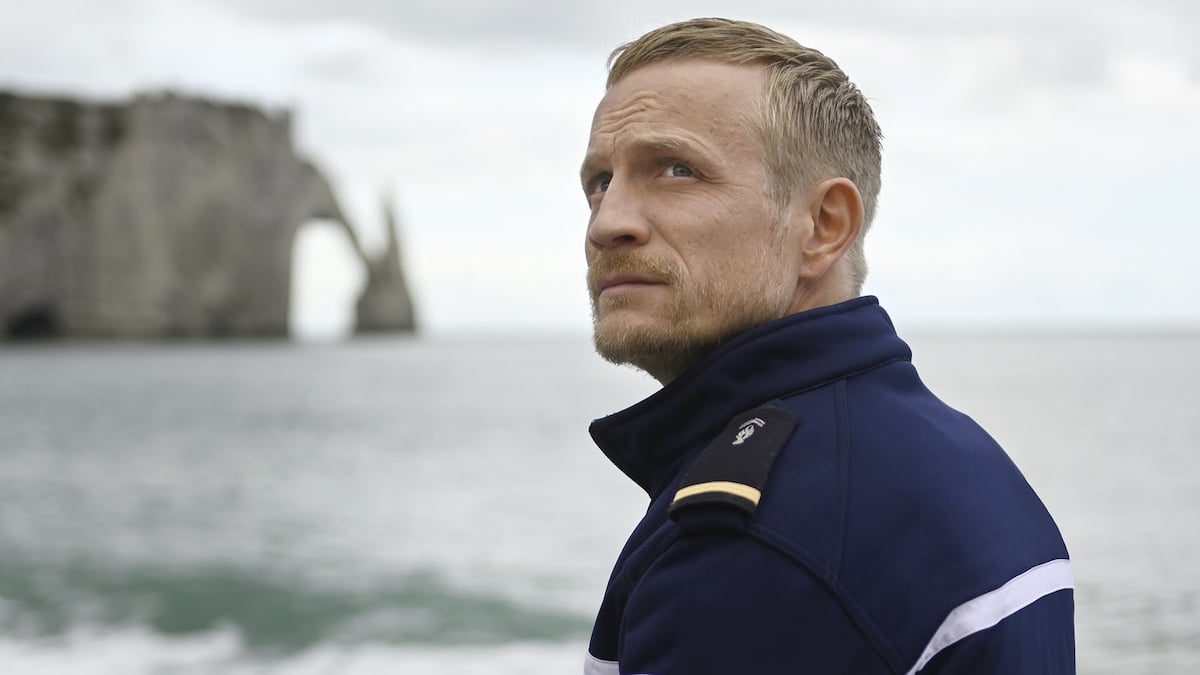 Times are tough in Normandy, the north-western, windswept, semi-Celtic-part of France often forgotten about by Parisian elites. Farmers are committing suicide. People hurl themselves off cliffs. Drunks refuse to leave bars. Pedophiles are on the loose. It’s definitely not a fun place to be a cop. For Laurent (Jérémie Renier), he has to balance the stress of the beat with family life in the assured Drift Away (Albatros in French), the latest slice of poetic realism from acclaimed French actor-director Xavier Beauvois.

He has been in a relationship with Marie (Marie-Julie Maille) for ten years. They have a cute child together, Poulette (Madeleine Beauvois), but they are yet to tie the knot. He proposes, she says yes, then he goes back out to work. Conversations with fellow police officers take on a nihilistic, True Detective-hue: with stories of child abuse and suicide lingering around every corner, one officer says she never wants to have children, arguing that there won’t be much left for mankind to enjoy in 2030. This emotional strain takes its toll on Laurent, who works diligently but feels much more comfortable behind the wheel of a ship.

It’s especially difficult when he basically knows everyone in this sleepy town, where people deeply resent the lack of governmental and European Union-help in developing the rural heart of France. Julien (Geoffrey Sery) is a close friend of Laurent, who balks at the idea of health inspectors checking his cows for passports. Laurent is eventually forced to step in, leading to a devastating rupture that threatens to turn his familial life upside down.

With so much great detail rushing around the margins, one wishes Drift Away allowed the disparate plots to dovetail a little more, which opts for a third-act that literally runs away from the rest of the film. With the exception of one argument where the cops discuss the ethics of beating up protestors — with the one cop of color disagreeing with heavy-handed tactics — recent arguments regarding police reform, or a deeper inquiry into the ethics of policing, are mostly elided, looking at Laurent as an individual rather than emblematic of a deeper culture. Drift Away acts general lament for a forgotten region; a far cry from the sunny climes of the South, shot here with a sense of overcast resignation.

It’s all very heartfelt and handsomely mounted, with Renier able to convey deep wellsprings of grief, shock, frustration and more, making him the archetypal-conflicted policeman.  The awkward situation of the movie lies in established quite the kitchen-sink milieu before moving into another more poetic mode entirely. One wants to have the sense of stronger drama; not exactly thriller-like, but something that uses the cop genre to slowly tighten and enhance the stakes. By reaching for metaphor, Beauvois loses grasp of what made the first half of the movie so compelling. It’s almost as if it… drifts away.

Drift Away plays in Competition at the Berlinale, running digitally from 1st to 5th of March.

Berlinale 2021: What Do We See When We Look at the Sky? is Death by a Thousand Montages