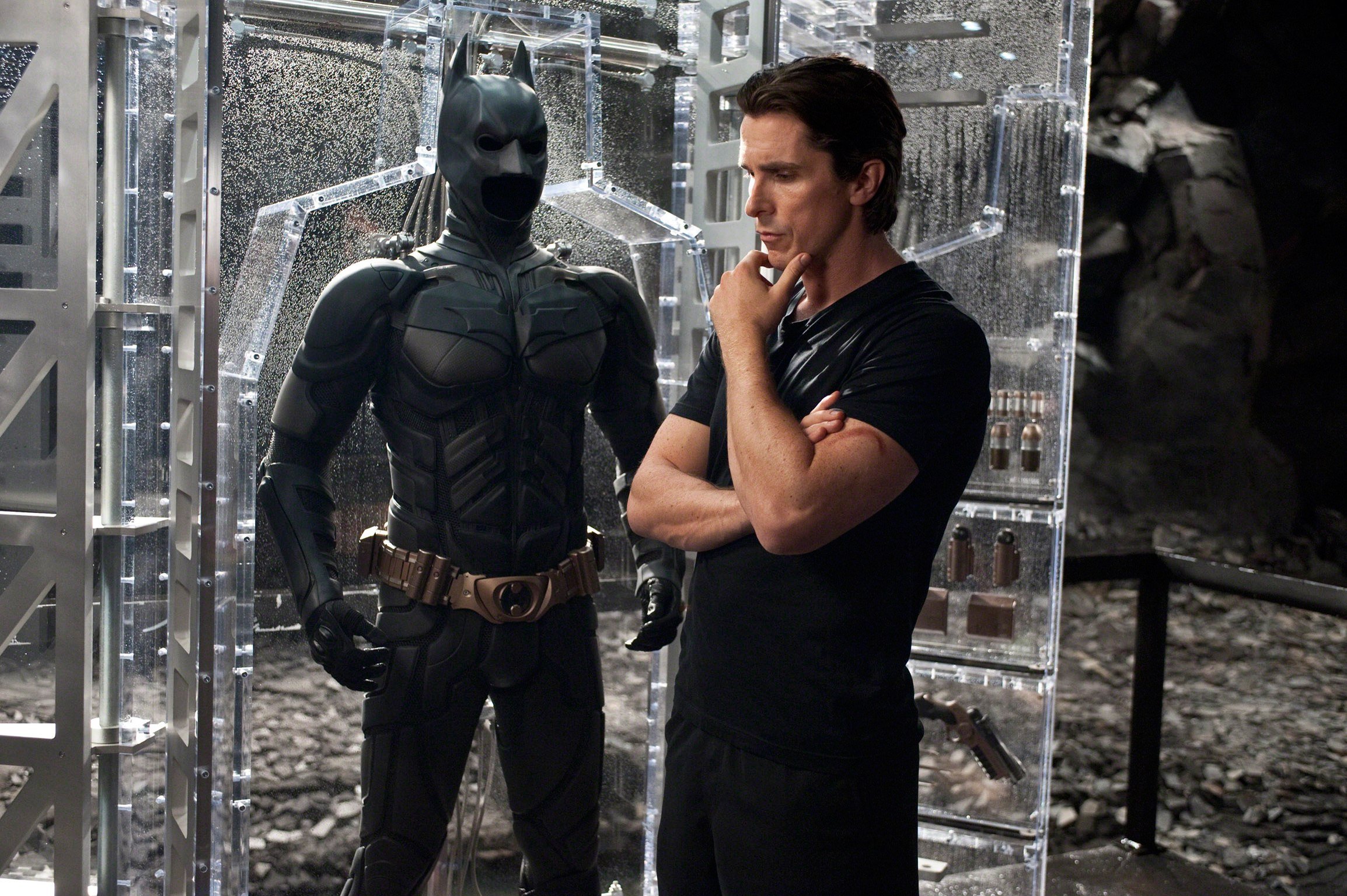 Lucius Fox: “You want to be able to turn your head.”

Bruce Wayne: “Sure would make backing out of the driveway easier.”

Tim Burton, Joel Schumacher, and Christopher Nolan have all left their mark on Batman’s cinematic incarnations with varying degrees of success. Burton’s distinctive gothic style redefined Batman for a new generation and brought the character back to his pulpy roots. Schumacher’s neon-soaked version of Gotham City lifted the vibrant world of comic books right off the page and onto the silver screen. Nolan grounded Batman in a realistic world, fighting against the kind of terrorist onslaughts that send chills down the collective spine of a post 9-11 society. Each filmmaker’s interpretation varied so wildly that it is peculiar to see that they all have one striking similarity. Not one of the seven live-action Batman films fully captured Batman’s physical abilities in a fight.

No one is arguing that Batman has not been in some epic fights, kicked some ass, or had his ass kicked ― he certainly has. What is being pointed out is that in a genre known for over-the-top spectacle, Batman has yet to engage in a memorable fight. The Batman movie’s directors have taken a style over substance approach when it comes to costume design, severely restricting what Batman is capable of on screen, and ultimately taking away an integral component of the character.

Tim Burton’s version of the Batman costume set a precedent for cumbersome Batsuits that inhibited Batman’s mobility. Burton’s Batman wore thick body armour, a heavy cape, and a sculpted cowl that didn’t allow the actor/stuntman inside to turn his head. Burton compensated for Keaton’s lack of maneuverability by emphasizing Batman’s craftiness. Batman often surprised enemies with a swift blow, taking them out before they fought back. Burton kept Batman’s fights basic to hide the fact that wearing the Batsuit made Michael Keaton move like an arthritic 90-year old in a back brace.

Christopher Nolan’s Batsuit 2.0 (introduced in The Dark Knight) was the first Batsuit to incorporate a swiveling headpiece. Somehow, Nolan’s less restrictive Batsuit didn’t translate to any free-flowing Batman action. Nolan either found it difficult to film action sequences incorporating the Batsuit or lacked interest in shooting fight sequences because all of his trilogies, the stand out scenes took place with batman behind the wheel of a vehicle. The largest action set pieces in the Dark Knight Trilogy involved the tumbler, bat-pod and the bat.

When Nolan’s Batman actually fights, Nolan keeps the camera tight and uses frequent cuts to distract the audience from the uninspired brawling. Nolan’s lack of fight choreography ingenuity is never more clear than during the climax of The Dark Knight Rises. Batman’s final fight against Bane, his greatest physical opponent, looks like a boxing match. For the majority of the fight, Bane pummels a clumsy looking Batman with a series of rapid hooks. Bane and Batman’s final encounter, the climactic moment to a billion dollar superhero franchise was ordinary and unimaginative.

Batman’s physical skills, namely speed and agility, are some of his greatest assets and so far, movie audiences haven’t seen them on display. The films overcompensate for Bruce Wayne’s vulnerability by dressing Batman in heavy and restrictive tactical armour, essentially turning him into a human tank. While the films try to convince audiences that the onscreen Batman is as nimble as ever, the costume is slow and cumbersome for the actor inside. As a result, the Batman films actively avoid putting Batman in situations where he must be agile. It’s unacceptable that after so many years of live-action Batman movies, the franchise has not featured fight choreography on par with what takes place on The CW’s Arrow or Marvel’s Daredevil on Netflix. Considering that Batman even appeared in a later film alongside a man that can fly, the need to weigh the character down in bulletproof tactical armour suddenly goes out the window.

Before the release of Batman v Superman: Dawn of Justice, the film’s director, Zack Snyder released pictures and a video featuring his version of the Batsuit. Although the suit was another thick and heavy clunker of a costume (requiring 3 people and 25 minutes to suit up), there were some reasons to remain optimistic about its application. Snyder, a veteran at adapting comic book movies to the big screen is renowned for incorporating his own slick visual style into the source material. In order for his vision of the character to translate to the big screen, Snyder has made it a priority to address the issue of the Batman costume’s lack of mobility. During an interview with fashionista.com, Snyder’s Batman v Superman: Dawn of Justice costume designer, Michael Wilkinson discussed their approach,

For those old enough to remember Michael Keaton as “Batman” and not “Birdman,” you may recall that the rigid head and neck piece (i.e. the “cowl”) on the Batsuit circa 1989 didn’t allow for the Caped Crusader to turn his head. So, say, if a villain snuck up behind Batman, he had to swing his entire torso around. Yeah, distracting.

That’s actually one of the first things that Snyder mentioned in an interview. It’s a very important thing to Zack that the Batsuit would be comfortable and very flexible, but then would be able to perform in a very natural and forceful way. So a lot of incredible engineering went into the development his version of the black cowl.

There have been countless interpretations of Batman during the 80-plus years since his creation. One of the few traits that has remained consistent is his unrivaled fighting skills. It is difficult to comprehend that in all these years of Batman movies, the films have yet to translate his martial arts mastery to the big screen. Today’s Hollywood blockbuster landscape is littered with mutated ninja turtles and cars that turn into giant robots. In this age of mind-blowing visual effects, perhaps we can finally expect to see Batman, one of the world’s most iconic superheroes, get into a street fight.

Ranking Batman’s Batsuits from the Movies:

The best and the worst of the Caped Crusader’s costumes.

How Batman & Robin Became a Dark Stain on the Batman Franchise