Two of Tennessee Williams’ one-act plays – Twenty-Seven Wagons Full of Cotton and The Long Stay Cut Short – are the basis for Elia Kazan’s Baby Doll. The film stars Karl Malden as a sexually frustrated, dimwitted, middle-aged owner of a Southern cotton gin, and Carroll Baker (in her debut) as his luscious teenage trophy wife, who desperately holds on to her virginity until she reaches the age of 20. Her nickname is “Baby Doll” – appropriate, since she sleeps alone in a baby crib, sucking her thumb and wearing only a short nightie, as her husband Archie spies on her through a hole in the wall. Eli Wallach (also making his first big screen appearance) shows up as a shady Sicilian businessman named Silva Vacarro, who takes advantage of Archie’s troubles and tries to claim Baby Doll as “compensation” for a fire set to his business. Things heat up, and Baby Doll finds herself caught in a romantic love triangle, with both men intent on deflowering the Southern belle.

The film broke new ground in depicting sexual situations incorporating themes of lust and seduction. With a plot that pivots around whether or not the virgin bride commits adultery – Baby Doll has been called notorious, salacious, revolting, morally repellent and provocative. The entire second act which plays like a cat and mouse chase follows Silva trying to seduce Baby Doll, who pretends she’s not interested but teases him just enough to convince us otherwise. When first released, Time magazine called it “possibly the dirtiest American picture ever legally exhibited,” and the film was condemned for lewdness by the Legion of Decency. It is easy to see why. The borderline attempted rape when Baby Doll takes a bath, and the notorious porch-swing scene with the lusty Silva, still sizzles, even today.

“I wouldn’t dream of eating a nut which a man had cracked in his mouth,” says Baby Doll to Vacarro.

Scripted by Tennessee Williams and shot on location in rural Mississippi, Baby Doll plays off against a sleazy, dirty, depressing Southern backdrop, heightened by Boris Kaufman’s superb black-and-white cinematography and an upbeat jazzy score. The highly-acclaimed Williams had many of his plays adapted for the screen in the 1950’s including Cat on a Hot Tin Roof (1958), and Suddenly Last Summer (1959)), but Kazan who had collaborated with Williams before on A Streetcar Named Desire seemed to be his best match. 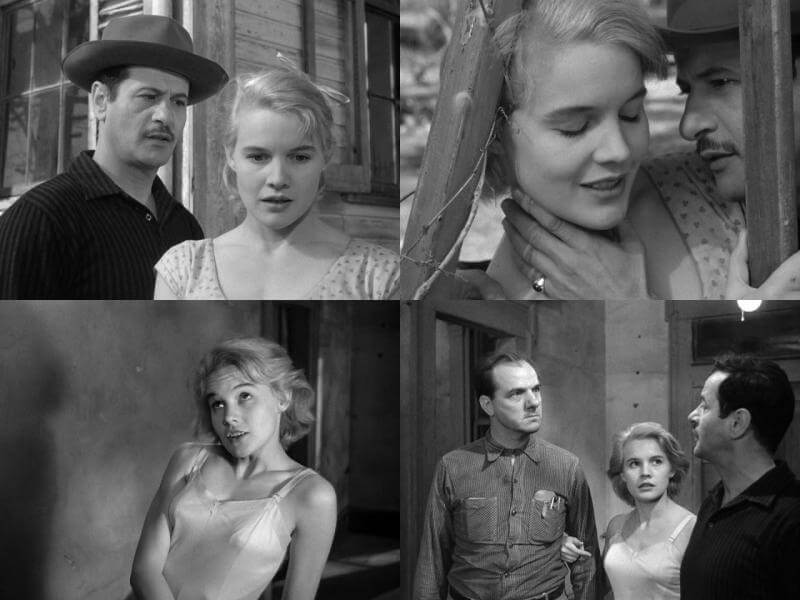 It is said that Kazan never tightly blocked his scenes, allowing his cast to roam about while relying on his camera to freely follow the actors at a close distance. The result is nothing short of brilliant and the performances are downright masterful. Despite all the moral outrage, Baker in her first major role deservedly received an Oscar nomination, as did Tennessee Williams (Best Adapted Screenplay), Boris Kaufman (Best Cinematography) and Mildred Dunnock for Best Supporting Actress in her role as Aunt Rose. Under Kazan’s superb direction, the entire cast all score strongly. Archie Lee, played by Mr. Malden is perfectly cast as the emasculated, bad mannered, bigot; and Baby Doll, played by Miss Baker captures a strange animalistic charm. Meanwhile, Mr. Wallach is a joy to watch, playing the arrogant and farcical Vacarro – and somewhere in the mix, Rip Torn makes his first appearance as a handsome dentist. 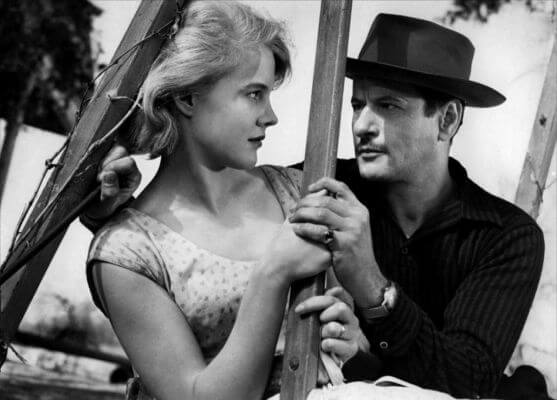 The nightgown became so famous, even today, people still call them “baby dolls.”

While the film’s sexual situations caused a controversy in 1956, the racial slurs and bigotry never seemed to raise an eyebrow.

Baby Doll: Sometimes, big shot, you don’t seem to give me credit for very much intelligence at all. I’ve been to school in my life – and I’m a magazine reader!

Ip Man 2 – Dynamic, Relentless and Funnier than its Predecessor

Tom Watches Movies: The (Other) Problem With CGI