The above quote found on a fireplace at the beginning of Apostle is a great introduction to Gareth Evans’ newest religious folk-horror film. With false prophets, a religious cult, a living island, and more haunting imagery than you can shake a burning cross at, Apostle is a smorgasbord of horror. Tension and dread burn slowly throughout the entirety, and it’s all held together by Dan Stevens’ fantastic performance in a period piece rife with conflict. While the mystery and some of the actions of characters are not as intelligent as the film thinks, this is an excellent showcase for Evans as more than just a great action director.

Best known for The Raid franchise, Evans’ horror roots were cemented prior to and after that. His debut film, Footsteps, treads in violence and what essentially boil down to snuff films. It’s not horror per se, but it’s horrifying content used to push a protagonist to fight against the evil forces at work. Meanwhile, the short film Safe Haven (which can be found in the anthology horror film V/H/S 2) is a mean cult film co-written and co-directed by Evans and Timo Tjahjanto (whose new film, The Night Comes for Us,is also coming to Netflix). That film let evil run amok to its violent conclusion; Apostle feels like a blend of the two, with a lot of the paranoia that The Raid franchise dealt with from its antagonists.

Paranoia runs deep in Apostle. As Thomas (Stevens) uncovers more of the secrets that the island of Erisden harbors, the leader of the island, Prophet Malcolm (Michael Sheen), becomes increasingly aware of an intruder amongst the villagers. As Malcolm seeks to weed out the intruder, Thomas is attempting to find his sister, who is being held captive. Malcolm hopes for a ransom that Erisden desperately needs to keep itself sustainable after the crops have been poisoned for unknown reasons. While much of the film’s first half relies on the slow burn and setting up the atmosphere, it’s the second half where everything begins paying off with buckets of blood and gore. 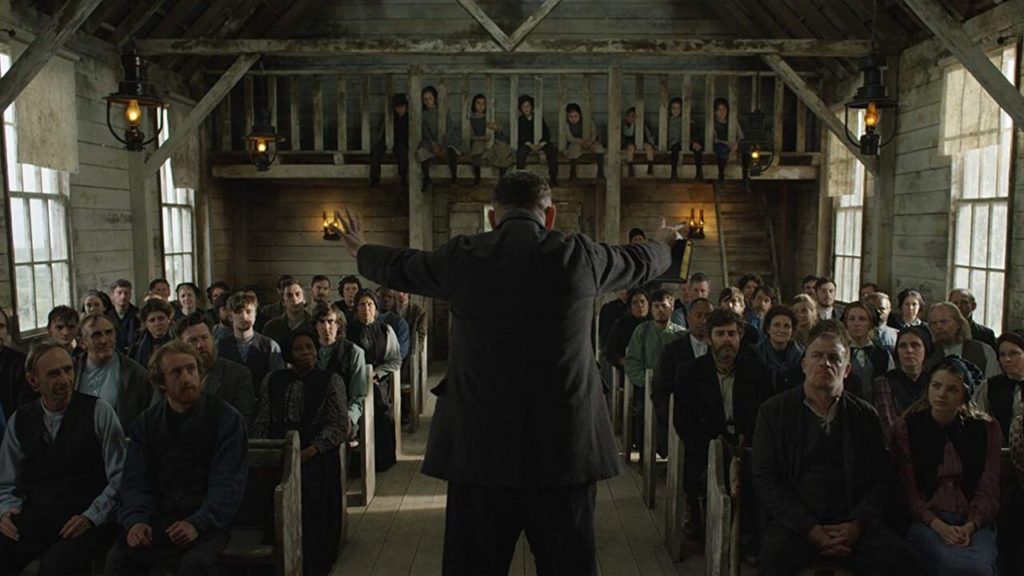 Really, that’s where Evans’ penchant for action comes out in spades. He has always understood how to direct action and how to exponentially increase the terror in violence with incredible camerawork. Matt Flannery has worked on every Gareth Evans film as cinematographer, with Evans having edited all of his own films as well. It’s evident that the two work really well together to compose striking images and interesting camera movement. Some of the best horror moments in Apostle come from how the camera twists and turns, which is something most horror movies don’t attempt, as they rely purely on the images within the frame as opposed to taking into account how the frameshifting can provide its own thrills.

As a piece of atmospheric filmmaking, Apostle is untouchable.

With Evans it’s easy to get wrapped up in the technical merits because he is quite clearly a craftsman at heart. Everything from the costumes to the sets adds to the 1905 setting, but also lends itself to the more backwards mentality of the island. Pretend it’s set in modern day and the chances of that island still behaving the way it does is pretty likely, which is part of the horror the film evokes. It’s very easy to get swept up in a set of beliefs, especially when isolated from the world.

It’s Dan Stevens who creeps through the film as Thomas, high on opium and ready to tear through the village’s secrets in order to find and save his sister. His entire performance feels like a bundle of rage and mystery ready to explode at any moment; he makes even the most terrifying moments scarier. The main issue is that other characters, including his own, tend to make decisions that don’t necessarily seem logical. These sometimes feel like a betrayal to Thomas as an intellectual, as he makes many decisions early on that portray him as an instinctual survivalist. However, most of the bad choices are made by characters in the latter half when everything is hitting the proverbial fan, so it’s a little easier to forgive due to the chaos they’re in. 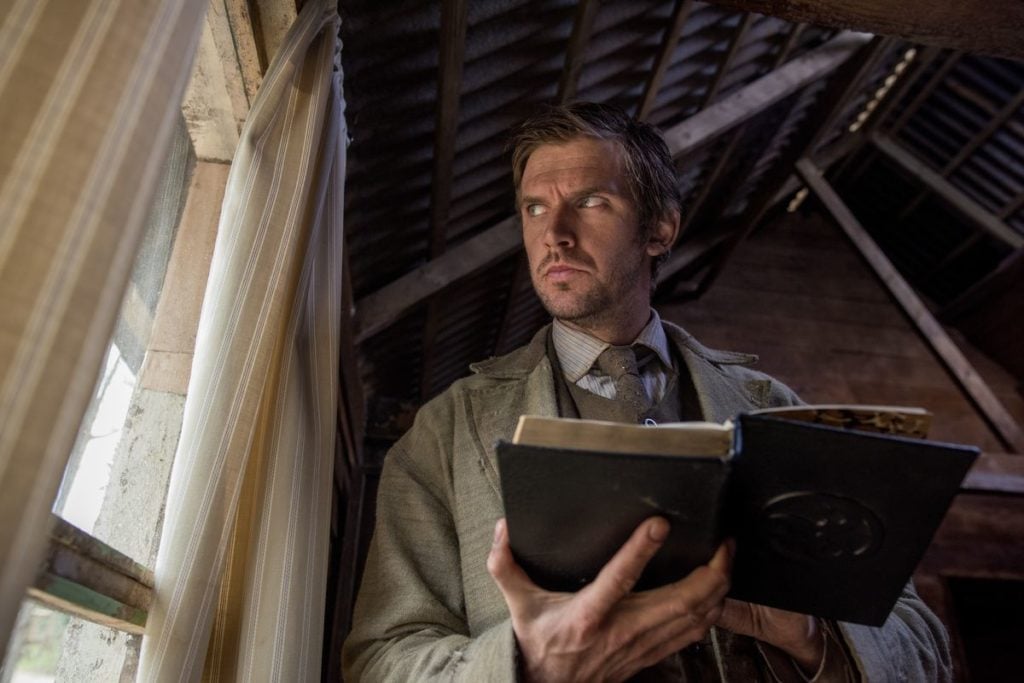 More frustrating is the actual point of the movie. Apostle does a really good job of doling out information as needed but keeping many of its cards close to its chest. When everything is finally revealed, the movie starts tearing into its folk-horror in a way that mostly works, but the movie tends to avoid heavy exposition in lieu of telling the story through visuals, which Evans can do well. Apostle is a metaphor, however, and while it essentially gets its narrative across, the ending feels rushed in a way that hurts the impact of its meaning. Scratching your head at the end wouldn’t be the weirdest reaction, but there could have been less of an issue had the film either breathed more in its final hour or gave a little more dialogue.

As a piece of atmospheric filmmaking, Apostle is untouchable. It accentuates the dread by placing characters in terrifying situations that feel like natural reactions to the setting. The edge of your seat becomes very warm by the end, as few do tension quite like Gareth Evans. At the very least, Apostle shows that he has learned a lot about how to build a world within the runtime of a movie. And what a bloody, dreadful world it is.

‘Bad Times at the El Royale’ Is an Unnecessary Puzzle Film