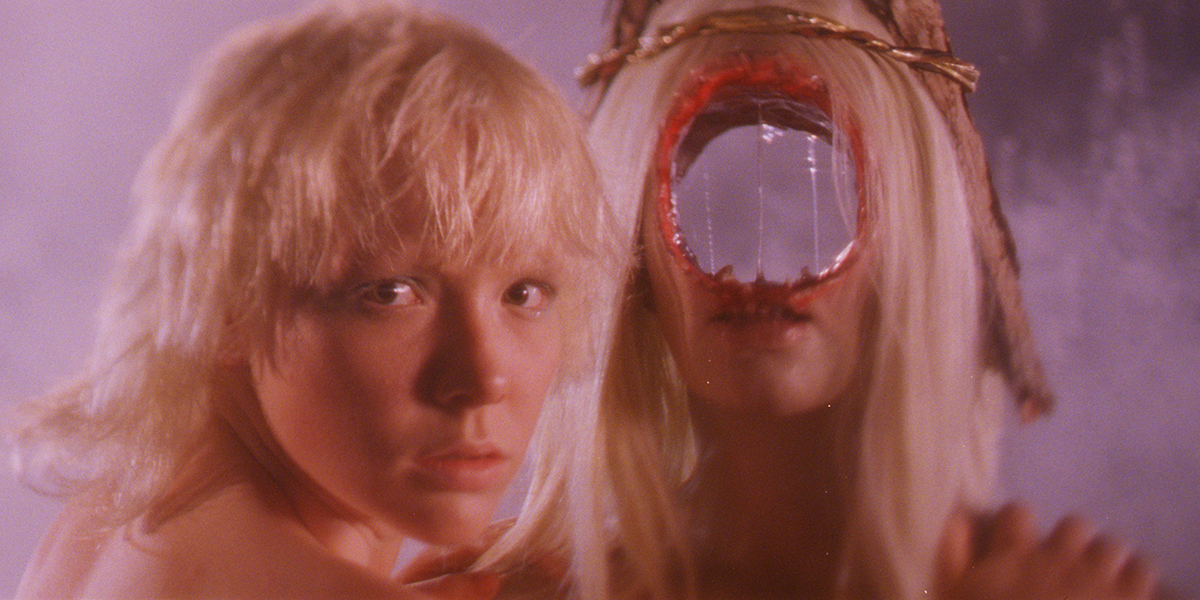 An acid western drenched in eroticism, After Blue (Dirty Paradise) is an unforgettable experience. With imagery that stains the mind and a dreamlike aesthetic that gives the entire film an otherworldly feeling, Bertrand Mandico utilizes his unique style of filmmaking to craft a film that could hang next to cult directors like Alejandro Jodorowsky and Lucio Fulci. Where an unappealing film may reside for some, After Blue (Dirty Paradise) consistently dazzles in its grotesque sights and haunting score.

Set in the future on a planet called After Blue, where only women can survive the atmosphere, young Roxy (Paula Luna) rescues a strange woman by the name of Kate Bush (Agata Buzek) from captivity under the sand. Unbeknownst to her, Bush was a convicted killer who is now running free and on an unstoppable rampage through the planet. Roxy and her hairdresser mother Zora (Elina Löwensohn) are cast out from their settlement in order to capture Kate Bush before she ruins the paradise of After Blue.

There’s hardly a moment in Mandico’s fever dream of a film that doesn’t look incredible. With a slightly faded look to every shot against brightly colored backgrounds and alien-looking production design, everything seems dreamlike. Occasionally it veers into a nightmare, but generally speaking, After Blue (Dirty Paradise) lives up to its name. Almost every component of the world created feels like it was washed ashore from the depths of the ocean where only the most resilient can survive. The entire environment is hostile and grotesque, but it adds up to a hallucination that is impossible to look away from and yet all you want to do is look away.

Roxy’s journey through After Blue is stopped occasionally to take a glimpse into the world. As a young woman who has never left her village, everything she encounters is fascinating and alluring. After Blue (Dirty Paradise) frames what is essentially Roxy’s sexual awakening around a bounty hunt and the exploration of frontiers unknown. With a few key interactions, most of her journey is more mesmerizing to experience than it is to think about. There’s not really a lot to the film’s overall structure: it’s meandering and the lengthy runtime will push most audiences away.

Where After Blue (Dirty Paradise) is at its most engaging is when it marries its fantasy and western aesthetic into a psychedelic vision of the future. Picking at elements of what make up that aesthetic is where Mandico’s film comes alive. It’s as if Lucio Fulci directed a live-action version of 1973’s Fantastic Planet (in fact, frequently I was reminded of Fulci’s 1983 fantasy film, Conquest). Mandico ensures that even if After Blue (Dirty Paradise) isn’t capturing the audience’s attention narratively, he’s keeping your senses preoccupied.

The Best Documentaries About Muhammad Ali