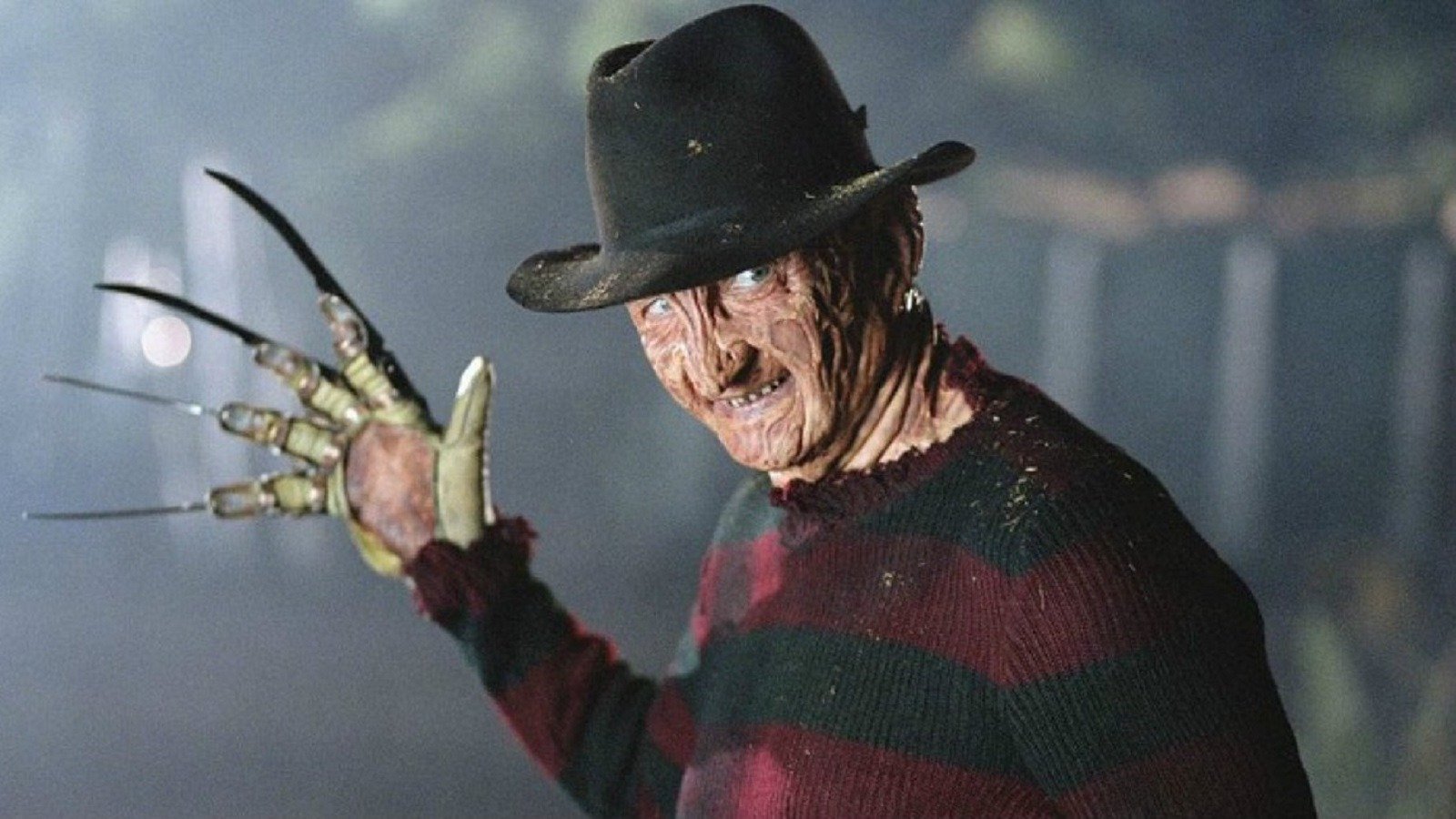 I’m not sure there is a single line in the history of slasher films that had more of an impact on the future of the genre than this line from A Nightmare on Elm Street 3: Dream Warriors. For the first two and a half films of this series, and the first few films from the other major slasher series of the day, there was a lo-fi authenticity to the films. Michael Myers stalking through the house in Halloween, the creepy intensity of Ms. Voorhees in Friday the 13th, Freddy’s claws coming through the walls in an unreal but significantly unsettling way in the original nightmare. Even when a little kitsch seeped through it was more creepy than funny. And all of that changed in Dream Warriors.

What was once deeply unsettling became funny. The atmosphere changed, so to achieve the same level of horror, the films had to increase the level of jarring imagery and gore. They also added intense and at times confusing depth to the series mythology. The way Krueger and Krueger’s family is brought to screen looks eerily like a progenitor to Quato from Total Recall and is equally as jarring. To modern audiences, the effects may look more kitschy than anything (heck they probably did at the time). But if one wants a horror marathon loaded with lots of kitschy humour and imagery and sets that are deeply unsettling when watched in the dark, few trilogies can do that better than the 3rd 4th and 5th installments in the Nightmare on Elm Street franchise.

When people think of the 80s franchise slasher film, this is what they are thinking of. It is often cited as the best film of the franchise (I certainly think it is), but really the film is far more interesting than people give it credit for. If someone happened to have only seen the 1st and 6th installments, it would not be hard at all to see that this is the perfect bridge film between those two worlds. The first half-hour or so is deeply indebted to Wes Craven’s vision of the series. Partly thanks to the return of the original protagonist, Nancy, but more because it sets up the world as a very real place. All those affected by Krueger are taking meds to keep them from dreaming and the fear that exists is totally palpable. Also returning is the skepticism that made the original film so unsettling. We know that all these kids are really in danger and the people around them don’t believe that. It’s a weird feeling of paranoia and obsession that sets up the mood for the rest of the film. Had the first half-hour not been so indebted to the original film, the more kitschy and cartoonish elements, later on, would have been purely laughable.

Freddy’s just around the corner…

On to the kitsch though – what makes Dream Warriors, and by extension Dream Master and Dream Child so interesting is how they use kitsch and cartoon (both figurative and literal) to expand on the world of teenagedom and how Freddy’s mythology lends itself to that world as a source of horror and pain. The theme of Dream Warriors, as made clear by the title, is how to fight Freddy – and the answer that becomes ubiquitous through the rest of the series is the “proper drug cocktail.” Nancy’s return to teaching the new kids how to fight Freddy in their dreams is undercut because she has been fighting Freddy by popping pills since the first film. And this is what leads to the incredible scene that titles this piece.

There has already been a death at this point in the film.

One of the boys in the psychiatric ward was characteristically slashed and thrown out a window by Freddy in his dream. Jennifer, an aspiring actress goes to the TV room to deal with this death and we see her do what she has done through the film so far to stay awake; she lights a cigarette and burns herself with it when she starts drifting off. Again, the pharmaceutical idea is perpetuated here by combating Freddy. Unfortunately, it doesn’t work this time and she starts hearing Freddy’s voice coming from the television. She goes up to the tv and mechanical arms spring out of the sides of the television to grab her. Freddy’s head pops out of the top with bunny ear antennae and taunts her with that infamous line, “Welcome to prime time, Bitch!” pulling her into the television, leaving her dead.

The image of Freddy’s head with bunny ears antennae, saying those words, leaving her headfirst in a television in a scene that could have been pulled from a demented episode of the looney tunes – it is the perfect mix of horror and kitsch. It seems totally surreal (dare I say dream-like) and almost laughable but it is still a viscerally intense scene. More importantly, though is how it connects Freddy’s methods to the fears of the teens. Jennifer wants to be an actress and can’t, her fear of Freddy is only second to her dreams of making it big. So Freddy kills her by putting her on screen. This relationship between the dreams and fears of the victims is the visual characteristic that makes the rest of the film and the next two films so distinct. The franchise doesn’t simply repeat the stalk and slash horror genre, it expands and changes film by film, growing and evolving, making all of the films (with the exception of the remake) interesting to examine from this critical perspective.

To return to Dream Warriors for one last point though, it is radically important in this film that Nancy dies at the end. The end of this film could simply have been a great hurrah with the defeat of Freddy, but it’s not. Nancy is dead and Freddy is still out there because you can’t eliminate Kreuger with a splash of Holy Water. Kreuger has a past that makes him an elemental force in the world that won’t be silenced. And that brings us to the next part of this series – A Nightmare on Elm Street 4: The Dream Master.

‘Siberia’ is an Alienating Journey Into the Mind

Mangrove is a Necessary Call to Work for A Better World