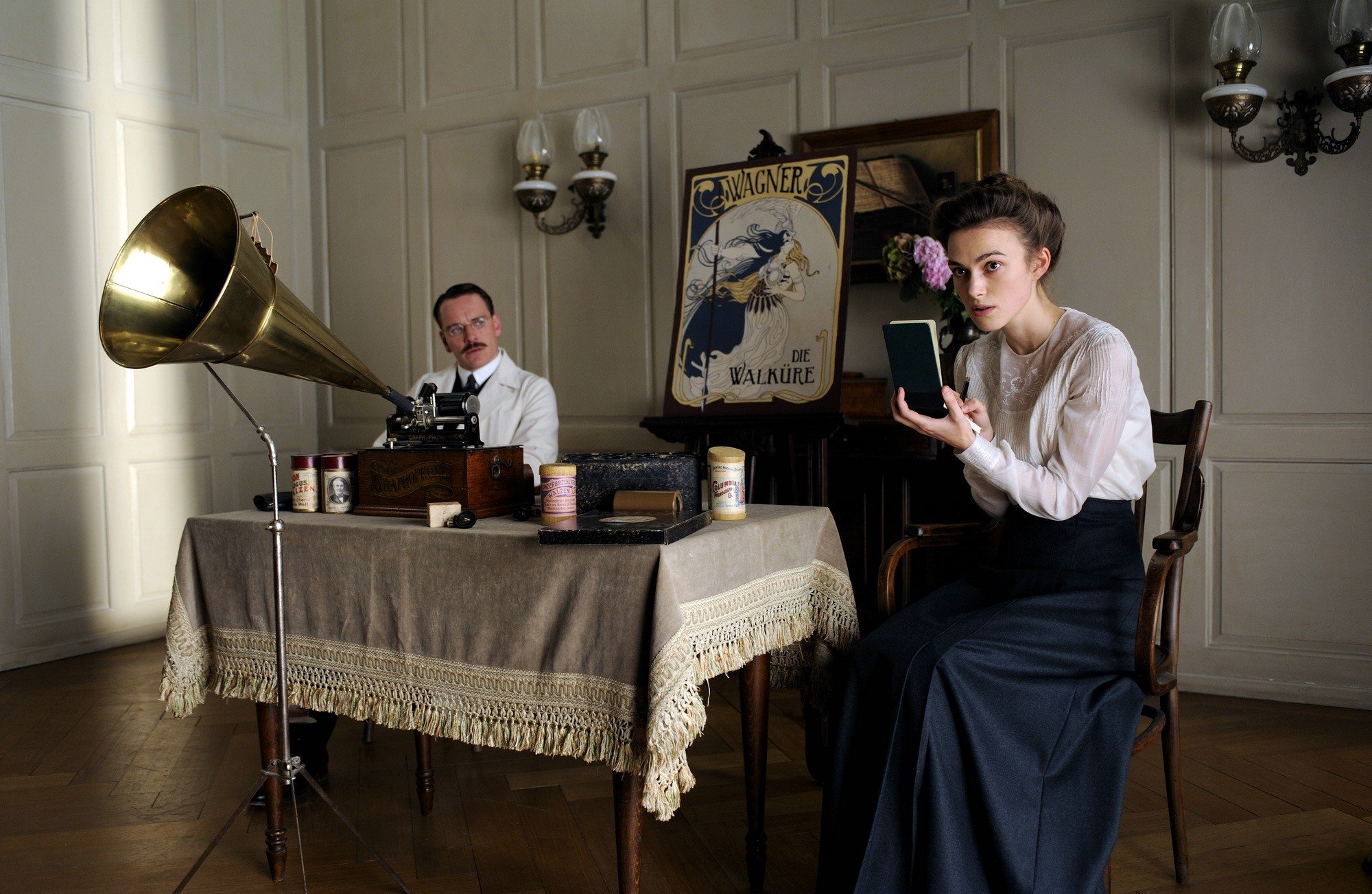 David Cronenberg’s first film since 2007′s uneven mob thriller Eastern Promises, A Dangerous Method seemed destined to confound and divide nearly both seasoned fans and casual moviegoers. Considerably more austere and literary than any of his previous work, while retaining his intense interest in the human-animal, A Dangerous Method is at once slyly subversive and carefully measured in its approach to both theme and historicity.

Method, which spans roughly a decade, opens in 1904 Vienna, where budding psychoanalyst Carl Jung (Michael Fassbender) has agreed to take on Sabina Spielrein (Keira Knightley) as a patient in order to test a psychoanalytic technique invented but apparently heretofore untried by Sigmund Freud (Viggo Mortensen, effortlessly devouring scenery). Spielrein suffers from intense panic attacks that cause her body and face to contort wildly and render her speech nearly incomprehensible. By employing Freud’s methods, Jung is successful in getting Spielrein to discuss her intense but unconsummated sexual desire and her abusive relationship with her father, and subsequently, she resumes studying medicine and eventually psychoanalysis itself. Over the next ten years, Jung and Freud meet and form a close personal and professional friendship, while Jung’s doctor-patient bond with Spielrein threatens to derail into another territory entirely – egged on by another of Jung’s patients, the deeply hedonistic Otto Gross (Vincent Cassel).

As a tale re-interpolated at least three times over – first in John Kerr’s 1993 book A Most Dangerous Method, then adapted for the stage as The Talking Cure by Christopher Hampton in 2002, and finally in Cronenberg’s film (also penned by Hampton) – Method, the film, wears its postmodern indicators proudly, and in the precise service of its themes: Jung’s dreams prophecizing the great European calamities to come; Freud and Spielrein’s frank discussions on Semitism and otherness; the repeated acknowledgments that Freud’s ideas will resonate for over a century; the too-prescient nods to the crumbling gender divide. A Dangerous Method is, at heart, about the struggle that faces humans once the basic work of self-knowledge is done – in particular, are base instincts to be embraced and given life, or discarded and repressed? That the question seems to have no satisfying response to the present day underlines Method‘s effectiveness in transcending musty costume-drama trappings.

Though Fassbender and Mortensen are critics’ darlings, it’s Knightley that’s a revelation here. Her progression from full-blown, debilitating psychosis to comparatively mild neurosis is utterly believable, and her intelligence and poise in her intellectual sparring matches with Jung and Freud are innervating to behold in this context. Working from Hampton’s intensely dialogue-driven screenplay, Cronenberg is able to hone in on the thematic heart of every sequence despite the lack of his usual grotesque visual aids. Despite the stark change of time and setting from the rest of his films, Method feels entirely of a piece with Cronenberg’s previous explorations of desire as a destructive, uncontainable force, only delivered in a much more strongly internalized fashion. Despite the near-total absence of violence, explicit sex, and outright physical grotesquery, the classification of his work as “body horror” remains entirely appropriate, even as he breaks even further away from typical genre signifiers.

eXistenZ, Better than The Matrix