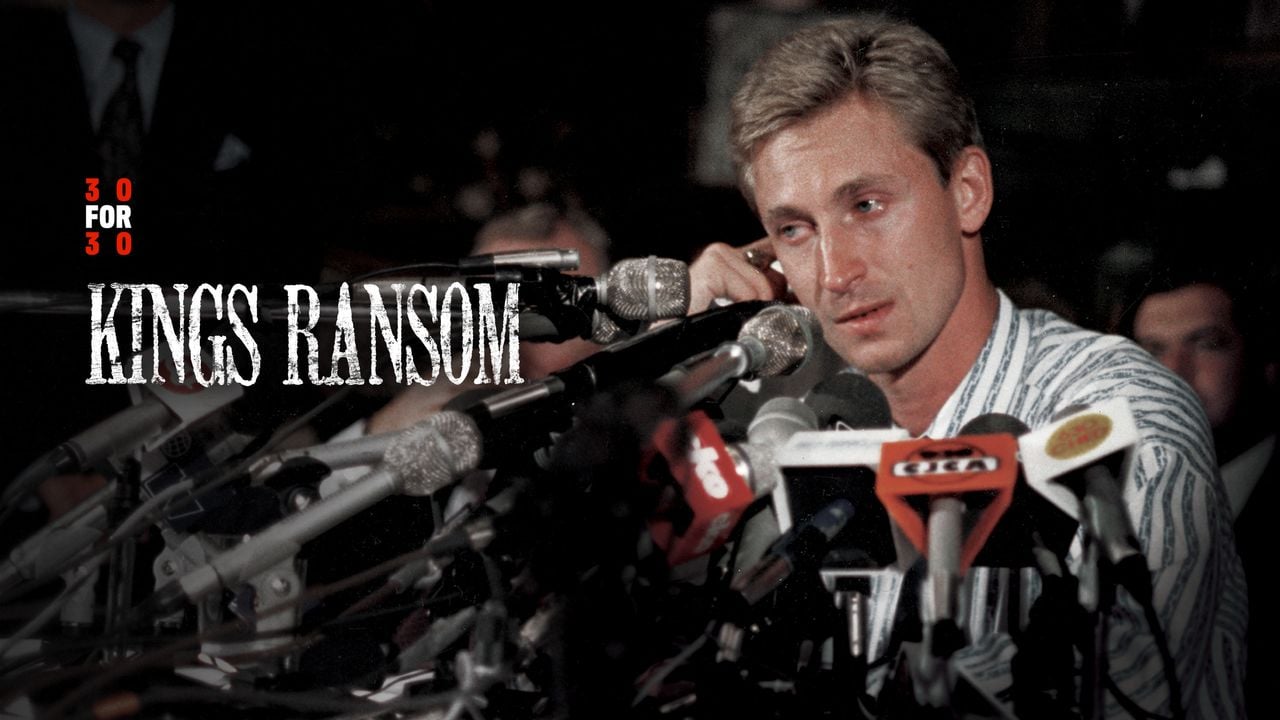 On August 9, 1988, 34 years ago Tuesday, Wayne Gretzky moved from the Edmonton Oilers to the Los Angeles Kings in the biggest and most shocking trade in the history of the National Hockey League.

A four-time Stanley Cup champion and by a significant margin the best player in the game at the time, Gretzky jumped from a small market in Canada to Tinseltown, kicking off a renaissance for hockey on the West Coast. Player movement is a fact of life in sports, even for the biggest stars of all. But it was a jarring moment, at the time, for the Oilers to jettison The Great One, essentially by selling him off.

In October of 2009, 21 years after the trade, ESPN debuted Kings Ransom, a documentary about Gretzky’s move to Los Angeles. It was the first installment of 30 for 30, which was originally conceived as a series of 30 documentaries, on the occasion of ESPN’s 30th anniversary, mostly directed by well-known filmmakers. “Kings Ransom” was directed by Peter Berg, the actor-turned-director best known at the time for directing Friday Night Lights, both the 2004 movie and the instant-classic pilot of the TV series, two years later.

On this day in 1988, The Great One was bound for the City of Angels. pic.twitter.com/tYQWFKgvS6

The film, in a 60-minute running time, goes through the whole Gretzky trade saga, getting perspectives from Gretzky, his wife Janet Jones, Oilers owner Peter Pocklington, then-Kings owner Bruce McNall, and others. This is interspersed with archival footage, from both games and Gretzky’s tear-filled farewell press conference.

14 years later, it’s striking just how different the first 30 for 30 film is from the more recent ones. One, it’s short- just 60 minutes, when the subject matter could have easily filled 90 minutes or even two hours. Also, 30 for 30 dropped the idea of hiring prominent Hollywood directors relatively early on, often turning to sports documentary specialists.

And unlike the latter-period 30 for 30 style, in which the subject is almost always sitting in a luxurious mansion, Berg interviews Gretzky on a golf course.

Aside from that, though, the combination of contemporary interviews and archival material would remain a big part of 30 for 30 for its entire run to date.

Another thing that’s notable in the documentary is that while the dollar amounts have certainly changed, great players jumping teams because their owners don’t want to pay them certainly remains a factor in sports, especially with the recent trade of Juan Soto from the Washington Nationals to the San Diego Padres.

Also still a sad fact? The hateful slamming by fans and media of players’ wives, who get blamed for anything that happens with the player. Many seemed convicted, for instance, that Janet Jones had somehow masterminded the trade, in order to further her Hollywood ambitions. You hear similar rumblings, now, anytime an NBA player starts dating a Kardashian.

It wasn’t the greatest 30 for 30 of them all, and it could have used a longer running time. But “Kings Ransom” is a worthy telling of the trade of the Great One to L.A.

“Kings Ransom” is available to stream on ESPN+.

The Kentucky Fried Movie: A wild Anthology Movie, Very Much of its Time