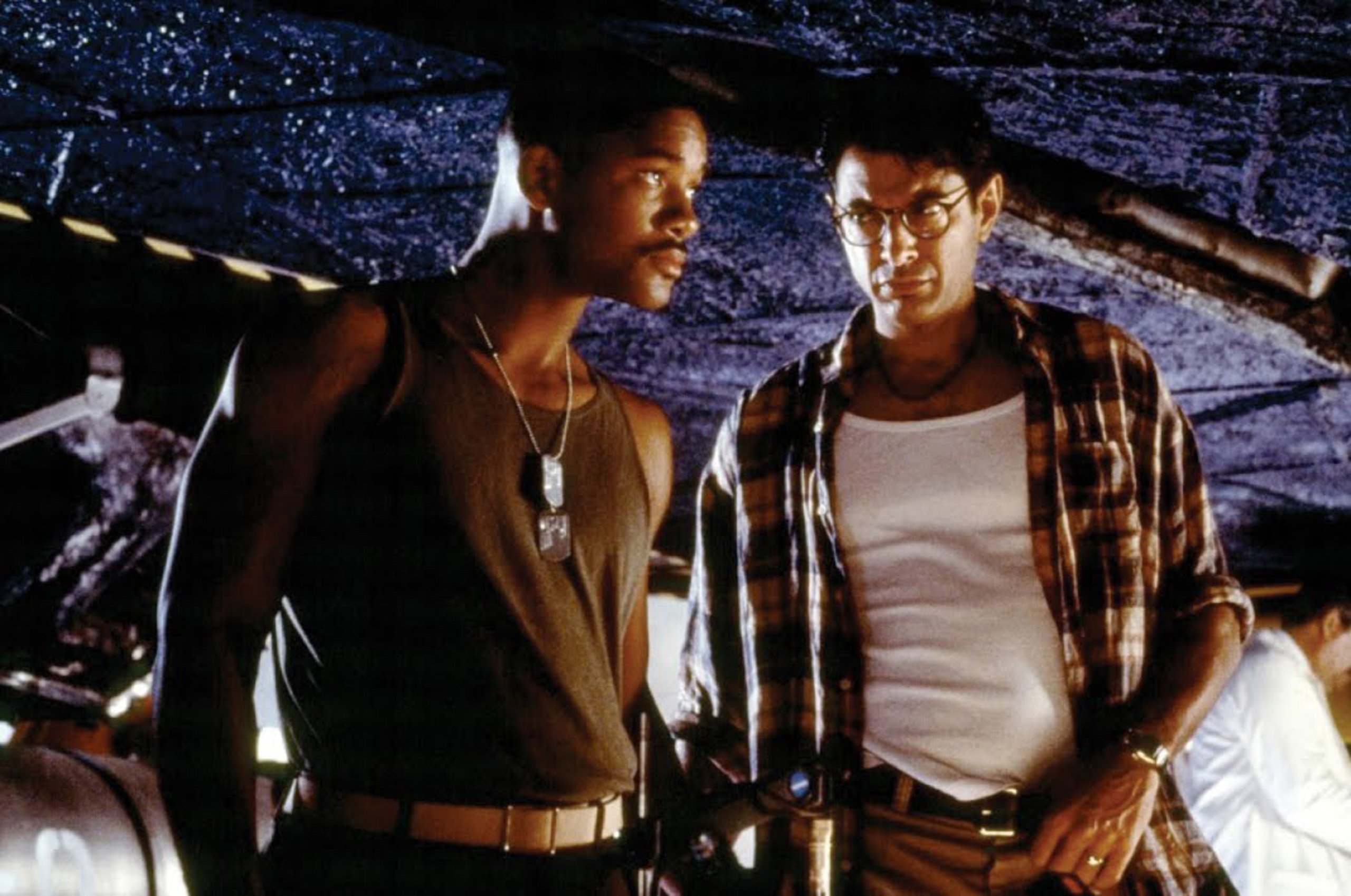 Independence Day is one of my favorite movies. That’s not exactly something I’m proud of, but it’s the truth. Every time it’s on TV, I watch it, I know all the lines, I have it on special edition DVD and still on the original VHS.

I was only eight when it was released, and it was the first real summer blockbuster I had ever seen. At the time, I was drawn in, like most people, to the insane action sequences and stunning images (there is a reason that the White House explosion has become one of the most iconic in pop culture). As I’ve gotten older, I started to notice the characters and that Independence Day is just one of the most unapologetically over-the-top, thrilling, and enjoyable movies ever made.

Roland Emmerich will never be considered a master filmmaker and he’ll certainly never be considered subtle but he’s never tried to be either of those things. And it’s safe to say that Independence Day is his best film. In no way does it reinvent the invasion movie but somehow Emmerich makes us care about these characters and by the time President Thomas Whitmore (Bill Pullman) delivers that speech that pretty much everyone has memorized your as riled up as the survivors. Almost twenty years later that moment is still so incredibly enjoyable.

And really that’s what Independence Day is, an enjoyable summer epic that’s become a defining movie for a whole generation. How many people can remember sitting in a theatre on a hot July day all those years ago and being so captured by this ridiculously good movie?

For those who have somehow escaped seeing Independence Day for the past 25 years, it’s a fairly straightforward evil aliens invade earth kind of story. Starting on July 2nd alien motherships hover over nearly every major city on Earth causing mass panic and fear. From there Emmerich introduces us to the film’s multiple characters, there’s the boyish Whitmore, who no one takes seriously until he pulls the survivors together, there’s self-assured Marine pilot Steven Hiller (Will Smith, in a role that would turn him into one of the most profitable stars on the planet), who becomes the hero he always wanted to be, and David Levinson (Jeff Goldblum) an MIT graduate working at a cable company and pining after his White House staffer ex-wife Connie (Margaret Colin). He’s the one who discovers what the aliens are really up to with his father Julian (Judd Hirsch). Only in a movie like Independence Day would David be the one who saves the world, and with a computer virus, no less.

Even at a young age, I knew two things one, Jeff Goldblum was my first crush, and two, the most riveting and terrifying moment in the film was easily the surgery scene. It’s so tightly constructed, and I have no trouble admitting that hearing “peace, no peace” gave me a fair share of nightmares throughout my childhood. Frankly, it still sends a chill up my spine.