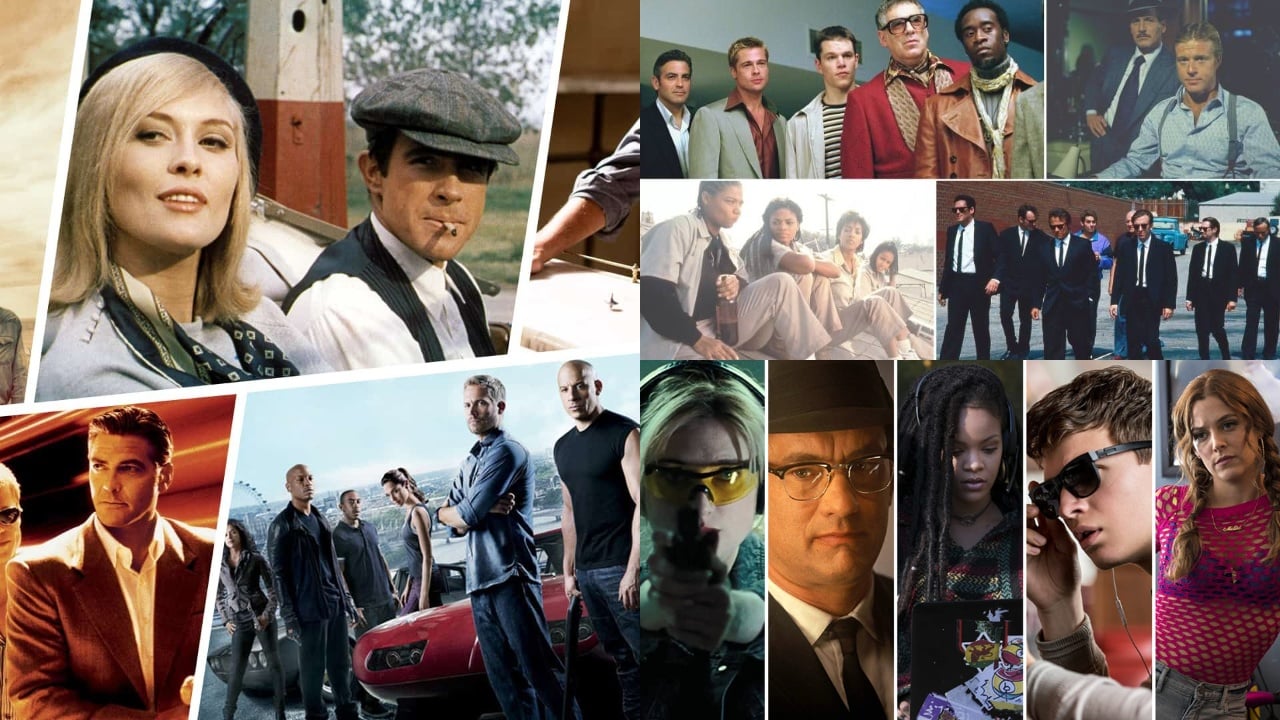 What Every Great Heist Film Needs…

Let’s take a look at all the requisite elements of a proper heist film. Get out your notebooks.

The first part of any respectable heist film should be spent assembling a crew of acutely skilled misfits. Some of them will be in retirement, some will have gone straight, and others will only be involved in minor crimes which are not paying the bills, but since this is a really big score, they’re interested. Once the crew is together, it should include at least a few of the following: the safecracker, the explosives expert, the forger, the driver, the muscle, the tech genius, the cleaner, the leader, the love interest, and of course, the newly added unreliable guy.

Every heist film needs a caper that seems impossible but is worth pulling off because of the magnitude of the score, as well as obviously being everyone’s last big job. Sometimes the score is simply a large sum of money or gold, but other times it can be something quite unique, like a bejeweled goblet, a famous painting, or something that, whatever it is, belonged to a king.

The heist must be carefully planned, which will necessitate a scene with the crew gathered around blueprints or schematics (but never sadly, a Lego model). In this scene, the camera will pan around the table while every crew member speaks to his role. The character who doesn’t seem to know what he should do is the one who will mess everything up. Sometimes a voice-over takes us through a simulation of the heist, so when everything goes wrong, we will be properly surprised.

The target will be a bank, a casino, a museum, a government building, a mansion, a train, a Brinks truck, or another criminal’s vault. Modern heist films tend to require the target to be someone of ill repute, like a corrupt businessman, or a gangster, but old heist films didn’t bother with this altruistic angle and were simply content to show plain old criminals.

5. A Conversation About “The Life”

There should at least be one scene where two of the crew members discuss choosing a life of crime. Lines that will be uttered include, “I was never good at anything else” or “You have to know when to walk away.” From the conversation, it should be clear that although they love their work, they secretly want to settle down and go straight. It’s very tragic.

During the heist, several things must go wrong. The new guy will get too aggressive and shoot somebody. A guard who was supposed to off will show up. One of the crew members will be caught by the police. In each and every case, this will allow us to see the leader’s improvisational skills.

As any heist film makes clear, stealing is easy, it’s the getting away part that causes trouble. Here we see the crew switching vehicles, losing their disguises, and transferring the score to a safe location. If it’s a harsh film, there will be a shootout; if it’s a lighter film, the crew will escape by completely tricking everyone.

The betrayal typically occurs at one of two points in the film. The first place it may occur is when the safe is cracked open revealing the goods inside. Here one of the crew members (usually the guy added last), will pull out a gun and abscond with the loot, but not before purposely setting off the alarm so the others are caught. If the betrayal doesn’t occur here, it will occur back at the meet, when everyone discovers the goods have been switched.

The leader knew the unreliable guy would try and pull something, so he switched the goods in advance, leaving him with a fake, or even more insulting, a duffel bag full of washers. Bet you didn’t see that coming.

The heist films of the fifties and sixties typically had tragic endings, with many of the crew members winding up dead or in prison. Today we’re a little more optimistic, so the last shot is typically a shot of a plane taking off, a car driving away, or an island. If there’s a problem with modern heist films, it’s that the characters are so clever and precognitive, they don’t seem to require an audience to root for them. But we all keep seeing the films anyway, just to make sure they adhere to everything on this list.

Raiders of the Lost Ark: The Movie That Made Me a MovieBuff