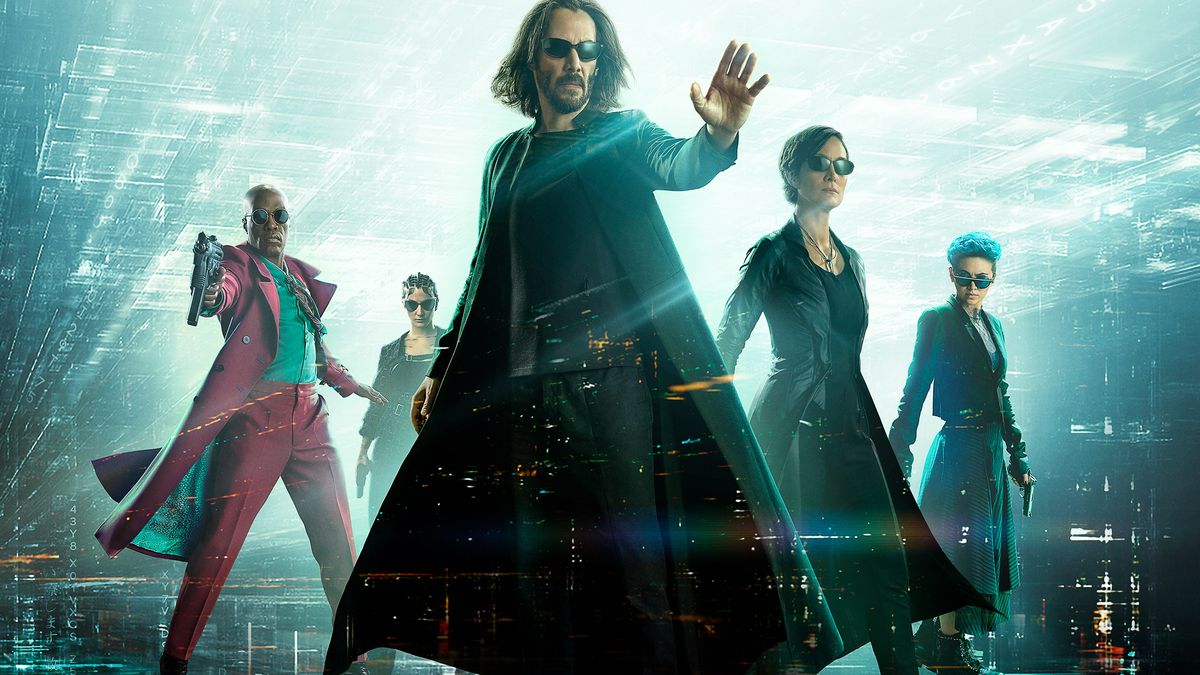 *This article contains spoilers for The Matrix Resurrections.*

The Matrix Resurrections has taken us back to the iconic science-fiction world that began over two decades ago in 1999. A film that’s both sequel and reboot, both reimagining and detailed analysis, Resurrections is the boldest sequel of the year and one of the most daring blockbusters of the last decade. With these notions in mind, we’ve brought together this list of 10 reasons why The Matrix Resurrections is so engaging, and what helps it to stand out from the other big movies of 2021.

No moment in The Matrix Resurrections better signals the tone of the movie than when Trinity introduces Neo to her husband. “Chad,” this interloper says, holding out his hand. Like a lot of jokes and references in the latest Matrix film, how funny this gag is to you depends largely on how familiar you are with internet culture.

Lana Wachowski makes no secrets of taking The Matrix back from the more toxic corners of internet fandom with Resurrections, but this joke, a direct jab at the incel community, and a divided fanbase that has grown ever more splintered and bitter, is the absolute best inkling of her mission statement.

Both Wachowskis have mentioned the trans allegories of the original trilogy in interviews, even if they themselves weren’t always aware of it. Neo is deadnamed by the villain, people awaken to their true selves by discovering the truth of their existence, and pills awaken you to your new reality, transforming you in the process.

These aspects have been given new meaning after the writer-directors both came out as trans following the original Matrix trilogy. With that in mind, The Matrix Resurrections plays with these ideas in fun and daring new ways. For example, Thomas Anderson takes blue pills every day that keep him from realizing his true potential. This notion is a dark mirror of the estrogen or testosterone pills that a trans person would take in order to begin transitioning into their authentic selves.

These sorts of things are littered throughout the latest Matrix film and will hopefully serve as a lifeline to the all too vulnerable trans population, a signal that they are seen and that their experiences matter to the world.

It’s a pure joy to see Keanu Reeves and Carrie Anne Moss returning to their most famous roles as Neo and Trinity in 2021. Reeves in particular brings a new sophistication to Neo in The Matrix Resurrections that is indicative of how much he has grown as an actor over the last two decades, while Moss makes Trinity feel warmer and more natural.

Even if we can’t have Laurence Fishburne and Hugo Weaving back to complete the nostalgic trip, seeing these two bring new energy to their most iconic characters is a wonderful surprise after the back-to-back bummer years of 2020 and 2021.

While Trinity and Neo’s love story was an excellent part of the original Matrix, it floundered somewhat in the sequels, where the interactions between the two sometimes came off as stiff and wooden. Luckily, this element works wonderfully again in The Matrix Resurrections.

The reason why this is such great news is that the love story is actually the key focus of Resurrections. As fortune would have it, Reeves and Moss still share great chemistry after all these years, and with the stakes of their reconnection being as high as they are, it creates a brilliant emotional arc that the film soars on.

Speaking of the stakes of The Matrix Resurrections, it does the movie a world of favors that the screenplay doesn’t have over-the-top, world-ending stakes. With nearly every blockbuster today having the heroes battle legions of faceless aliens or robots to save the world, this aspect especially is a breath of fresh air here.

There are no giant glowing lights or lasers in the sky, just two people struggling to reconnect to their true selves and the legion of sinister forces trying to keep them apart. This creates an emotional connection for the movie that always feels like the most important part of the story, offering the plot and character enhanced gravitas in turn.

One of the things that The Matrix Resurrections does especially well is offering cool new takes on the characters we know and love from the original trilogy. Morpheus and Smith are crossbred in the new AI version of Morpheus, while Niobe is aged up into her 90s, and we meet a badass grown-up version of Sati as well.

However, by far the best new take is Jonathan Groff’s brilliant performance as a reborn Agent Smith. Relishing the villainous turn, the often more subdued Groff goes for it with gusto and lands Hugo Weaving’s mannerisms masterfully while also giving the iconic villain his own personal touch. It’s easily one of the most fun parts of a movie filled with them.

As far as sinister villains go, The Analyst is probably top of the heap for 2021. The very idea of a therapist or counselor who is secretly gaslighting you and keeping you sick while benefiting from your mental illness is totally insidious.

Furthermore, Neil Patrick Harris plays The Analyst with such charisma and affability that, like Neo, you easily fall under his spell. It’s this likability and seeming helpfulness that makes The Analyst and his eventual reveal as the villain all the more surprising and satisfying. Even better, his plan makes total sense and adds new depths to the world of The Matrix.

Speaking of The Analyst’s plan in The Matrix Resurrections, that plan, along with the history that’s been added following the 60 years since the events of Revolutions, changes the trajectory of this world in exciting new ways. With more people awakening from the Matrix than ever, power is in short supply for the machines which is what leads to Neo’s return.

The Analyst is using Neo’s place as The One to generate power by keeping him just close enough to Trinity to want her back, but clouding his brain and blocking his memories with blue pills. Zion has also been abandoned for I/O, humanity’s new haven where they work in tandem with freed machines to create a world for all beings.

Finally, programs are now able to manifest in the real world through tiny nanomachines formed into the shape of bodies and faces. This is an especially inspired bit of world-building and one that offers plenty of cool storytelling opportunities for the future.

The one caveat that many have noted about The Matrix Resurrections is true: there aren’t as many show-stopping action moments as fans of the original trilogy might be expecting. Still, there are some great action scenes, from the doorway hopping reality trip early on to the Neo and Smith vs. The Analyst climax.

Either way, it’s the effects that really shine here. CG has taken leaps and bounds since the original Matrix movies and it shows in spades. The blast radius or push effect that Neo uses repeatedly after awakening is the most impressive but there are plenty of other moments of pure spectacle to enjoy, even if they might not live up to the high watermark set by earlier Matrix moments.

The greatest gift that The Matrix Resurrections gives fans is a chance at more great Matrix stories in coming years. With a new world established and a cast of new and returning characters to utilize, the universe of The Matrix has never been in better shape. And with the cast and crew ready and willing for another go-round, the digital sky is the limit for where the next Matrix story can take us.

Dirty Harry at 50: How the Series Captured the ’70s Culture Wars