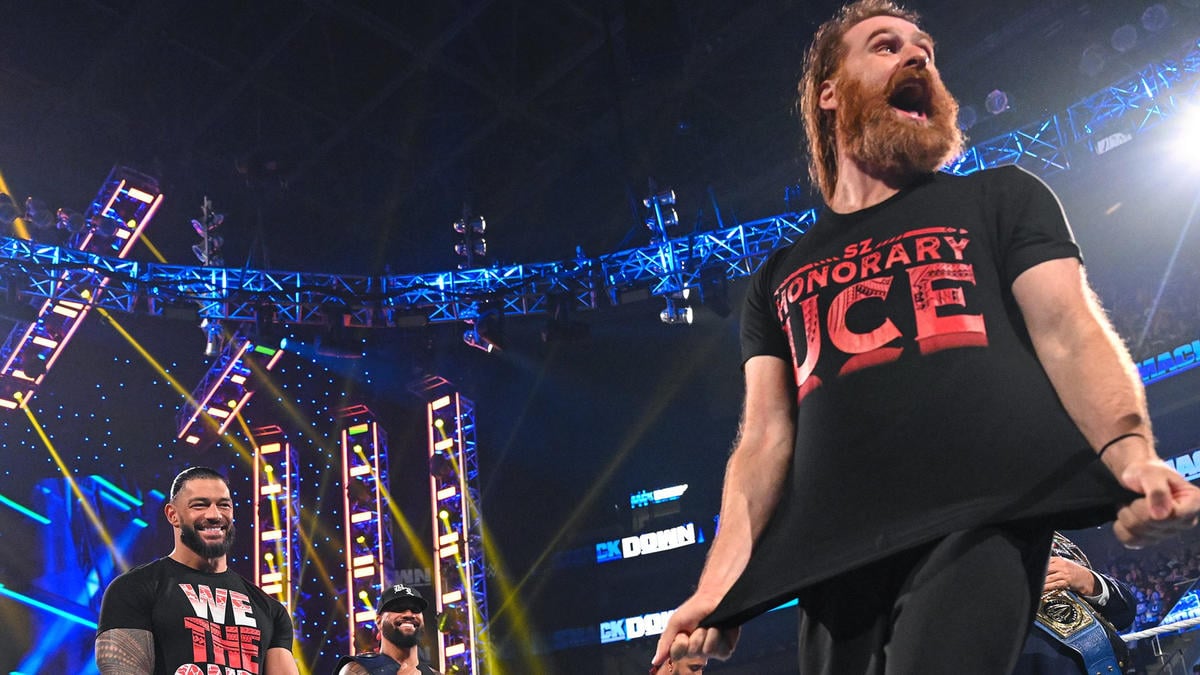 Who Should Win the 2023 Royal Rumble?

Nine months ago, Cody Rhodes shocked the wrestling world by leaving the wrestling company he helped build to return to WWE. He said it was an easy decision because he needed to win the WWE Championship. He needed to do it for his late father, the legendary Dusty Rhodes. There was finally a viable main event-level babyface to dethrone Roman Reigns. Now, as we’re on the cusp of Cody making his heroic return from a torn pectoral to enter the Royal Rumble and potentially go on to face Roman at Wrestlemania, it’s clear who the logical choice to win the Rumble is. It’s Sami Zayn.

When Cody returned it was easy to see him as the guy to be the one who finally took the title off of Roman Reigns. Despite the less-than-positive fan reactions he received near the end of his run in AEW, when Cody returned to WWE at Wrestlemania 38, he was treated like the babyface he always presented himself as in AEW. The cheers he received we deafening, fans sang along to his song, he was doing it for his dad. His choosing to wrestle while his pectoral muscle was torn off the bone only solidified that he was now the people’s champion. That was then.

Sami has always been incredible at what he does, but much of his main roster run has been lacking compared to his time in NXT. For the last couple of years, though, he’s quietly established himself as one of the most entertaining workers on the roster. His conspiracy theorist heel character was comedy gold, providing consistently entertaining segments every week. His work with Johnny Knoxville was one of the best feuds the company had at the time and resulted in one of the most entertaining comedy matches ever. It didn’t matter that he lost to Knoxville because Zayn won the hearts of the crowd thanks to his entertaining antics.

Then he joined the Bloodline. What could have been a simple, quick storyline of Zayn trying to join the most powerful group in the company only to be booted has turned into a months-long odyssey that is the deepest, most compelling story WWE has had in years.

Zayn first joined the Bloodline to protect himself and so he could command respect from the rest of the roster. Makes sense for a guy who lost to the star of the Jackass franchise. He was a weasel who was using them. Then his efforts became more sincere. Eventually, he stopped running away when the Bloodline’s enemies came after them and he started helping. He was using them, but now it felt like he just genuinely wanted to be with them. His conspiracy theory days left him with no friends left in the locker room, not even Kevin Owens. The Bloodline gave him that again, and so now he genuinely wanted to be their friend.

Week by week, Zayn’s efforts to join the Bloodline officially made him more and more popular. His needy efforts to be part of a group based on the fact they are all from the same Samoan family became the must-see segment every week. Not only was he making the audience laugh, but he was also visibly making his co-workers laugh. Watching Zayn get Roman Reigns and the Usos to break every week was infectious. It became impossible not to love him.

It’s All About Family

This part of the story is also where it gets the most interesting. Zayn is hilarious, but the Ballad of Sami Uso became more complex and interesting every week. Was he still using them, or were they using him? Will he get Jey Uso to trust him? Will someone turn on someone, and who will it be? We were laughing, but we were also asking all those questions and more. There has been tension, there has been elation, and everything in between. When Jey Uso didn’t trust him there was a legitimate worry for Zayn at points. There was also a point where it was plausible Zayn could get Roman to turn on his own cousin, Jimmy, on his own brother. It’s absolutely riveting family drama.

Kevin Owens has tried to talk sense into his former friend, telling Zayn that the Bloodline doesn’t really care about him. Zayn didn’t buy it and has stayed with the Bloodline and made it clear they’re more important to him now than Owens. The beauty of this story is that it’s so easy to both believe Owens and Zayn. There are still moments where it seems like Zayn isn’t safe from a Bloodline beatdown, but there are an equal amount of moments where it seems like they’ve genuinely accepted him into the family. That’s gonna make the eventual turn so much more impactful.

Wrestling is about stories, and the World Championship should be at the epicenter of the best of those. Cody Rhodes would make a great World Champion, and his coming back from injury to win the Royal Rumble and dethrone Roman Reigns for Dusty would make a good story. But there’s a better story already happening in front of us every week. There was a common belief early in the Bloodline story that Zayn & Owens winning the Tag Team Championships from the Uso would be the proper end. That was then and this is now. Zayn is now too popular with the crowd and too integral to the saga of the Bloodline for that.

Cody Rhodes winning the title would be a foreign entity coming into this story to make up a new ending. Would Cody dethroning Roman be a good ending? Sure, but it wouldn’t be the ending this story needs or deserves. The entire Bloodline story has been a saga of loyalty. Who is and who is not loyal to Roman Reigns? Sami winning the Royal Rumble would not only continue that thread of loyalty but also set up the perfect underdog story.

Sami Zayn winning the Rumble would give him the perfect catalyst for finally realizing that his loyalty to the Bloodline only goes one way. Zayn finally realizing that his affection for Roman was never genuinely reciprocated and then going on to take Roman’s title is the perfect end to this story because it also ties into the Usos. Jimmy genuinely likes Sami, and it seems Jey finally does as well. Roman has always been using them. The group started when he beat them into submission. Zayn breaking away to fight Roman for the title gives them the chance to realize through Zayn that Roman never cared for them either, he just cared about keeping the title.

We watch wrestling because we love the stories. The saga of Sami Zayn and the Bloodline is the top story in the company in both card position and quality. Anyone other than Sami Zayn winning the Royal Rumble and facing Roman at Wrestlemania is an interruption of that story. Stories are living things, they organically grow, and their needs change. Fighting that change never ends well, you must give a story what it needs to fulfill its full potential. What the Bloodline story needs isn’t a Rhodes Rumble win or anyone else. It’s Sami Zayn. 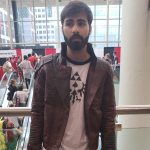