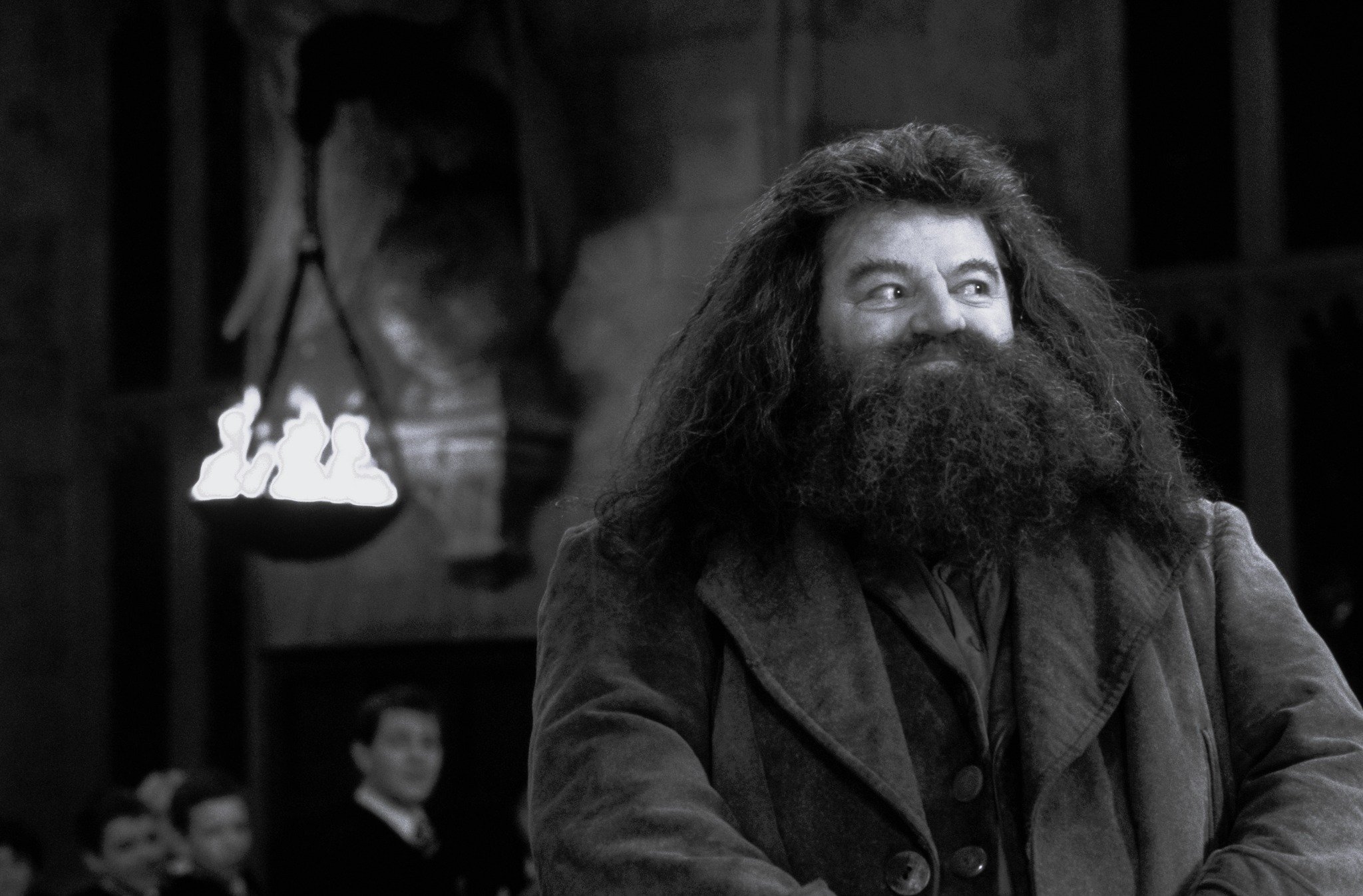 Remembering the career of Robbie Coltrane

Robbie Coltrane has joined that ever-extending 2022 list of fine acting talents who have answered that great celestial casting call.  And like the rest of them – from James Caan to L.Q. Jones to Angela Lansbury and the others – what we most note in his passing is how there is no replacement, no the-next-Robbie-Coltrane waiting in the wings.  There was – and will only ever be – one Robbie Coltrane.  “In real life, I’m 6’ 1” – each way…” but that was the measure of his talent as well as his intimidating bulk.

He will, of course, always be identified with his role as Hagrid in the Harry Potter films.  Even though he’d read the books to his kids, it was, ironically, a part he supposedly only took at their urging.  Like all the other notable UK actors who appeared in the series in recurring roles (and if nothing else, the Potter films are a showcase for the best in UK theater blood) – Jim Broadbent, Alan Rickman, Helena Bonham Carter, Gary Oldman, Maggie Smith, Michael Gambon, Ralph Fiennes and on and on and on – every obituary, every remembrance now and in the future has and will always include the phrase, “best remembered for his role in the Harry Potter movies…” or something like it.

It’s understandable; you play an indelible character in ten films over a decade in one of the most creative and commercially successful film franchises of all time, it’s gonna leave a mark!  Coltrane knew this as well:

“The legacy of the (Harry Potter) movies is that my children’s generation will show them to their children…So you could be watching them in fifty years’ time, easily…I’ll not be here, sadly…but Hagrid will, yes.”

Also like all those fine, brilliant veterans, there was more to him.  I’d go as far as to say – and without dismissing his work as Hagrid – that his most interesting work had come years before.

Anthony Robert McMillan had been fascinated by acting even as a child, although as he grew older his primary interest became art.  He was, however, frustrated by his limitations.  But then he turned his eye toward acting:  “It was just something I thought I might be good at.”

In his early years, he bounced between theater and stand-up comedy.  By the 1980s he was appearing regularly in small comedy films, but finally – and in what I consider to be his finest work – demonstrated his impressive dramatic muscle when he was cast as forensic psychologist Dr. Eddie “Fitz” Fitzgerald in the British cop series Cracker.

Series creator Jimmy McGovern conceived Cracker as a response to the hit BBC police procedural Prime Suspect; sort of positioning Cracker as the cop show version of The Rolling Stones to Prime Suspect ‘s The Beatles – bad boys, focusing less on procedure than on damaged psyches and emotional heat.

Although Coltrane (he adapted the name out of his affection for jazz) was not the series’ first choice, his three BAFTA awards testify as to just how perfect a fit he was.  Fitzgerald was a mess, and he was acutely aware of just how much of a mess he was:  “I drink too much,” he confesses in one episode, “I smoke too much, I gamble too much.  I am too much.”  And if that’s not enough, he’s a lousy husband and a worse father.  Perhaps one of the reasons he played the part so well is that Fitz suffered from a lot of the same crippling foibles which had cost Coltrane a fifteen-year relationship years earlier.

But when Fitz is first hired by the police as a consultant, he finds his niche; it is not only the one thing he does well – brilliantly, actually – but which, in his own self-condemnatory eyes, gives him value.  And then the mess that’s his personal life gets even messier when he develops a relationship with the female officer assigned to him (Geraldine Somerville).  Somehow, she manages to see through his bullshit, past his self-destructive vices, and find a Fitz to love.  But Fitz finding love and Fitz finding happiness are not the same thing.  Guilt, obligation, self-indulgence…Coltrane lays out all the colors in a rich, multifaceted performance.  Whatever his limitations were on the canvas, Coltrane was a master of the actor’s palette.

If in synopsis, this sounds vaguely familiar, Cracker does seem to be a prototype for House and there is an irony there; House star Hugh Laurie and Coltrane did appear together in the British comedy series, Blackadder.

If Fitz Fitzgerald came out of memories of the issues that brought down one relationship for Coltrane, maybe Hagrid came out of the Coltrane who survived that time and found a new partner with whom he raised children of his own and perhaps that gave him the key to connecting with the Harry Potter dynamic…and the young people on the set.  Daniel Radcliffe arguably provided an epitaph any actor would envy coming from someone who, at the time, was just finding his way:  “He was an incredible actor and a lovely man.”

House of the Dragon:  A Standout Performance and Fiery Finale Make “The Green Council” an Astounding Success