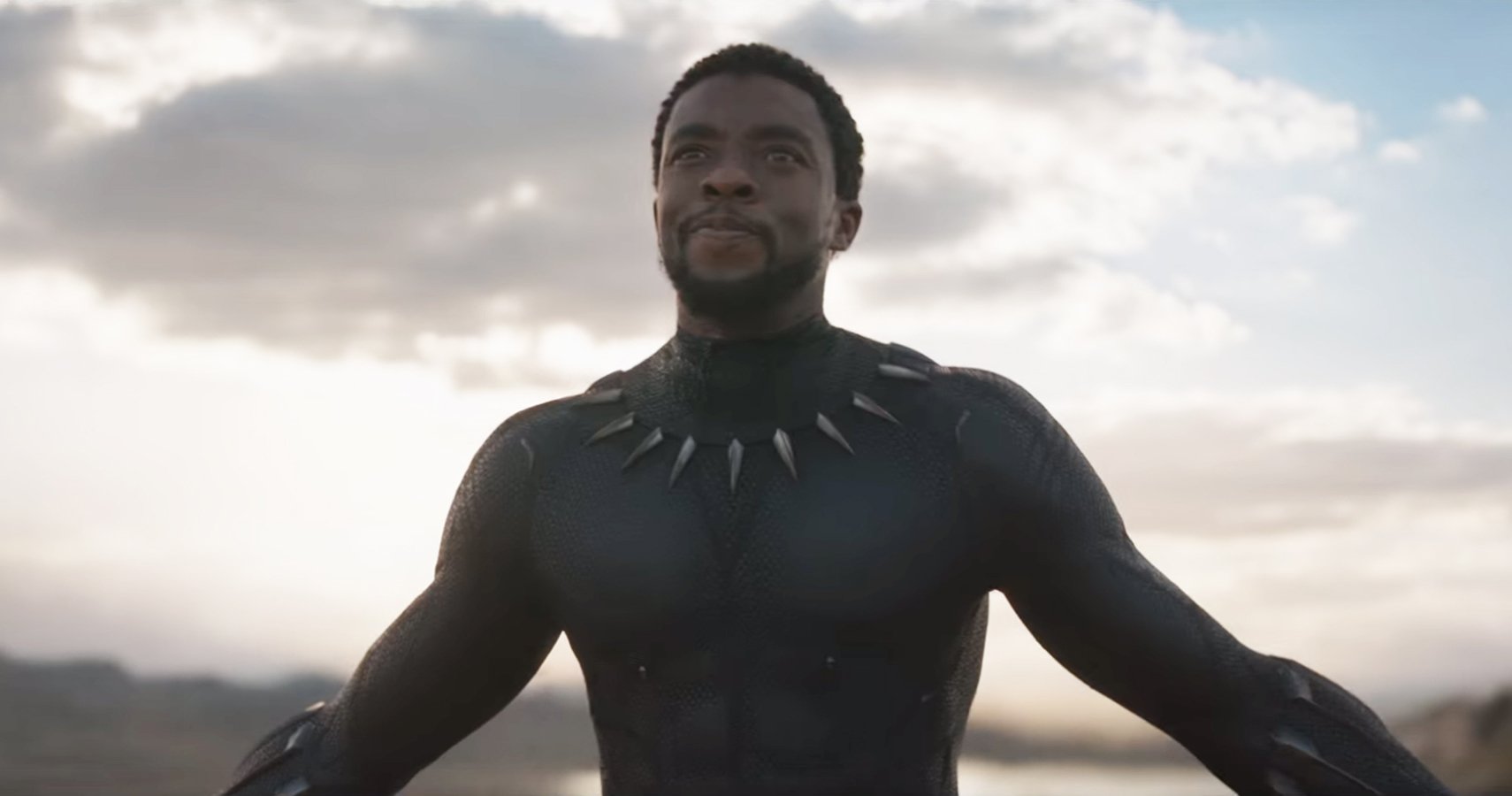 Black Panther: Wakanda Forever opens November 11th and there is certainly a buzz in the air. It’s a sequel to a highly successful 2018 MCU film, promises to open the world of Wakanda even more so than the original film, and brings back most of the talent behind and in front of the camera. Most of the talent. The sudden and shocking passing in 2020 of the first film’s star, Chadwick Boseman, meant that writer-director Ryan Coogler and MCU creative leader Kevin Feige were faced with the most unenviable of forks in the road. Recasting the protagonist or somehow wove the real-world tragedy into the sequel.

Sadly, life isn’t always fair. This is far from the first time that Hollywood has had to deal with the dreaded circumstance of handling the next instalment of a series, or even a movie currently in production when one of its cast members passes away. It goes without saying that the behind-the-scenes conversations must be gut-wrenching, regardless of the solution. Today we look at the Wakanda Forever situation a bit more closely and compare it to previous projects that were similarly hindered.

A King Dies, but Should He?

Everyone in their right mind knew there was going to be a sequel to 2018’s Black Panther. It made too much money, was too well received by audiences and critics alike, and had too large a role to play in the MCU for it to be a “one and done.” Then came the unbelievable news in August 2020 that Chadwick Boseman has succumbed to colon cancer.

In a conversation with Empire Magazine in September, the face of the MCU Kevin Feige explained that, through conversations with the creative team, most notably Coogler, it was felt that it was simply “much too soon to recast.” Boseman’s interpretation of the titular hero and its impact on many moviegoers merited something different, something that touched both the real-world moviegoers and the characters in the series. And here we are with Wakanda Forever in theatres, but no T’Challa in the mix. In the film’s defence, the reviews are positive. Much of the praise concerns the picture’s elegiac quality, even if it’s a bit sombre.

For the unaware, there has been a movement to have the character of T’Challa recast. A change.org petition exists, for example. Voices calling for such a decision have grown vocal enough for relatively popular entertainment news channels like The John Campea Show to dedicate an entire segment to the topic. The recurring argument is that, while Boseman’s qualities as a thespian helped create the cinematic hero, the character of T’Challa itself also resonated with audiences worldwide. Therefore, to be deprived of said character, even under such lugubrious circumstances, is the wrong thing to do.

Hey, What About Consistency?!

Fans arguing that T’Challa should in fact live on in the MCU were recently provided even more ammunition.

William Hurt had dabbled in the franchise over the course of 13 years as General Thaddeus Ross. Sometimes it was a strong supporting role, such as in The Incredible Hulk, and other times for smaller cameos that helped advance the plot, like in Black Widow and Captain America: Civil War. Unfortunately, the actor passed away in March 2022 from prostate cancer.

A few months later, in October, it was announced after much speculation that Harrison Ford would be taking over the role. Understandably, people who vouched for their favourite character T’Challa to also continue existing in the MCU were disappointed. It’s a delicate situation. The answers are not easy to digest, and no one would want to be in any Hollywood studio office having to tackle such a problem. It can, however, be argued that General Ross was not as important a role. He played his part in several of the films but poll most people on the street as to who, between T’Challa and General Ross, most people care about (or even know about). Odds are they won’t say General Ross.

Does that diminish the points made by those who long for the original Black Panther to return? No, it doesn’t. It’s an emotionally charged topic and the first film touched a chord with many people. On the flip side, context matters, and, with due respect to General Ross, there’s little comparing the cultural impact of those two characters. One assumes the recasting was comparatively easy.

The Magic of Recasting

Wakanda Forever is not the first instance of filmmakers and studios being confronted head-on with this predicament. In fact, another extremely popular franchise had to deal with the impromptu passing of an actor portraying a key role.

Lest it is forgotten that in the Harry Potter films, the stately figure of Dumbledore was played by Richard Harris in the first two entries, The Philosopher’s Stone and The Chamber of Secrets. The thespian’s health was worse for wear shortly before the release of the second film in the autumn of 2002. Hodgkin’s lymphoma plagued him, yet he pleaded with the next film’s director, Alfonso Cuaron, to not recast the part because he hoped to still be on set. Cancer claimed the Irishman, forcing the director and Warner Bros to make some big decisions.

After a thorough search, fellow Irishman Michael Gabon was draped in Dumbledore’s attire and played the role for the rest of the series. It’s another example of a supporting role being recast between films following the original actor’s demise, albeit one that carried more weight than General Ross in the MCU.

One of the strangest coups in film history, a veritable coup de grace of creativity, came during the production of The Imaginarium of Doctor Parnassus. Heath Ledger was to star in Terry Gilliam’s whimsical fantasy flick, but as we learned tragically in the winter of 2008, the Australian actor had died. Worse still (within the context of the filmmaking process), production had begun. It’s said that Ledger had filmed about one-third of his scenes. Rather than scrap the project or start again from scratch, it was decided to recast the eponymous character with several actors, one for each fantasy world the story visits. Johnny Depp, Jude Law, and Collin Farrell all stepped into Ledger’s shoes to help Gilliam out.

There have been some examples in Hollywood history when time was of the essence or budget constraints demanded some creativity, sometimes to dubious results.

A recent story was about how director James Wan and his team completed the production of Furious 7 in the aftermath of Paul Walker’s passing. The slimmest of silver linings was that the beloved cast member had completed most of his scenes, so it wasn’t as if too much heavy lifting was required. The departed’s brothers, who have similar stature and physic, filled in for some necessary coverage shots. More spectacular is the picture’s closing moments. Protagonists Dominic Toretto (Vin Diesel) and Brian O’Conner (Paul Walker) go for one last fast drive down a quiet road before their cars’ paths diverge. The shot of Walker looking and smiling at Diesel is a composition of one of his brothers in the car with computer wizardry handling Walker’s face. As terrible as it sounds on paper, it was widely considered to be a fitting and touching ending.

An older instance was Oliver Reed’s passing during the production of Ridley Scott’s Gladiator. For example, to complete the scene in which Reed’s Proximo visits Maximus (Russell Crowe) in prison, a similar technique to that for Furious 7 was employed. While that sounds boring, consider that Gladiator was released in 2000, and mostly shot in 1999. Digital effects and programs were not as sophisticated then, thus complicating the task.

And what about when no computers are around to facilitate the challenge after the main actor passes away having filmed less than half their scenes? Glue something together with stand-ins, disguises, and previously unused footage of the star. We are talking of course about the legendary martial arts film, Game of Death, released in 1978 and starring Bruce Lee. Only, not always starring Bruce Lee. Filming had begun in 1972, which is when the star died unexpectedly of cerebral edema.

Golden Harvest, the studio producing the picture, understandably cancelled the project, but not for long. A few years later it was decided to bring in Enter of the Dragon director Robert Clouse to complete the film. Granted, rewrites were required (Lee’s character had gone through plastic surgery) and actors wearing shades and shot from behind (sometimes in terrible lighting) were cast to fill the iconic shoes. Game of Death is certainly a strange beast. On the flip side, it has its fans and lives on in martial arts film history as a unique, bizarre, and strangely entertaining piece of cinema.

As disappointed as some fans are that T’Challa is no longer a figure in the MCU for now, compare Marvel’s decision to that of its parent company Disney, who decided to revive Peter Cushing for Rogue One as a digital creation. That was resoundingly mocked.

Earlier this year there were strange reports about Bruce Willis selling the rights to his likeness for future films. It was expediently debunked by Willis’ representatives. Then again, when reports such as that begin to surface, and with the Rogue One controversy fresh in the public’s mind, one begins to wonder how future Hollywood might handle situations like that of Chadwick Boseman. Deepfake technology is a thing and it’s used regularly.

How filmmakers handle such a dire context can be looked back on as marvels of inventiveness (Doctor Parnassus) or dubious (Rogue One). Other times, certain decisions are made because of how a character and, most importantly, an actor affected people worldwide. “Wakanda Forever!” will be proudly cried by its denizens on screen for years to come. No one doubts this. Who will lead the chant post-Wakanda Forever, or several years down the road? The MCU is a multiverse game now, so maybe the character can be recast eventually.

But if a recasting is decided upon, the next actor will have big shoes to fill. Boseman wasn’t even in the MCU all that much. A supporting role in 3 films (and he’s barely in Endgame) and only starred in 1. That’s how grand his impact was on many people. Suffice it to say, few envy the decision-makers.

A Trip Down Two Nightmare Alleys: How Both Movies Compare