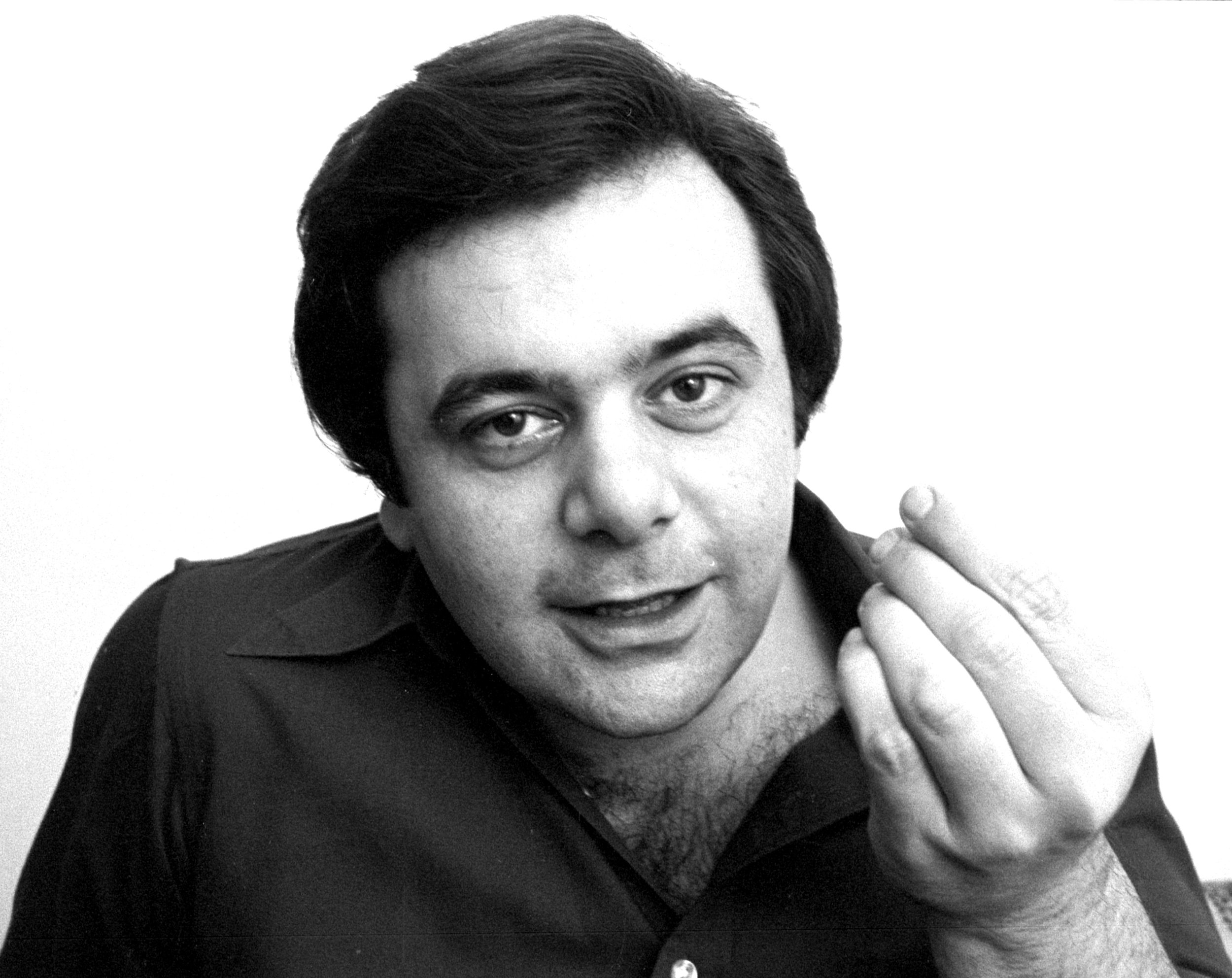 “I Thought I Was Boring”

That’s what Paul Sorvino, whom we lost this month, said about his performance as Mob boss Paulie Cicero in Martin Scorsese’s Goodfellas (1990).  And yet it’s probably the role he’ll be most remembered for, something about which he had mixed feelings.

“Most people think I’m either a gangster or a cop…,” he once told an interviewer.  “It would be nice to have my legacy be more than that of just tough guy.”  But one of the downsides of celebrity is the celeb often doesn’t get to choose what he or she is remembered for.  Maybe the problem was Sorvino did so much work and it was so varied, it was almost inevitable that the one piece that was particularly striking would stick in a way the dozens of other credits wouldn’t.

Starting out on the stage, Sorvino made his first film appearance in Carl Reiner’s hysterical – but totally un-PC – Where’s Poppa? (1970) as a frazzled, callous one-man senior citizen home operation.  Asked by a concerned George Segal how many residents he’s taking care of, Sorvino, slopping out oatmeal for his “guests” gripes, “I dunno, sometimes they go in the night,” then barks at some of the oldsters sitting outside:  “You want lunch, you move your ass!”

He was never a star, he was a working actor, compiling a mountain of credits over a half-century career, some of them hardly memorable.  In fact, he was working steadily up until he died, with two projects currently in post-production.  He did a ton of work on TV, a lot of it not particularly memorable (Paulie Cicero guesting on Murder She Wrote?), some of it rather gutsy like the 1974 TV movie It Couldn’t Happen to a Nicer Guy where he played a man raped at gunpoint by a woman, and even voice work on cartoon Duckman:  Private Dick/Family Man.  One of the TV credits that does stick with people is his season on Law & Order, replacing George Dzundza.  But as was the case with Dzundza, the pace of pumping out an hour of drama every week was exhausting, and Sorvino felt there were other things waiting for him to do:  singing (he loved opera), sculpture (he did a bronze of playwright Jason Miller, author of That Championship Season for which Sorvino received a Tony nod)

And, of course, there was an equal pile of big screen work.  It’s a bit poignant that one of his strong early roles was a bookie to recently passed James Caan’s compulsive bettor in the noirish The Gambler (1974).

But he’s stuck with Paulie and as much as it might’ve grated on him, it’s his own fault for being perfectly cast and doing such a damned good job. “Paulie didn’t move fast; he didn’t have to,” Ray Liotta’s voice over says over a shot of Sorvino sitting in a backyard, slowly munching on a sausage sandwich.  In his best roles, Sorvino managed a gravitas to manage his imposing size, and Paulie Cicero was the best example of that.  And yet, his Paulie had this other side to him, a place that despite being someone who could destroy a civilian’s business or order a hit without flinching he could be hurt.  I’ve always thought one of his best scenes is toward the end of Goodfellas where Ray Liotta’s Henry Hill, having been busted for drugs and now broke, goes to Paulie for help.  Paulie’s hurt:  Hill has been lying to him about his involvement in drugs – “You made a jerk outta me!” – yet Paulie hands him a wad of cash.  But that ends it between them:  “Now I gotta turn my back on you.”

My father the great Paul Sorvino has passed. My heart is rent asunder- a life of love and joy and wisdom with him is over. He was the most wonderful father. I love him so much. I’m sending you love in the stars Dad as you ascend.

Several hours after he told an interviewer he thought he was boring in Goodfellas, he came back with a reappraisal:  “Do you know, I’m kind of coming through a clearing here and I’m thinking that’s not a boring movie, that’s a good movie, that’s a great movie maybe, and I’m really good in it!”

But whether it was guesting on Murder She Wrote or The Goldbergs or becoming a Warren Beatty favorite and showing up in three of his films, that’s the thing about working actors:  they’re always “good in it.”  Always.

In Fat City, the American Dream Gets Outboxed