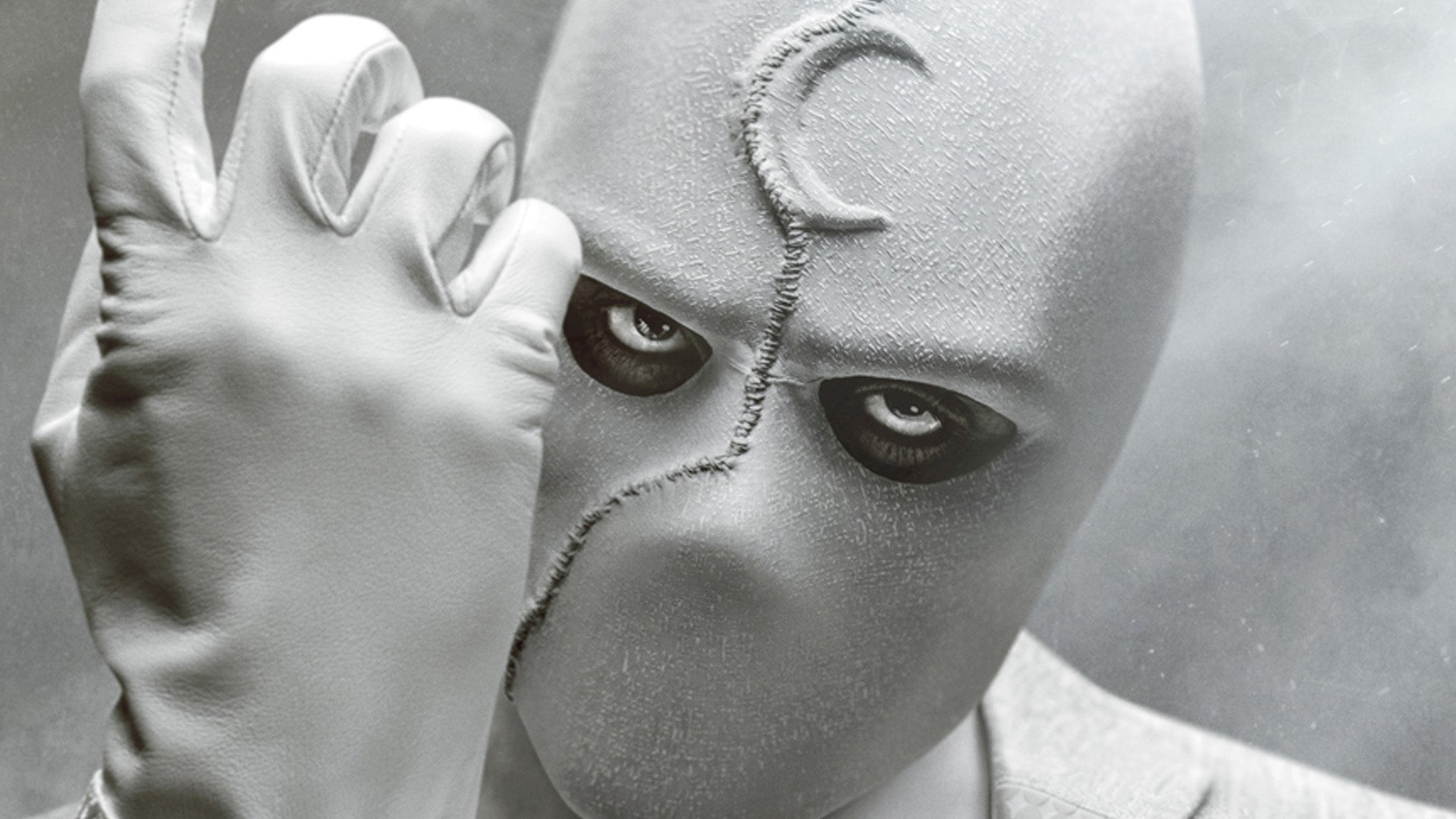 I may have crabbed about them from time to time on this site, but I don’t dislike superhero movies.  In fact, I’d be hard put to remember one – even ones I was coaxed, cajoled, or arm-twisted into seeing – that I didn’t enjoy to some degree or another.  Ok, there were a couple of later Supermans I could’ve done without, and Ant-man (2015) seemed about as boilerplate as the genre gets, but, for the most part, I’ve had fun with them.  For instance:

Even though I’d been giving the last Spider-Man incarnation a skip, my wife talked me into watching Spider-Man:  No Way Home (2021), and I thought it was a hoot (especially since I’d seen all the Tobey Maguire and Andrew Garfield Spider-Mans); and as far as superhero drollery goes, Benedict Cumberbatch’s Dr. Strange fills the void left by Robert Downey’s departure from the Marvel universe with grin-inducing deftness.  It was nice to see a Black superhero for a change in Black Panther (2018), and an empowered female superhero in Wonder Woman (2017), and while I know some purists had issues with Taika Waititi’s loopy take on the genre with Thor:  Ragnarok (2017), I thought the genre was due for a little self-parody and when I wasn’t laughing I was smiling through most of it.

True, I’m not nuts about the way superheroes have come to dominate the top end of Hollywood moviemaking, but there’s still plenty of good, life-sized stuff out there.  It may take a little effort to find it, but there are still some pretty good movies to find featuring characters whose only superpower is that, well, they’re like, you know:  people.

But here’s what my problem’s been:  if you’re an older movie geek – as I am – age works against you, not so much because your tastes fall out of step with the time (although that can happen), but because, well, in a time where most of the big releases of the day seem to be sequels, spin-offs, cross-pollinations, clonings, and remakes, it’s hard not to get a little been-there-done-that fatigue.  You start saying to yourself, How many incarnations of Batman do I need?  (four if you count the campy 1960s TV series – yes, I’m old enough to have been around for that).  How many Spider-Mans?  (three…or four, if you count the 1977 TV series…or five if you count the 1967-70 animated TV series).  How many Supermans?  (with all the TV spinoffs, I gave up counting.)

I’m not saying they’re bad.  Well, yeah, some are, but some are just as good as the prototypes, some are better, some are just different, and with bigger budgets and more advanced special effects they’re all certainly more spectacular with each go-around.  But, at a certain point everything seems so damned familiar.

It’s not just because it’s the same bunch or type of characters.  Look, it’s nice that occasionally a new wrinkle gets thrown in (Black superhero; joking around in Ragnarok; Zack Snyder’s penchant for the gratuitously grim, which I could live without but you get my point), but let’s face it; unless someone’s multi-pic contract is up so it’s ok for them to die in one of these things, you pretty much know how things are going to go.  For all the jokes in Ragnarok, for all the talk about Black empowerment in Black Panther, the overall architecture doesn’t change:  there’ll be some point near the end where the hero (or band of heroes) looks like it’s all over for them, but then, with a last bit of ingenuity and summoning up a last ounce of grit – ta-dah! – they turn the tide and Good emerges victorious over Evil!  Again!  And again!  And again!  Point is, you don’t go to one of these things to have your expectations challenged; you go to have them satisfied.

Journalist, author, and editor Christopher Booker is the guy who came up with that business about there being only seven basic plots in the world.  I used to quibble with that, but when I think back over the incessant parade of superhero flicks I’ve watched go by in the last twenty-thirty years, I start to wonder if there’s even that many, at least in the genre.  The way some superheroes keep getting recycled – Spider-Man, Superman, and Batman being prime examples – I sometimes think this is moviemaking for people with no long-term memory; it’s new and novel to them only because they haven’t been on the planet as long as I have (or they just love these things to pieces).  It’s like that bit from Groundhog Day where Bill Murray muses on the nature of God:

Maybe he’s not omnipotent, he’s just been around so long he knows everything.

Which is why it’s hard for me to gin up any interest when the next iteration rolls out.  Which is also why when my wife, who really likes superhero flicks, asked me to watch the Moon Knight miniseries with her, I did so more out of marital obligation than interest.

And then a funny thing happened.  I found a reason (actually, reasons) to love superhero stories again.  Well, this one, anyway.

I’ve never read the Doug Moench/Don Perlin comic, didn’t even know there was one, so I went into Moon Knight without any preconceived notions about how it should play (other than my preconceived notions about how all superhero stories, more or less play).  But from the opening scene, when Oscar Isaac’s mousey Brit Steven Grant wakes up and trips over the shackle he’s attached to his own ankle, for the first time in decades, I didn’t know where the story was going.  And then we get introduced to this other…what?  Entity?  Personality?  Whatever:  hard-nosed, tough-as-nails Yank Marc Spector.  Poor Steven finds himself in threatening circumstances, and the next thing he knows, there are broken bodies around him.  There’s this weird critter that we come to learn is an Egyptian god (?!?!?!) that looks like an acid freak’s vision of a vulture, and it somehow has something to do with why Steven and Marc are inhabiting the same body and why they’re capable of becoming this other…thing:  Moon Knight which in more familiar superhero fashion, can kick ass royally.

By the second ep, I was in love with the series, and with each new installment, I was gripped even harder.  I never knew where it was going (over the last two episodes, I couldn’t even tell what was supposed to be real!), and any answers to the puzzle of Grant/Spector only deliciously brought a new slew of questions.

But the series really grabbed me in the penultimate episode, which has got to be one of the most dizzying and heart-wrenching bits of storytelling I’ve seen on the tube in a long time.

Most superheroes are born out of a tragedy.  Spider-Man decides to become Spider-Man after poor Uncle Ben gets killed by a common thief.  Batman becomes Batman haunted by the murder of his mom and dad.  The thing is, as tragic as those events are, they’ve always played – to me, anyway – more as a plot device to get things going, those tragic tones tending to fall by the wayside as the superhero of the moment moves on to save a city, the world, his sweetheart.

But in Moon Knight, it takes us five episodes to peel off the last layer of the onion and see that Steven/Marc is the psychological product of a very life-sized, mind-shattering tragedy:  a young boy’s guilt over being responsible for the accidental death of his younger brother, a loss that breaks his mother and turns her abusive, and that, as a guilt-ridden adult, turns Marc self-destructive.  For the first time in my superhero movie experience, the triggering tragedy felt actually tragic!  It had heft, it had dimension, it felt real.  And that meant painful.

Along with the fifth episode’s director (Mohamed Diab who directed most of the series) and writers Rebecca Kirsch and Matthew Orton, hats off to Oscar Isaac.  By the second episode, I was no longer conscious of the FX gimmickry necessary to have Steven and Marc act against each other, or even that I was watching the same actor play both parts because Isaac so fully and richly inhabited each personality.  But in that next-to-last episode, watching Marc trying to protect Steven from the true nature of how they’ve come to exist, well, the pain, the heartbreak, and the despair at the revelation…  If Isaac isn’t at least nominated for an Emmy, then Egyptian bird-god Khonsu should reek a bit of Moon Knight-caliber vengeance on the collective ass of the Academy of Television Arts & Sciences.

But here’s the capper for me.  Steven and Marc are now two fully realized beings in that episode, jumping back and forth in time, in realities – it’s one of the most head-spinning pieces of TV storytelling I’ve seen since the last mind-blowing episode of The Prisoner – and it ends with them running down a hall in the white-on-white asylum in which they’ve been lost, heading toward a closed door which suddenly opens and…behold!  Hippopotamus-headed Egyptian god Taweret.  Steven and Marc freeze, mouths agape, eyes wide in fear and amazement at this threatening apparition, and then, the god speaks…in a girlish little, “Hi!”

The final episode was a bit superhero-familiar; big battle between the Good Guys and the Bad Guys and I’m sure even if you’ve never seen the series or read the comic, you could pretty much bet the farm on how it comes out.  Don’t get me wrong; well done, spectacular particularly for TV, but not exactly novel.  Still, in the context of the series, I have to admit:  satisfying.

But even then, the series left me with a delicious tag with the introduction in the very last minute of yet another personality in Steven/Marc’s already crowded psyche which fans of the comic know as ruthless killer Jake Lockley.

It’s been a long time since a superhero story surprised me, kept me guessing, or got anywhere near my heart.  When I heard the news that there wouldn’t be another season, but that Moon Knight would probably be integrated into the feature Marvel universe, I was a bit sad.  It’s hard not to imagine that sucked into that combine, the character might become a little – sigh – rote as they often tend to do.

I don’t know how many superhero movies I’ve seen.  Counting from 1978’s Superman:  The Movie, well, it’s a lot.  But I could probably count the moments I remember on one hand.

But that big hippo in Egyptian garb and her tiny-voiced, “Hi!”?  Unforgettable.  And for that moment, and for those six episodes, I was as hooked as I was forty-four years ago watching Christopher Reeve zipping around over Metropolis.  That’s what good storytelling on the screen – large or small – is all about:  creating moments we remember.

From Polka Festivals to Game of Thrones: The Ascendancy of HBO Originals